This Fish Is Cooked

Usually by the time I finish something that has been a slog, I'm sick of it. In this case, though, it's quite the opposite.

Let me take you back to earlier in the summer, when a trio of Polwarth braids arrived from All Spun Up as part of the summer "go fish" spinalong. The first braid was spun up rather quickly during the Tour de Fleece. When it was finished, I eagerly started the second braid, anticipating a quick finish to that one as well. 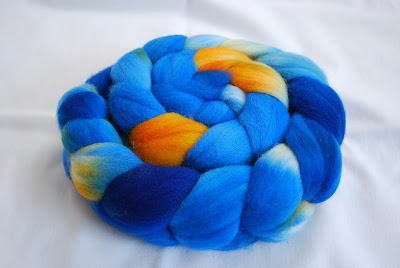 Alas, that happy ending was not to be. In part due to the fact that I was spinning extremely thin singles and in part because a certain someone greatly limits my spinning time, this fiber was on my wheel for well more than a month. In order to preserve the colors, I decided to chain ply this yarn, which meant that I started at one end of the top and spun it all the way to the other end. When it came time to ply, I was determined to do it quickly -- and I did, taking less than a week to do the job. 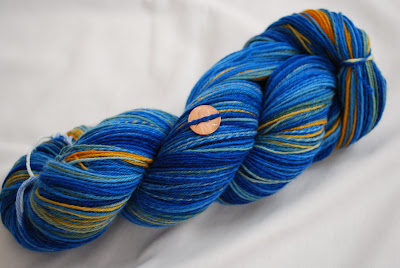 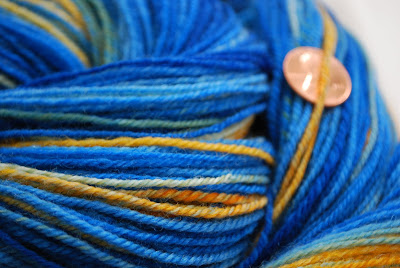 As pretty as it is, I'm absolutely flabbergasted by the yardage I achieved -- roughly 573 yards from 4.25 ounces, by far the best yardage I've ever gotten when spinning what is (more or less) sock yarn. It also explains why it took me so long to spin the singles; the final yardage means that I started with more than 1,600 yards of singles. 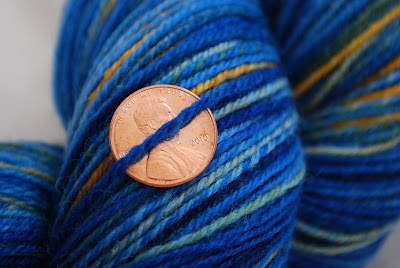 This may be my favorite of all the yarns I've spun. The only problem? I don't know if I'll ever find a project worthy of it.
Posted by Sarah at 8:40 PM

Email ThisBlogThis!Share to TwitterShare to FacebookShare to Pinterest
Labels: All Spun Up, Handspun, Spinalong, Spinning Sundays