A Needle in a ... Nevermind

Much to my surprise, I finished spinning up another yarn this week -- my third for the month. This fiber came from deep stash; the information with the photo on my Flickr account tells me that I uploaded the picture of it in June 2008, which means that I purchased this fiber right around the time we moved into our house. This was four ounces of BFL from Sakina Needles, purchased from the Loopy Ewe, in a colorway called Smokestack (not "haystack," as I kept thinking). 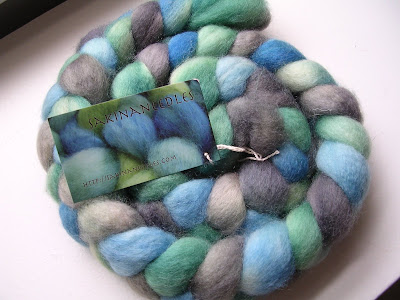 I liked doing singles so much on the last spinalong I participated in that I decided to do them again for this yarn. Laceweight singles, to be specific. I ended up with approximately 531 yards -- a bit less than I was hoping for, but still a respectable yardage. 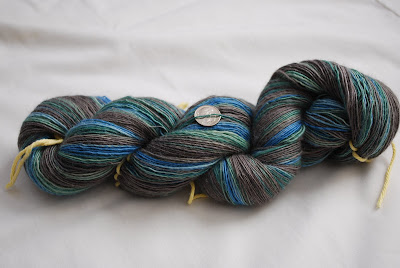 By their nature, singles can have extra twist in them because they're not plied, so to make sure I didn't have a twisty mess on my hands, I fulled the yarn slightly by alternating wet and cold soaks and then thwacked the life out of it. There are still some kinks and waves here and there, but because I plan to use this for lace that will be blocked, they shouldn't be a problem. 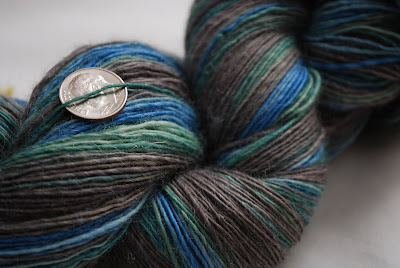 BFL is great for singles. It has a beautiful sheen and a slight halo. I'm not going to be knitting this up in the immediate future, but I think it might become a Citron one day.

Finally, because you asked, here's another Rainbow picture. This was taken last Saturday after a trip out to the hair salon (Mommy needed a cut badly!) and lunch. She was wearing more handknits than I was! 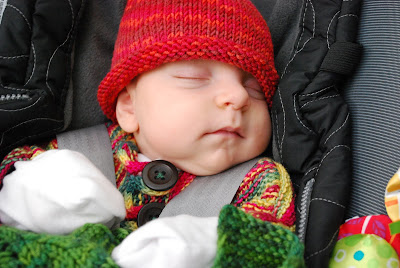 I thought she looked quite stylish in her Tomato Hat and Socks That Rock BSJ, and her Chalice Blanket was definitely keeping her quite cozy!
Posted by Sarah at 2:31 PM 6 comments: 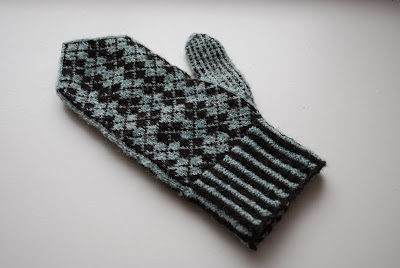 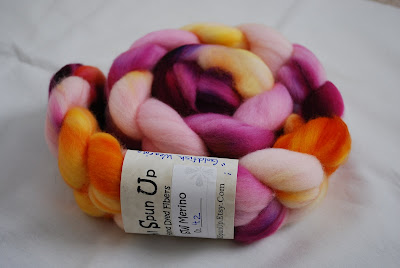 Time has been flying here. Rainbow is now two months old, and I have to go back to work in a little less than a month. I'm going to miss my little one when we're not together all day -- though it will be nice to have someone else change her diapers every now and then!
Posted by Sarah at 9:43 AM 8 comments:

After the last spin took more than a month to complete, I knew I had to spin faster or thicker to make up time and stay on track with my goal of spinning each month's club fiber in that month. Faster probably isn't a realistic option, given my limited spinning time, so thicker was the answer for February. That seemed the right choice, anyway, for this fiber -- take a look at these bright colors! 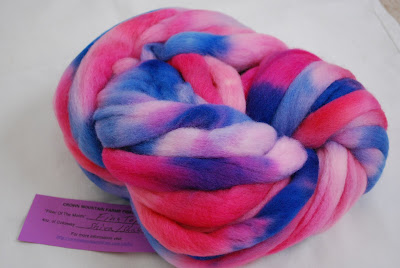 This four ounces of Finn top from the Crown Mountain Farms fiber club just begged to be a bouncy, tightly twisted, barberpoled two ply. And that's just what I spun. 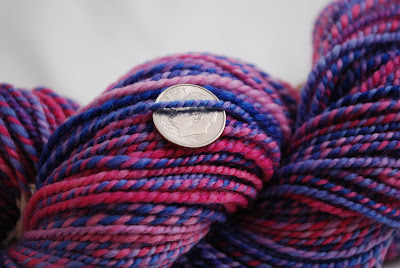 I got about 206 yards of two ply that ranges from about sport to about DK weight (I'm definitely better at spinning more evenly when I'm spinning thinner). There are spots where both plies are the same color, more or less, but the majority of the skein is nicely barberpoled. 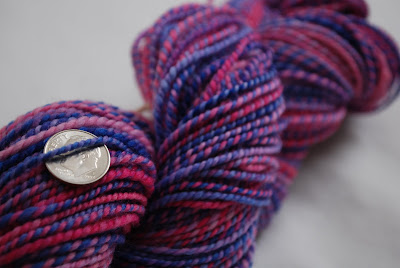 I'm not quite sure what I'm going to make with this yarn just yet, though I'm thinking it might make a nice pair of mittens one day. Supposedly Finn is good for felting, so I think a cozy pair of mittens that slowly felt with wear will be just the ticket. This was my first time spinning with this fiber, and I definitely enjoyed it. It's softer than the Falkland I spun last, though not as soft as merino, and has a longer staple length, similar to BFL. 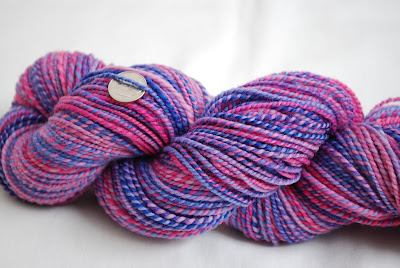 The colors in real life are somewhere in between this photo and the ones above. They are quite vibrant, and something tells me that Rainbow will really like the pinks and purples when she gets a little older.

Speaking of Rainbow, did someone ask for more baby pictures? 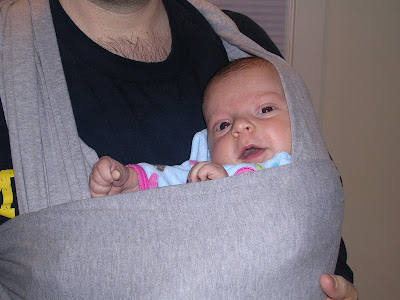 This is how the Mister can hold her and be on the computer at the same time. She really likes being bundled up like this.
Posted by Sarah at 1:53 PM 7 comments: 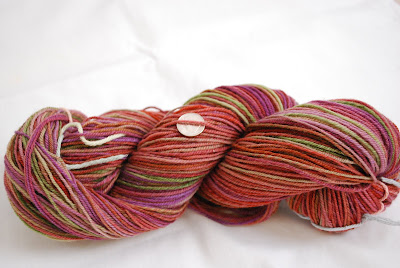 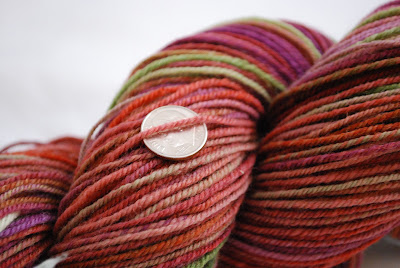