I've continued to work on Rainbow's sweater, which I've come to think of as "the pink thing" because it's so not my colors (I'm not a big fan of pastels in general). I finished the second sleeve and cast on for the body on Friday night and then got a few inches of body done at my LYS on Saturday afternoon. 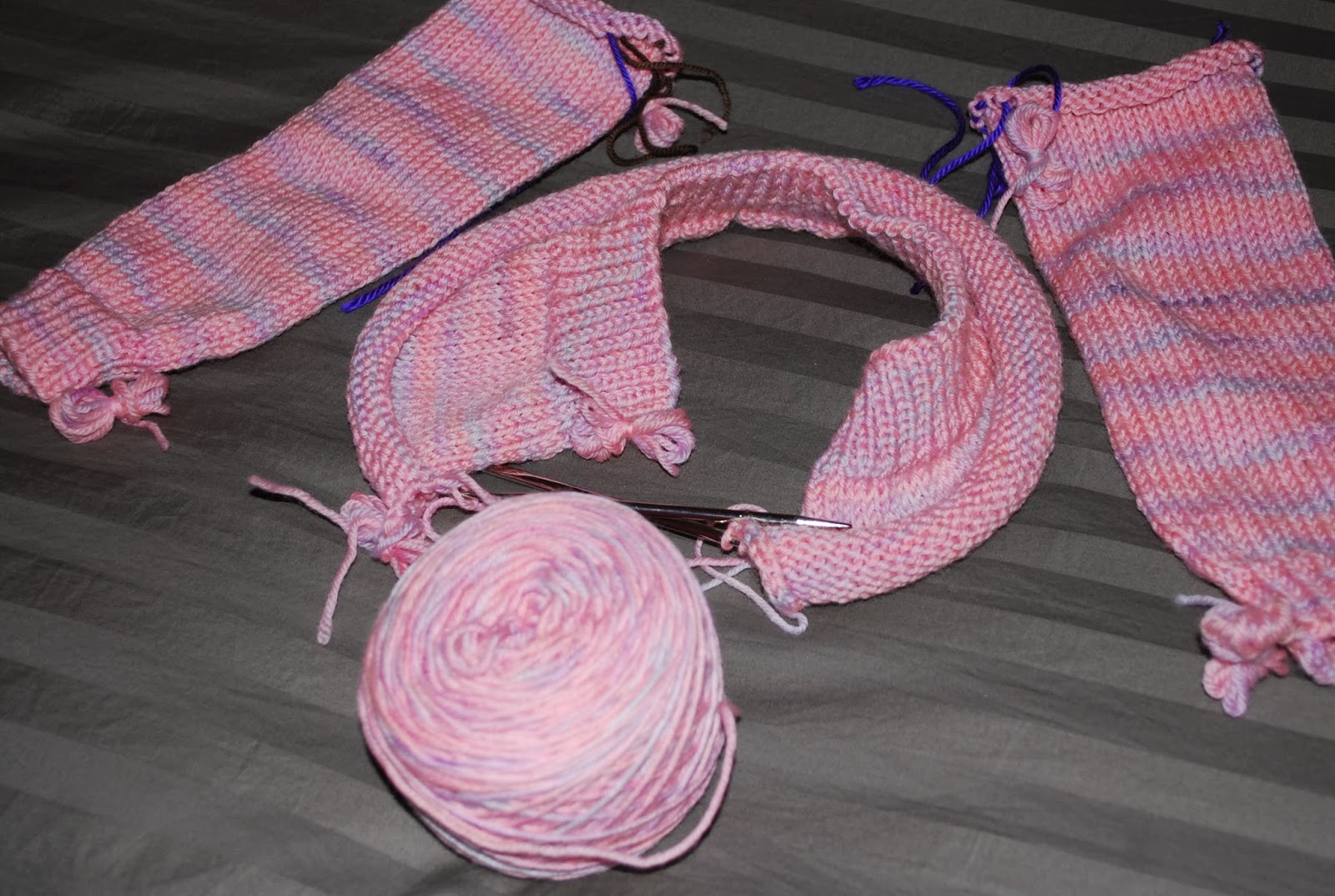 This weekend was Rainbow's fourth birthday (how time flies!), and in keeping with some sort of weird tradition, she woke up completely congested on Saturday morning and had a bit of a fever by midday. I'm thinking it was some sort of 24-hour bug, because she was fine by Sunday afternoon -- which is when she seems to have passed it along to me, because after her party on Sunday I collapsed in a heap feeling like I had the flu. At least this year was better than when she turned one and both she and the Mister had the stomach flu.

This is a long way of saying that I didn't get much done on the sweater after Saturday, but I am about halfway done on the body. I'll be taking it to my last knit night of the year tomorrow evening and hope to add at least a couple more inches. With any luck, I'll get to the yoke -- the fun part -- by the weekend. I think finishing it in time for her to wear it to Christmas might be a little optimistic, but I might find some buttons just in case. Worst case, I can work on it in the car and while we're visiting our friends for the holiday (in which case she'll have it in time for us to go to Florida, ha).

Meanwhile, I made another alarming discovery on Sunday when I opened my sock drawer to pick out socks for the next day: Yet another pair of STR socks had developed a hole. These socks were knit just before we moved into our house, so they're about five and a half years old. They were among my favorites, so they have been worn a lot, but it was still somewhat of a shock. 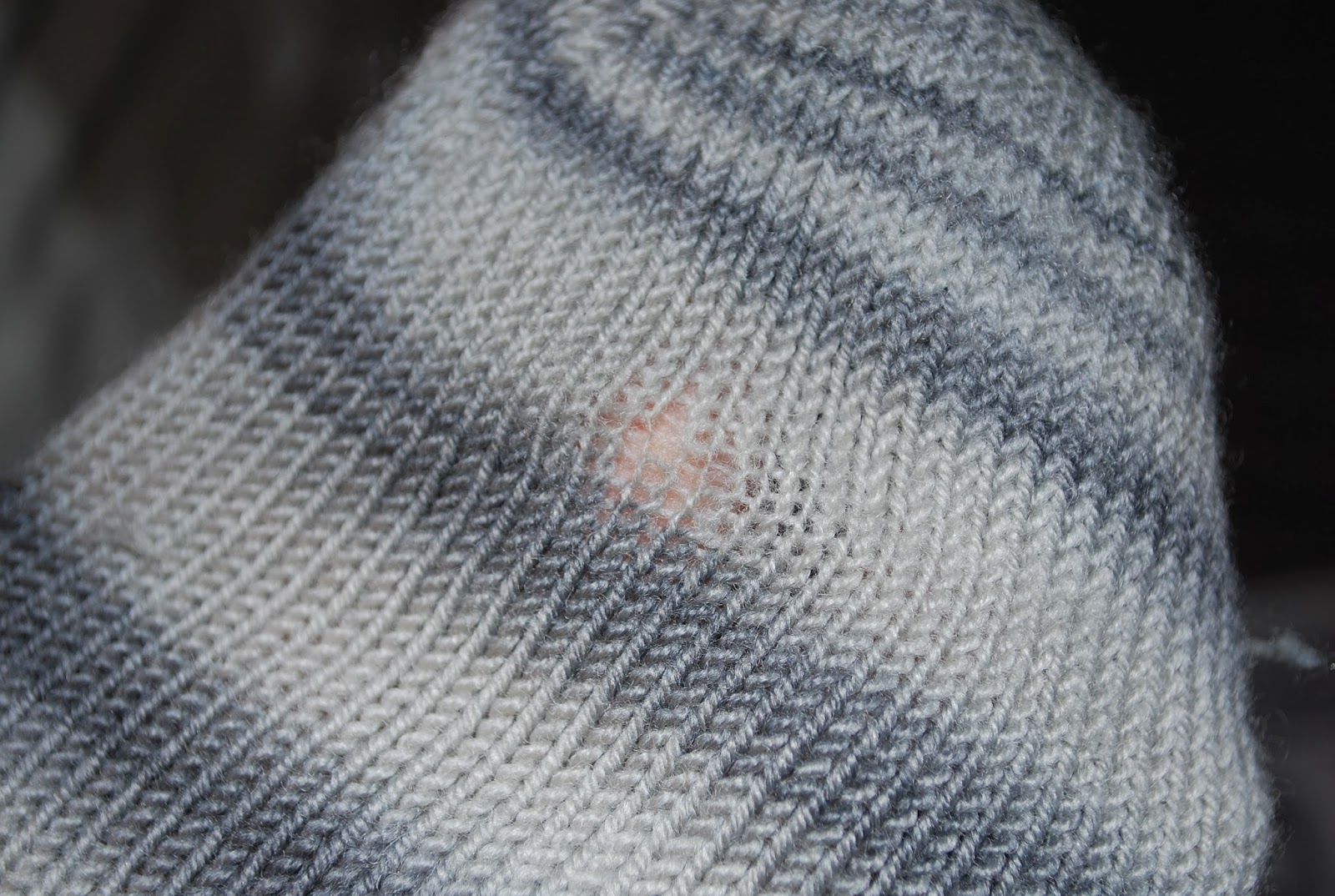 I may try to find some yarn that matches well enough to darn this hole, though I'm guessing that may only be a temporary stopgap as far as these socks are concerned. I suppose this is a sign that I should really knit up the several skeins of STR that have been marinating in my stash for the past several years!
Posted by Sarah at 8:44 PM