I had way too much fun knitting this little sweater and even more fun photographing it. 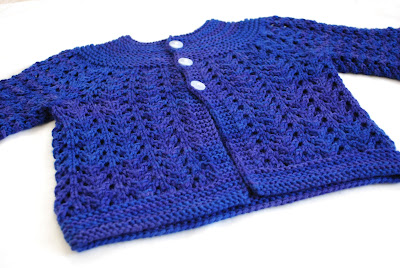 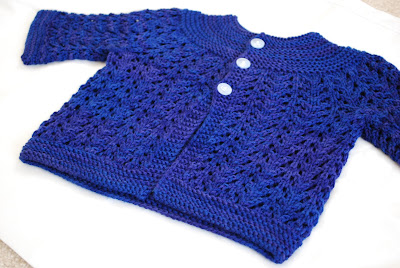 This little darling of a sweater is for the daughter of some friends of ours who is due to make her grand appearance sometime in April. I was thrilled to hear that they were expecting a girl, because much as I love knitting for all babies, girls are just so much more fun. It'd been a while since the last February Baby Sweater, so I didn't have to think much about what pattern to knit.

The choice of yarn was almost as easy. The mom-to-be is not a knitter, so something easy to care for was in order. I knew immediately that I wanted to use the Cascade Superwash Paints because I'd enjoyed using it so much for Luke and Leia's sweaters. All that remained was to pick a color -- something that would look good on a girl but not a pastel. The minute I saw this shade, I was sold. (Truth be told, I think someday I'd like to knit myself a sweater in this very colorway.) 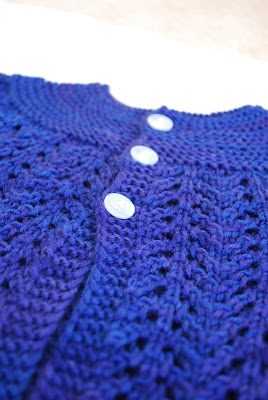 The buttons, though they're hard to see in these shots, were pulled from my craft store grab bag. They're translucent with just the slightest hint of purple, and I think they're a good match. 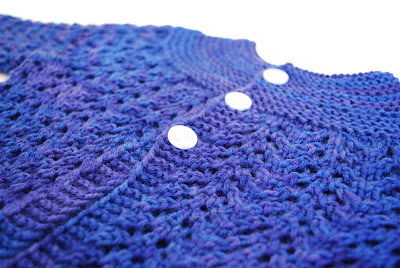 Having knit the baby-sized version of this sweater once and the adult-sized version once, too, the knitting was all smooth sailing. I slipped the first stitch of every row for a neat edge and gave it a nice blocking when it was done. Now I just have to wait for the baby to be born so I can present it to her parents! 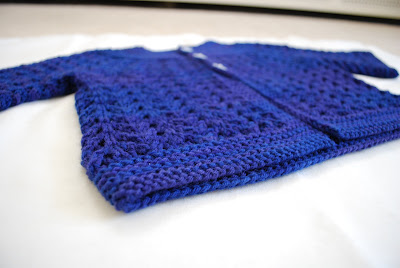