Happy new year! I hope you all had a good end to your year and are excited for things to come in the year ahead of us.

We are still on vacation (which I'm especially enjoying today, given that my coworkers are all back at work and I'm still sitting around and enjoying the sunshine). It's been so wonderful to have the break. I've been getting lots of sleep and lots of knitting time. On the way down, I started a pair of fingerless mitts, which were finished on our second day here: 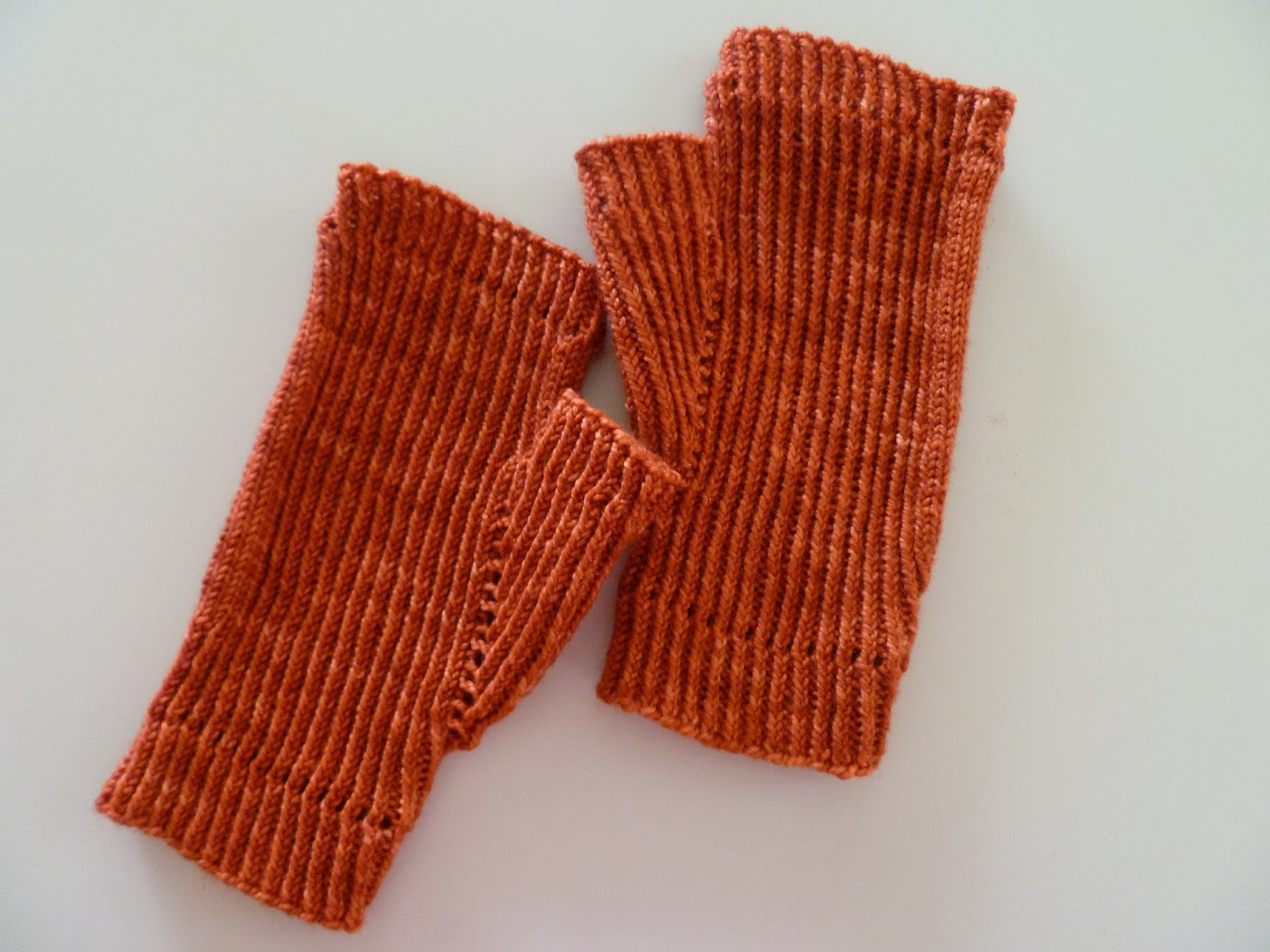 These haven't been blocked yet, which is why they look a little twisted, but I love them. They're a new pattern that I'll be writing up soon; the yarn is Fibernymph Dye Works Bounce that I picked up at the Indie Knit and Spin in November. There's still at least half a skein left, so I may make a second pair (one to wear, one to keep nice for the sample) or knit another pair of mitts with a different pattern.

I also brought two skeins of Socks That Rock with me to make some replacement socks. The first pair, in my old standby pattern (no-purl Monkeys), was cast on Sunday afternoon. At the moment, I'm just two pattern repeats and a toe away from a finished pair, and I expect I'll be done sometime this evening. 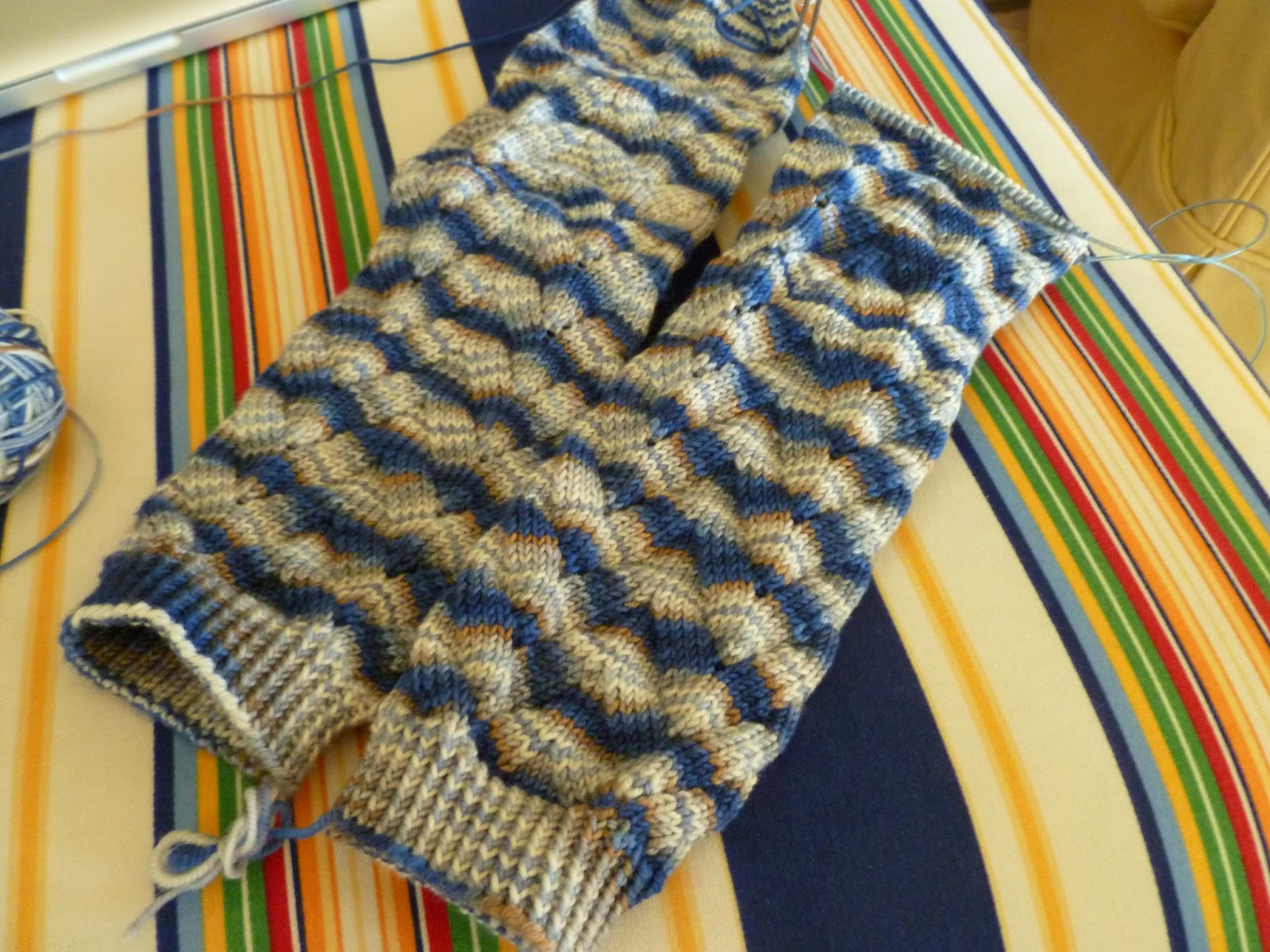 As soon as these are done, I'll ball up the other skein so that I can cast on the other pair and have them on the needles for the flight home.

As I often do when New Year's comes around, I take stock of where I am in my fibery life and think about what I want to do in the year ahead. I hesitate to say that I make resolutions, because those are so easily broken. If you listen to the Knitmore Girls podcast, then you're probably familiar with Jasmin's habit of having a theme for each year. I really like this idea, so for 2014, I'm declaring my theme "Love the One You're With." While I have a great LYS and often find myself impervious to new yarn arrivals, I also have, as some would say, a very well-curated stash, particularly when it comes to spinning fiber. In the year ahead, I'd like to focus on digging through my stash to find yarn I've forgotten I had and finding ways to use the odd skeins and leftovers. I decided to start the year off on the right foot by using some leftovers to start a new pattern sample last night; I'm using some Knit Picks Capra that was leftover from the sample for Ellyce. Here's a peek: 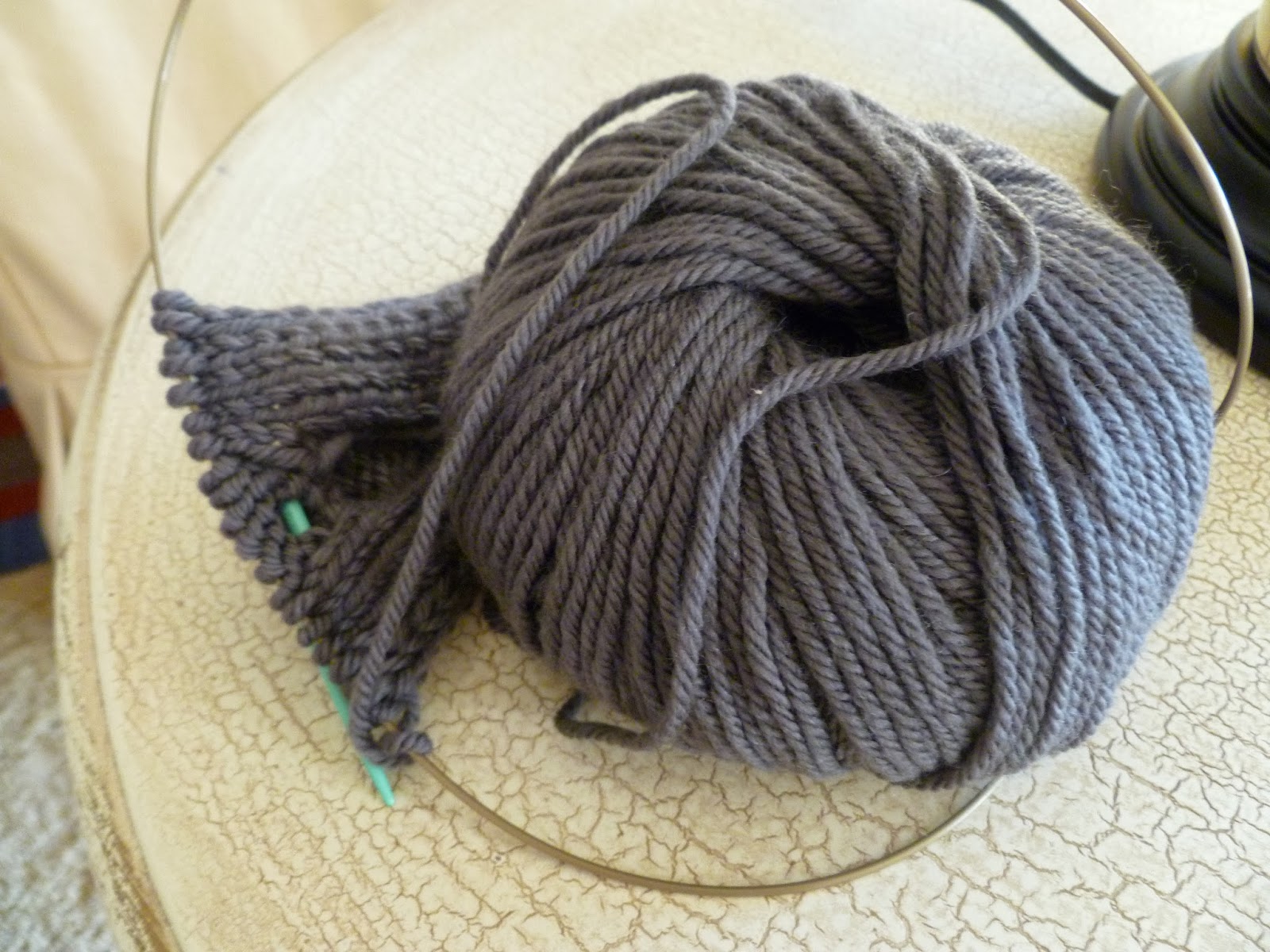 I'm also putting myself on a fiber diet, at least until Maryland Sheep and Wool this year, because I have a ridiculous amount to spin up -- and that includes two fleeces that were bought a year and a half ago. They are beautiful fleeces, and I'd really like to spin them up and knit sweaters from them, but I haven't done so because the processing takes away time from knitting and spinning. I've combed a bit of one fleece, so I can at least start on that, but I think that I might set aside an hour or so a week and dedicate that time to combing or carding. I'm okay with having a long-term project as long as it gets done eventually.

Do you have a theme or a resolution for the coming year? What at you hoping to accomplish in 2014?
Posted by Sarah at 4:25 PM