It appears that all I needed to be able to concentrate on one project was to blog about how I couldn't focus. After my last post, I devoted myself almost entirely to my blue shawl, which is now thisclose to being finished. The bind off is one that takes quite a long time, though I think it's worth it. I'll finish this up first thing this evening. I think I mentioned that there's a little bit of colorwork on the border of this one, and I'm finding that I like the reverse side of it just as much as I like the front, so I think I might be using this stitch pattern again for something that could be reversible. 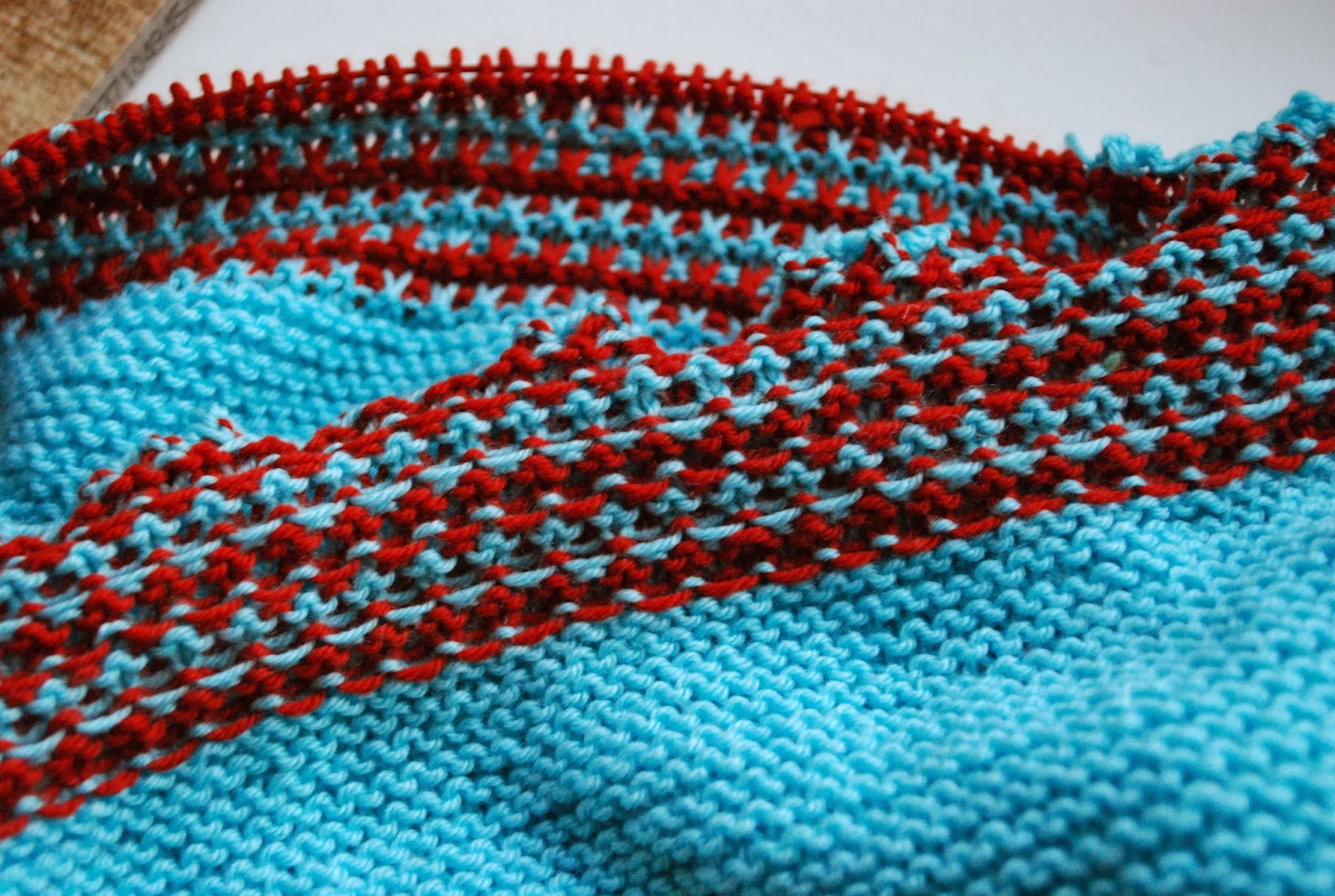 As soon as the shawl is done, it'll get blocked. Then all I need to do is take some measurements, weigh what's left of my yarn to figure out how much I used, and take some photos to put the finishing touches on the pattern.

Yesterday the third clue of the TTL Mystery Socks was released (well, technically it was released Tuesday night, but I didn't look at it until yesterday morning). I took my socks to work and was able to get the first heel done and the second heel started. The second heel was finished last night, so these will now be put aside until next week, when we'll get the foot portion. 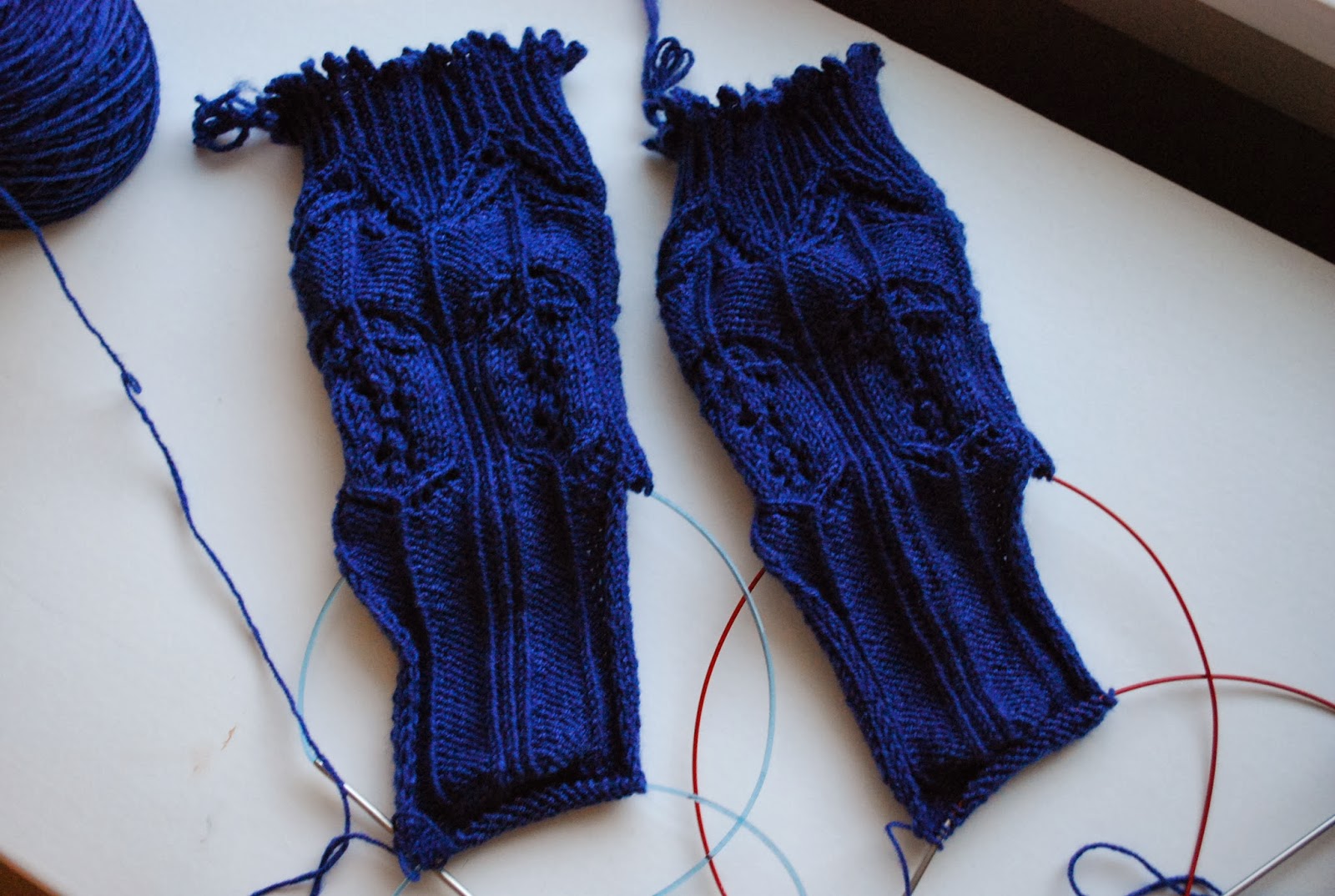 I had a brief moment of panic after I finished turning the second heel last night when I thought for a minute that I'd have no lunchtime knitting for today (I have a couple of things I want to start, but yarn needs to be wound for them). Then I remembered that I've been neglecting Rainbow's scarf, so that went into my project bag and saw some action today. I think that if I can stay focused on it for a few days at least, it stands a good chance of getting finished in the near future.

For a while there I was starting to think that I had too many projects on the needles, but it turns out that I needn't have worried! I love it when it all works out like that.
Posted by Sarah at 5:53 PM