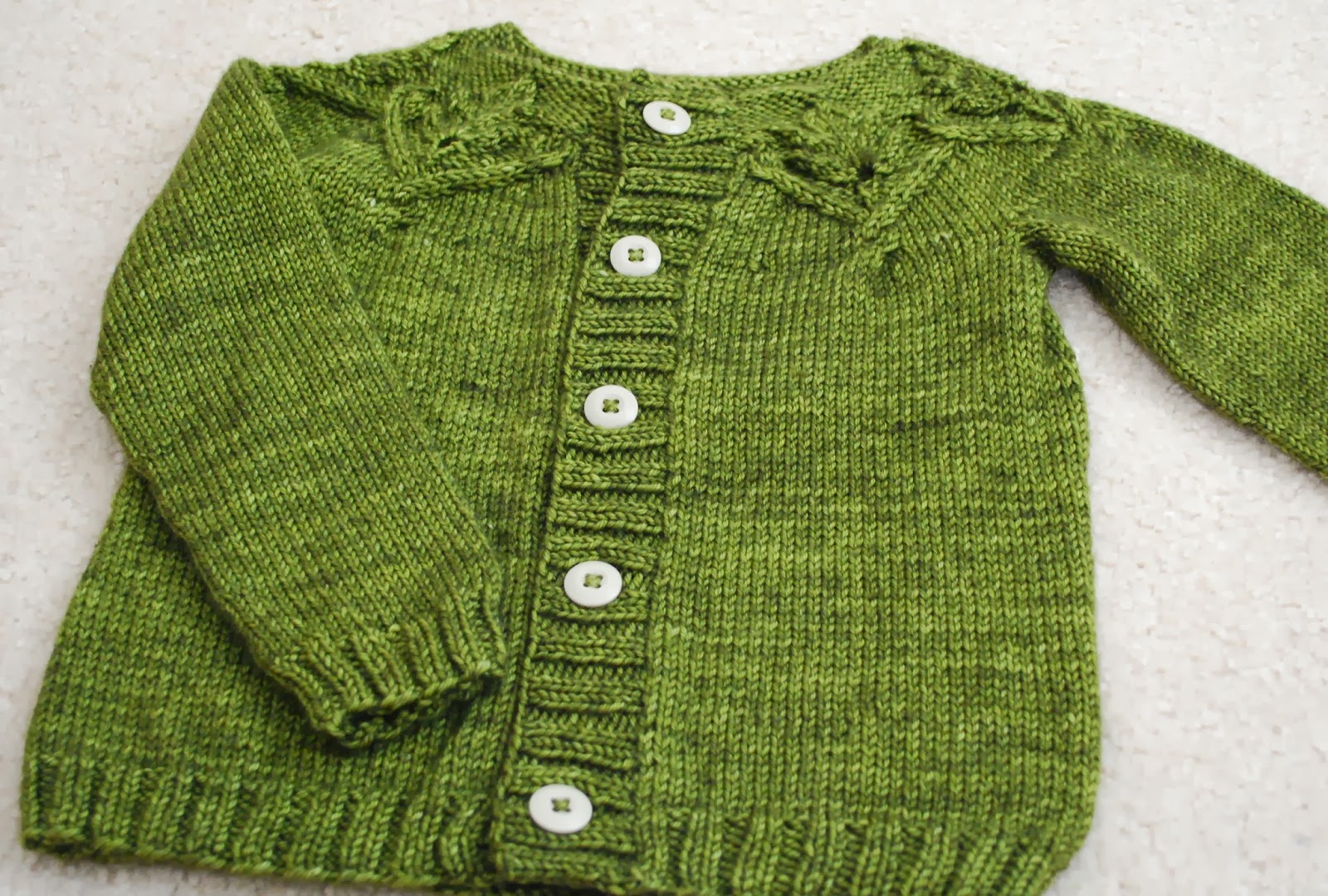 This was pure pleasure to knit. It's knit from the bottom up, so it's fairly mindless until you get to the yoke, when all the fun starts. I spent much more time knitting this on Friday and Saturday than I expected because I had gotten to the cabled row and very much want to knit just one more row. 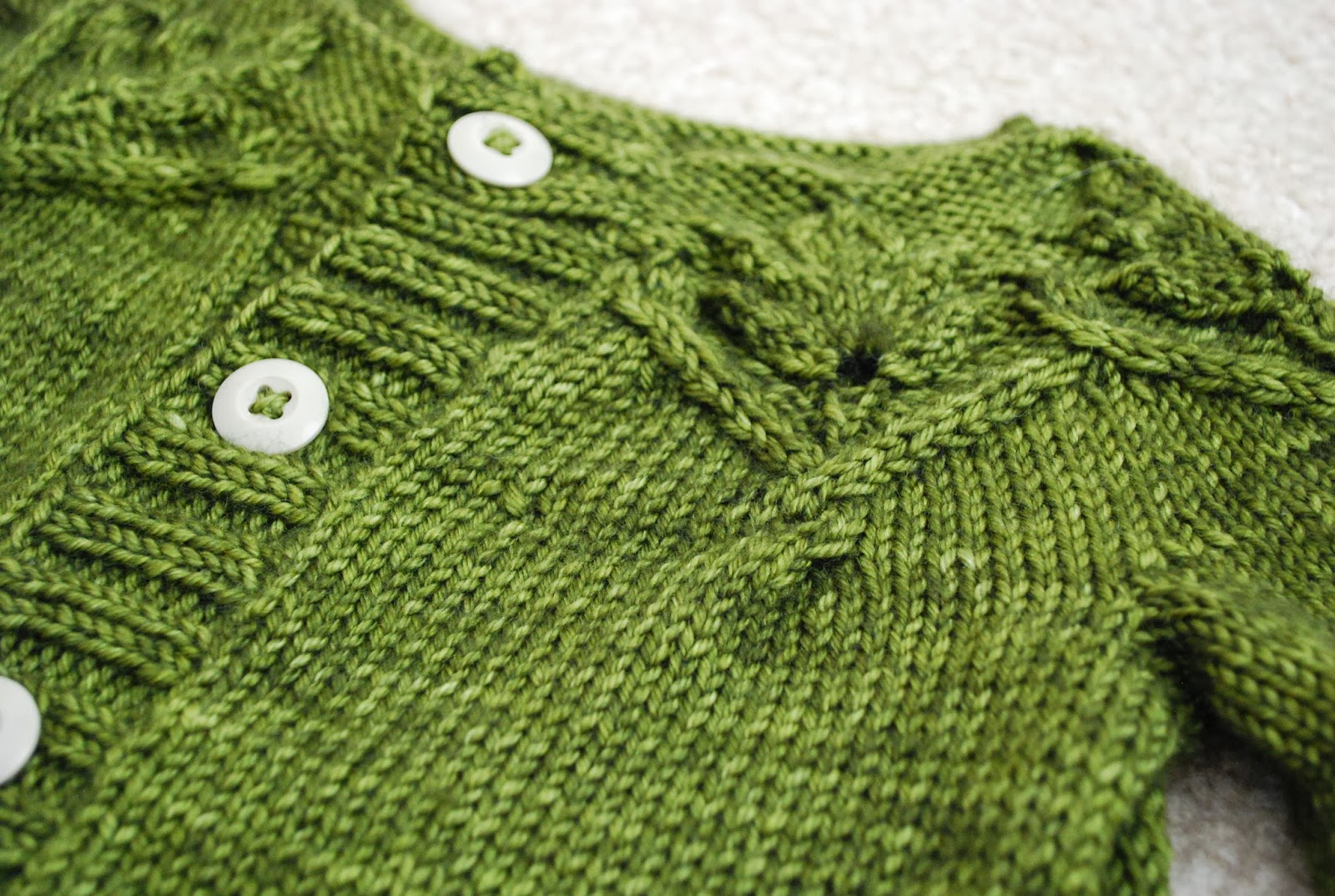 I thoroughly enjoyed working with this yarn as well. It was new to me; my LYS has started carrying it to take the place of tosh dk, which they're no longer carrying because of supply issues. The color quality is very similar -- subtly variegated color that really creates depth -- but I actually found I enjoyed knitting with it a tad bit more. The tosh always had a slightly powdery feel to me, kind of hard to explain, but this just felt soft and smooth. After a wash, the fabric softened even more and got some pretty amazing drape given that this was knit at a fairly dense gauge (22 stitches/4 inches).

That gauge was actually my main deviation from the pattern. The gauge called for is 24 stitches over 4 inches, but I'd probably have to knit on size 2 needles to get that (despite the fact that Alana recommends size 6 needles -- she must be a really tight knitter!). I wanted the sweater to come out a bit larger than the size 4 so that Rainbow would be able to wear it longer than the rest of this winter, but the size 6 would have been humongous on her. My gauge difference, then, worked out pretty well to give me a slightly larger sweater without having to recalculate everything. 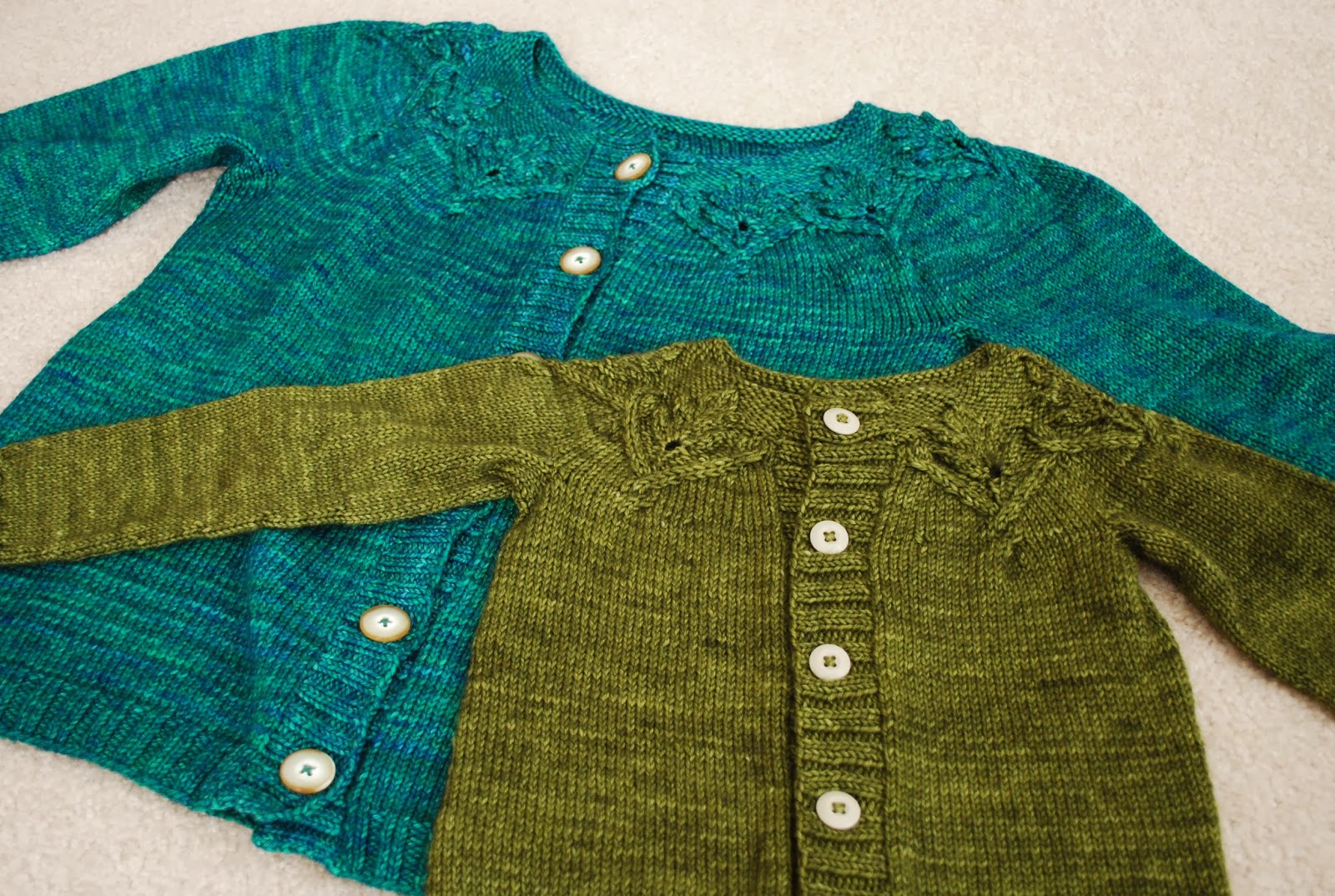 As you can see, the smaller version of the pattern looks very much like the larger one -- in fact, Rainbow was so excited that hers was done that she insisted we both wear our sweaters yesterday!
Posted by Sarah at 8:21 AM