My Piece of the Pi

It seems this was my week for finishing lace. 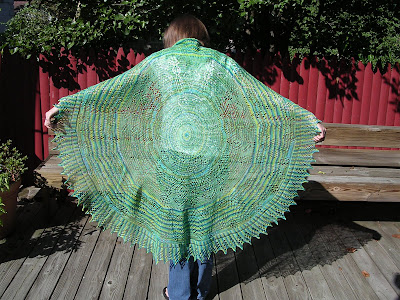 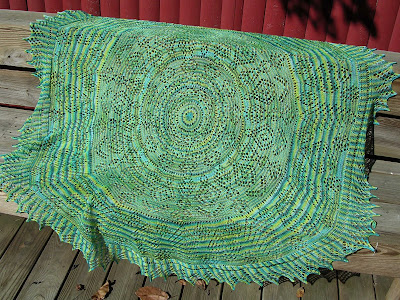 Based on the principle of Elizabeth Zimmerman's pi shawl, this shawl is knit in the round and separated into four sections. For each section, we had four charted clues from which to choose, followed by an increase round after the first three sections. It is finished with a simple border knit perpedicularly around the entire outside. 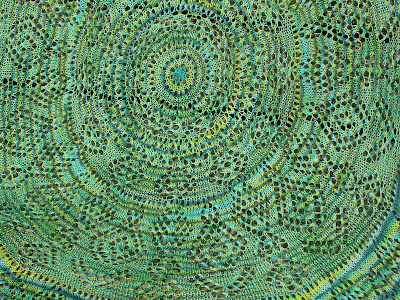 This is the first time I'd ever knit a shawl in the round, and it was an enjoyable experience. The beginning is a bit awkward, but it's very pleasant once those first few rows are past. I really liked that the "even" rows were knit rather than purled, which allowed me to knit more in the same amount of time because there was no turning the shawl back and forth.

This also was the first time I'd knit on a border perpendicular to the rest of the knitting. After one false start (caused entirely by my skimming the directions rather than reading them properly), I found it to be very easy albeit a bit time consuming. By the time I reached the end of the fourth clue, I had 576 stitches on my needle. Because the border is attached by purling a border stitch with a body stitch at the end of every wrong-side row, that means there are twice as many rows of border as there are stitches in the body. Needless to say, the border clue took me longer than any other. 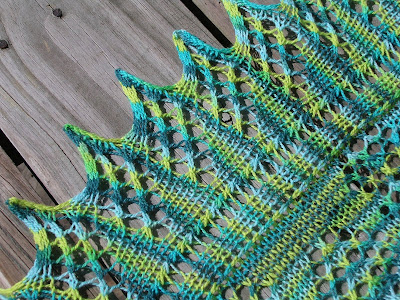 My only concern about this shawl is that perhaps the colorway of the yarn I selected (because I had enough of it in stash) obscures the pattern a bit. I think that if I knit another version of this shawl -- using different clues, of course -- I'll choose a solid or mostly solid colorway. 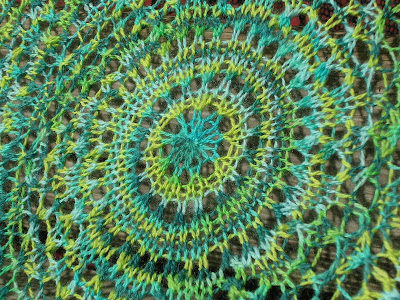 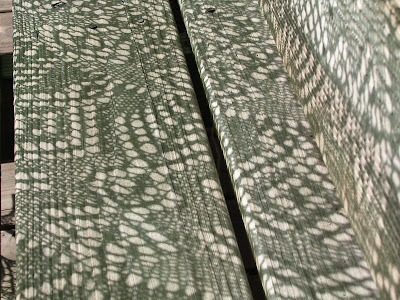 I took this to Natural Stitches yesterday to show it off, guessing that other knitters would appreciate it more than The Mister did, and I was "forced" to enter it in the Summer of Lace contest. I certainly won't win, but I'm proud of the accomplishment even so.

I've definitely been bitten by the mystery lace bug: Before this shawl was even finished, I signed up for Mystery Stole 4 and picked out my yarn: 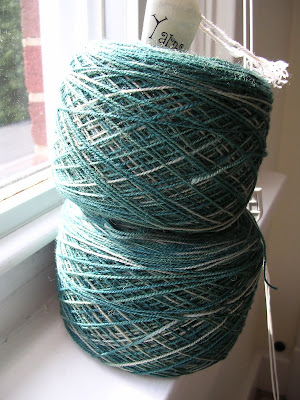