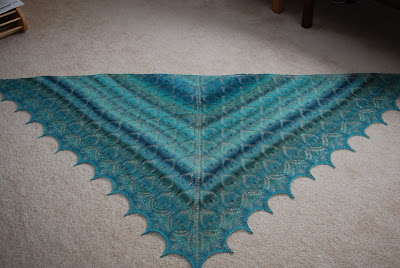 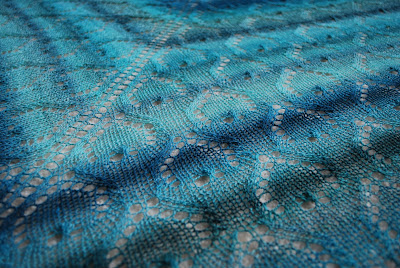 Don't let the time from cast on to cast off fool you; this was a very fun knit. The only reason it took me as long as it did was because I was a bit busy spinning and knitting little things. The pattern for the body of the shawl is very intuitive, with only two rows that have any particular challenge -- the ones with the nupps. 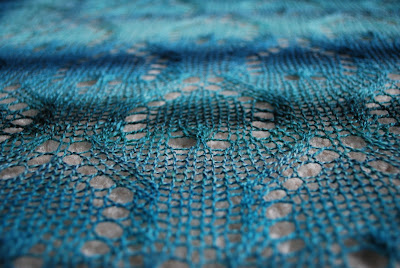 Ah, the nupps. So much fun and yet so much trouble. They aren't too difficult provided you do the increasing row loosely, but more than once I accidentally purled the five stitches in one together with an adjacent stitch, resulting in some difficulty on the next row. Luckily, my handy tool came in quite handy, and I was able to fix the errors without too much difficulty. I think that if I knit this shawl again, I might use beads in place of the nupps for a different effect. 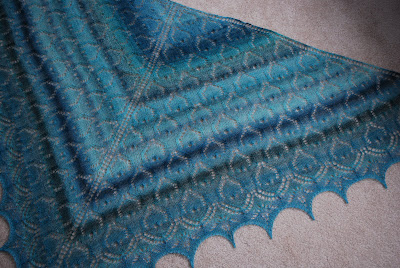 As always, it was a joy to knit with my own handspun. I love the subtle striping effect I got over the whole shawl. It's not so much that it obscures the lace pattern, but it does add a little interest. 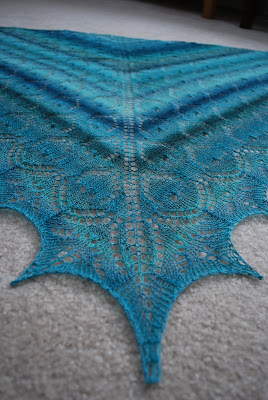 At one point, I'd considered adding an extra repeat or two to the body of the shawl. In the end, I decided that it would be big enough if I followed the pattern as written. Turns out that was a very smart move on my part. Why? Here's what's left of the original almost-900-yard skein: 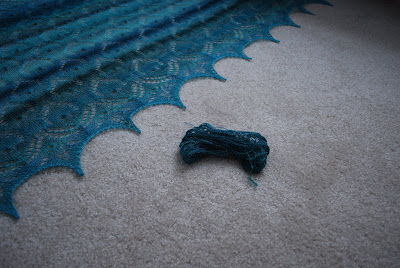 A whopping three grams of yarn. That was a close one!
Posted by Sarah at 7:53 PM