Clapping with One Hand

No, the title of this post doesn't have anything to do with philosophy or meditating or anything like that. It's the colorway of my most recent spin, 4 ounces of Border Leicester from Crown Mountain Farms that made up the April shipment of the 2011 fiber club. 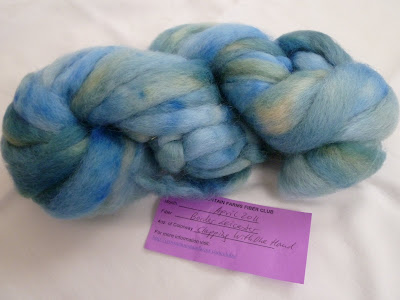 This breed, like so many other shipments, was new to me. Border Leicester is a long wool, so more wavy than crimpy, and this particular batch had a beautiful luster to it. I didn't want to spin it too thin because I worried it would turn out wiry, so I opted for a quick-and-dirty two ply. It turned out just as I wanted. 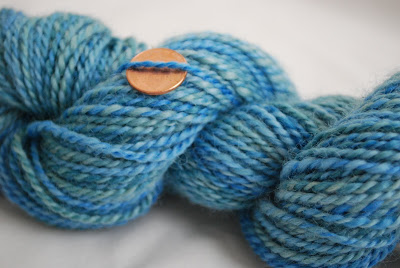 The finished yarn is about a worsted weight and roughly 140 yards. It is silky and lustrous, though not quite next-to-the-skin soft. I think this would make a lovely hat or pair of mittens, perhaps lined with something super soft. It was also great for some immediate gratification spinning after spinning and plying all that laceweight -- I spun the singles over the course of about a week and plied the whole finished skein in a couple of hours last Sunday afternoon. 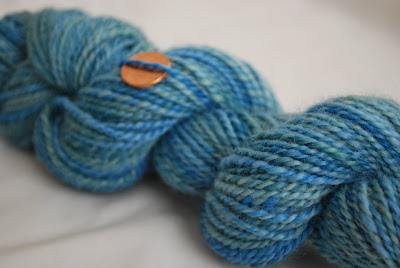 I enjoyed working with this fiber, though I'm not sure it's something I would have chosen on my own. It makes me think that I might be able to tackle last year's Lincoln!
Posted by Sarah at 8:12 PM