Back in the day when I was knitting nothing but socks, I was a very fast sock knitter. Now, though, it seems I've become a sweater knitter, so socks go slowly. In any case, I have a finished pair that I'm very pleased with, in spite of the fact that they seemed to take an inordinately long time to knit. 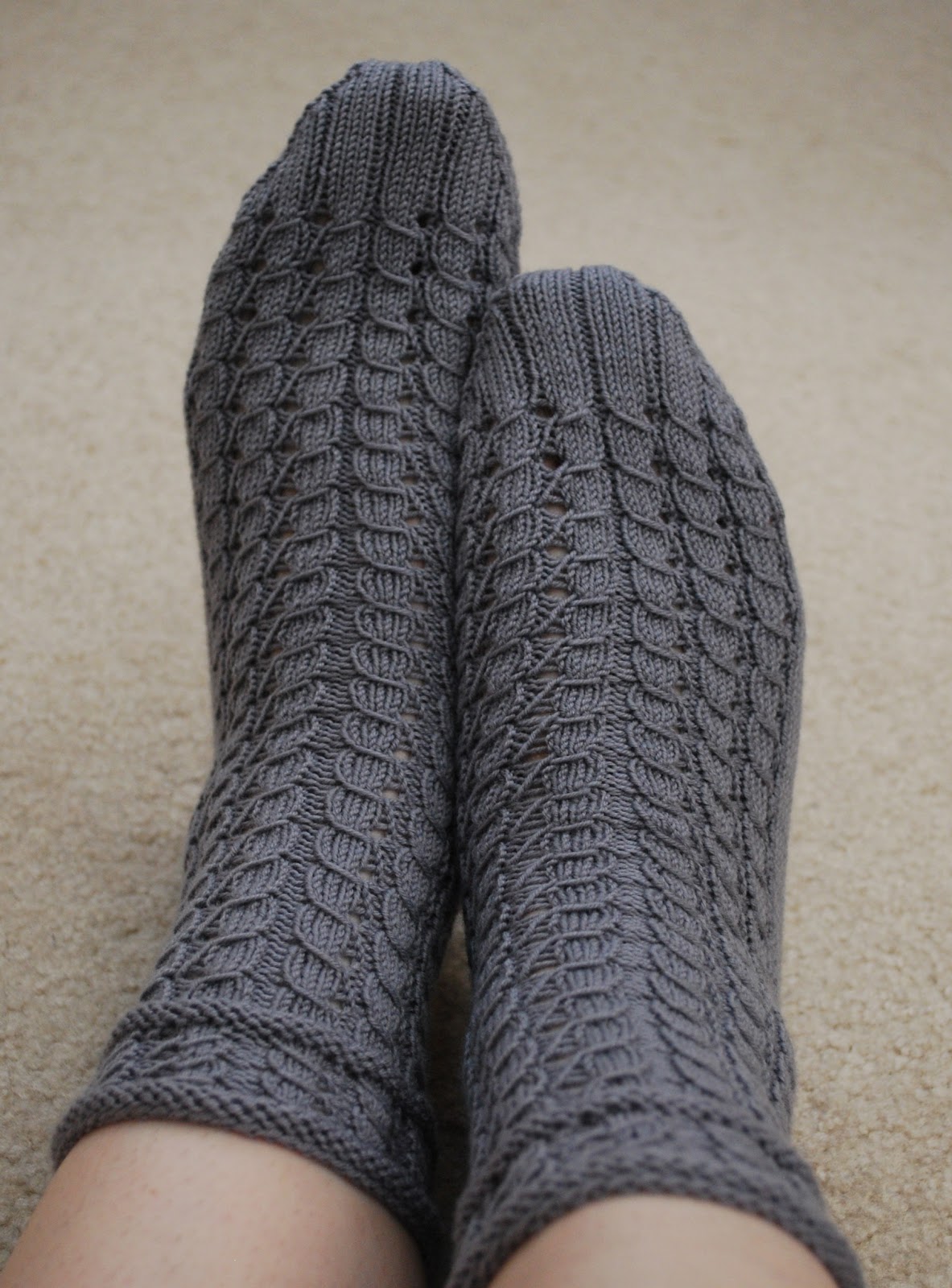 After having the book for a while and flipping through it from time to time to drool over the pictures, I finally decided it was time to knit something from it after the sudden loss of several pairs of socks. These socks seemed like the easiest to start with because they had the most manageable chart (my smaller projects are worked on during my lunch break at work, so I prefer not to have to deal with a large chart if I can). It took me a bit of time to make sense of the pattern, but once you realize how Hunter is explaining it, it makes perfect sense. The chart shows one pattern repeat of each direction -- if you look at the photo below, you can see that the pattern is mirrored so that the wraps go to the left on one half of the sock and to the right on the other. This means that you have to repeat a set of stitches in the chart a set number of times and then repeat the rest of the stitches a set number of times. It's sort of hard to explain, but it makes sense when you see the pattern. 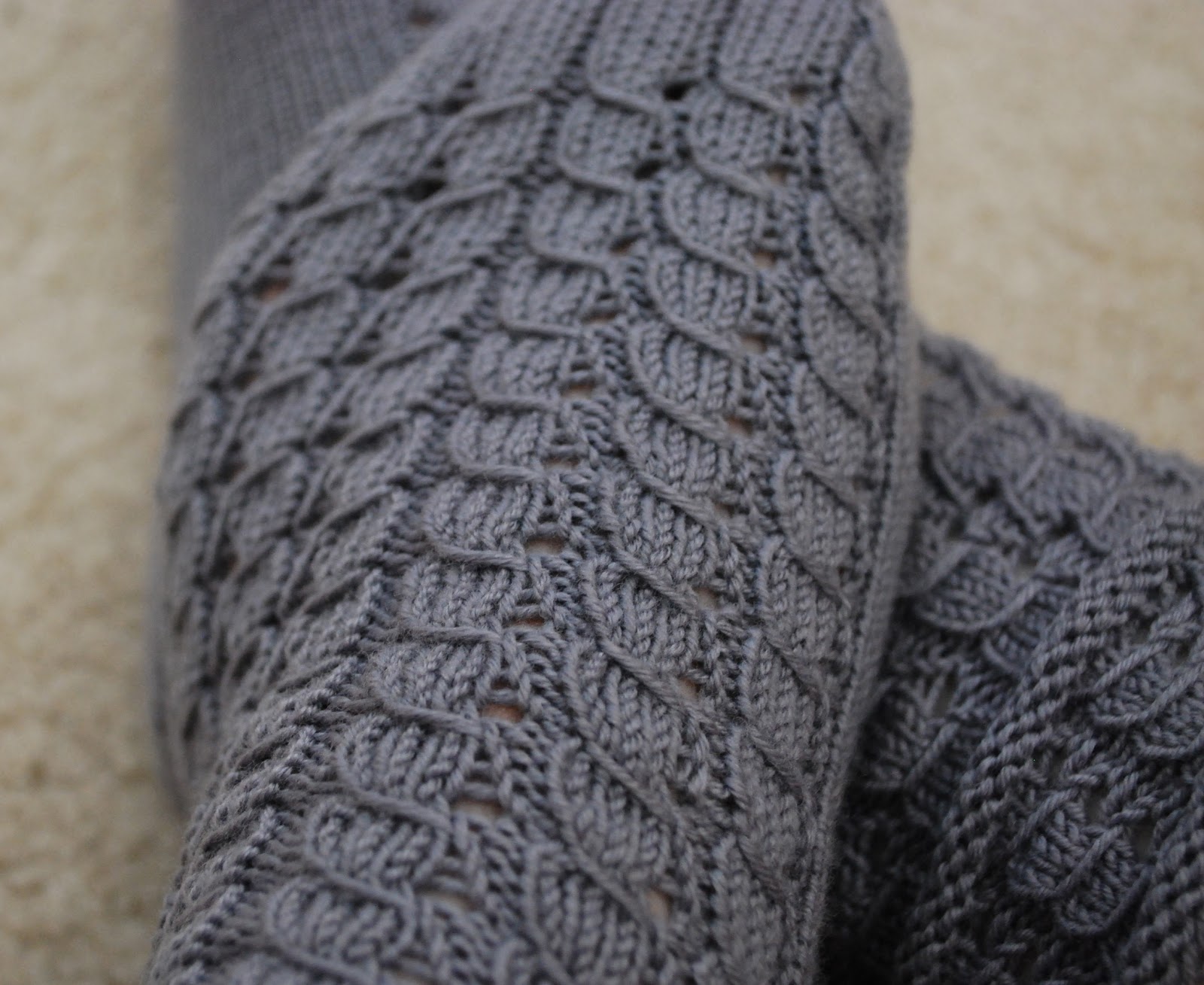 The stitch pattern is essentially a 4x1 rib with some elongated stitches that are passed over adjacent ones and some yarnovers thrown in for a bit of lace. It was rather fiddly to do at first, but once I got the hang of it and had the pattern memorized (by the time I got to the foot of the first sock), it went much faster. The ribbing is used on the heel flap. 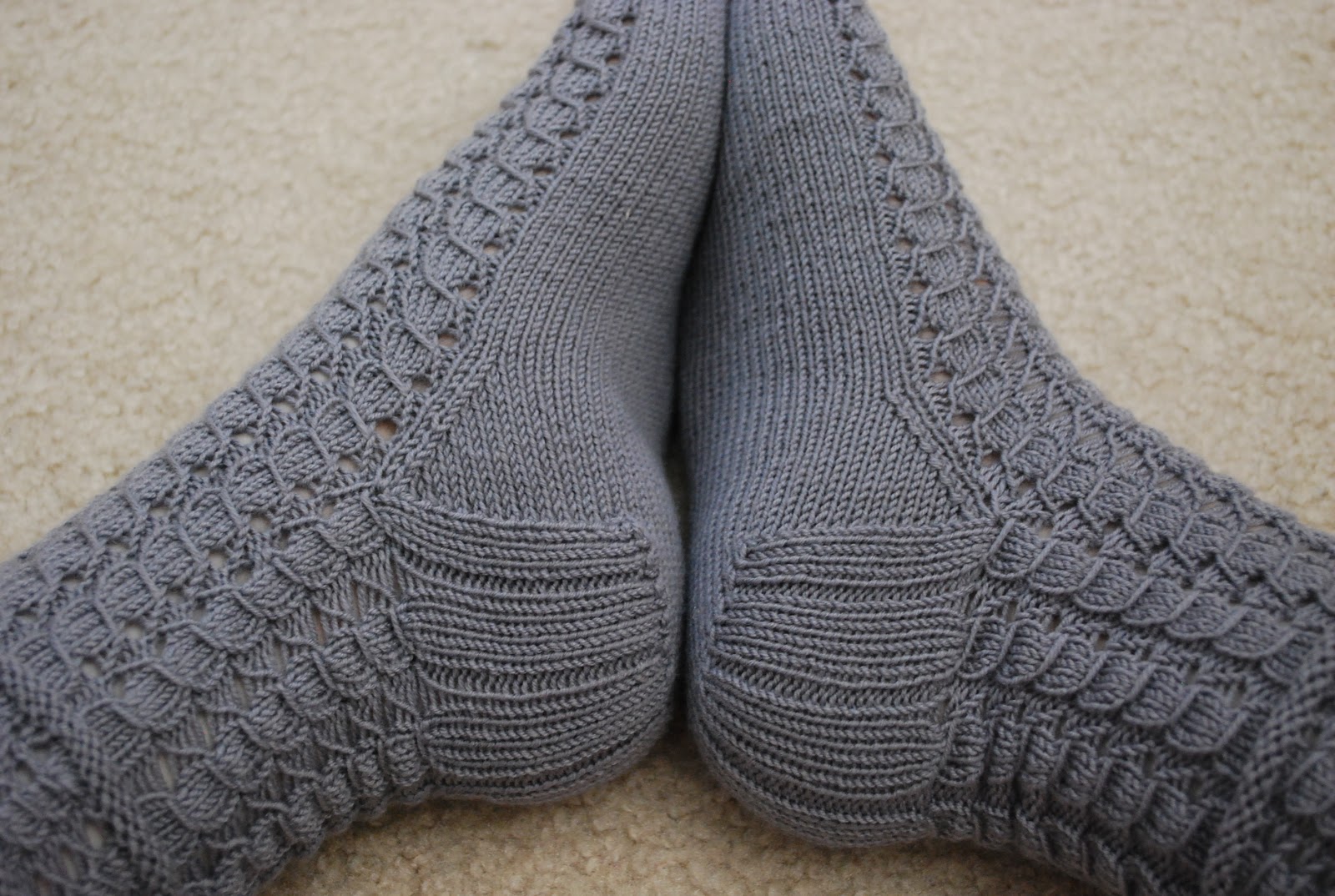 My only major modification was to adjust the toes because of my unusual row gauge. Normally with sock yarn I expect to get about 10 or 11 rounds per inch; with this yarn, I got 13. That meant that if I followed the pattern as written, I'd end up with socks and toes that were much too short. So I started the toe a little later (at 1.5" less than my desired length) and worked the decreases every other round until I had 18 stitches left. This resulted in a perfectly fitting toe, and I rather like the look of the ribbing on the top. 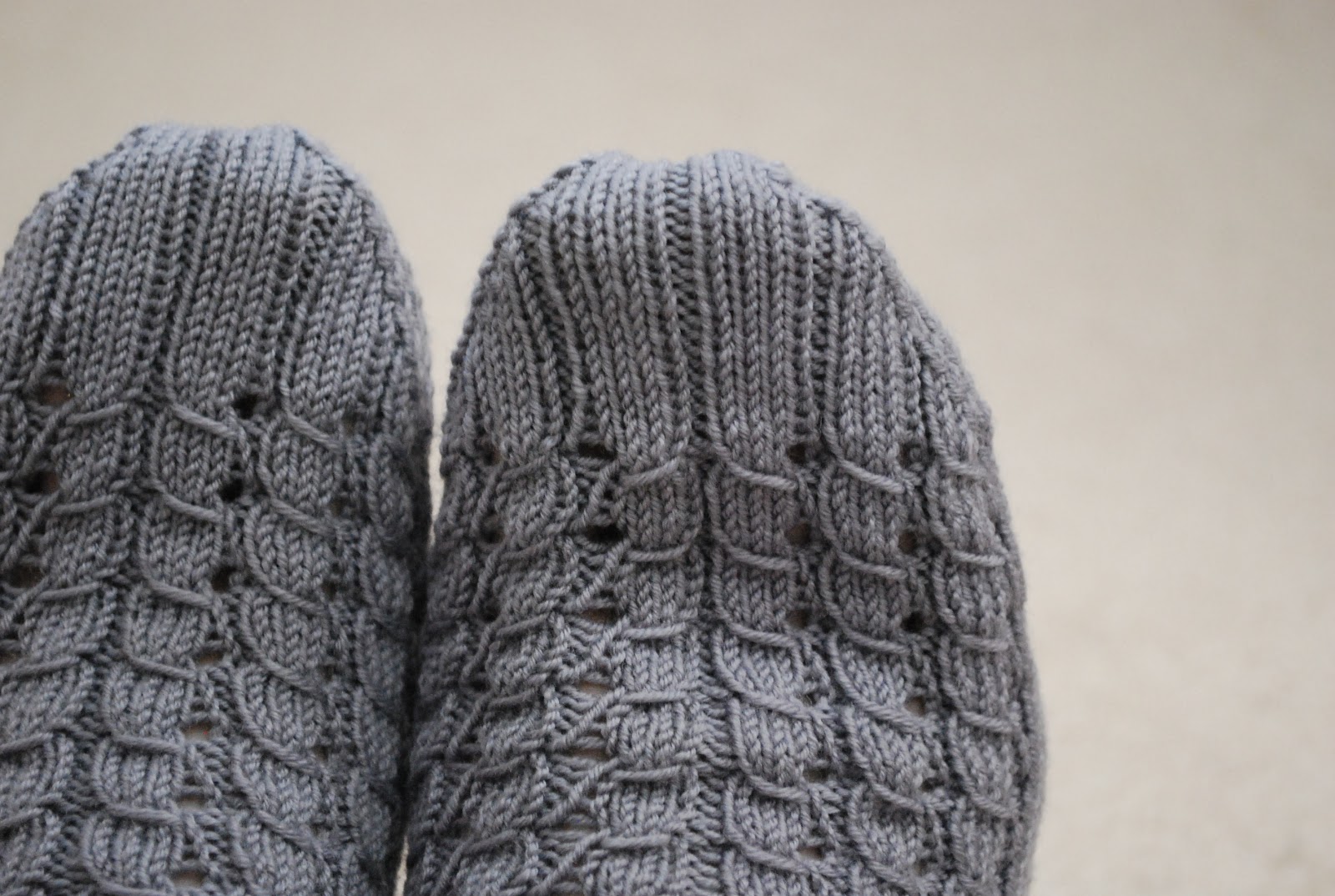 As to the yarn, I really enjoyed working with it. I bought it years ago in a sale, probably at a store where I no longer shop, and it had been sitting in my stash ever since. It's actually a shame that it's discontinued, because it has great stitch definition. It's a cabled yarn, meaning it's composed of multiple strands that are already plied, so that means it also does that weird thing where one side of the stitch looks larger than the other in stockinette. I'm not too concerned about it being noticeable, however -- I mean, who's going to be looking at the bottom of my foot?

Tomorrow morning, I am headed out bright and (relatively) early to head down to Maryland Sheep and Wool for the weekend. I'll be wearing my Ravelry pin, so if you're a reader and happen to see me, please say hello! Though I'll be back on Sunday afternoon, I'm taking Monday off from work to recover (and likely clean the house), so I'll be sure to post with a full recounting of the event and my acquisitions.
Posted by Sarah at 8:30 AM