It's a good thing that I had last week's posts written up and scheduled early in the week because I got hit with a sinus infection midweek and spent a large portion of last week and the past weekend lying down. Apparently it's no longer considered effective to treat sinus infections with antibiotics, so instead I just had to wait it out. Thankfully, it's almost gone, and fortunately I was still able to knit while I was down and out. As a result, I have a pile of finished sweater pieces that are ready to be seamed! 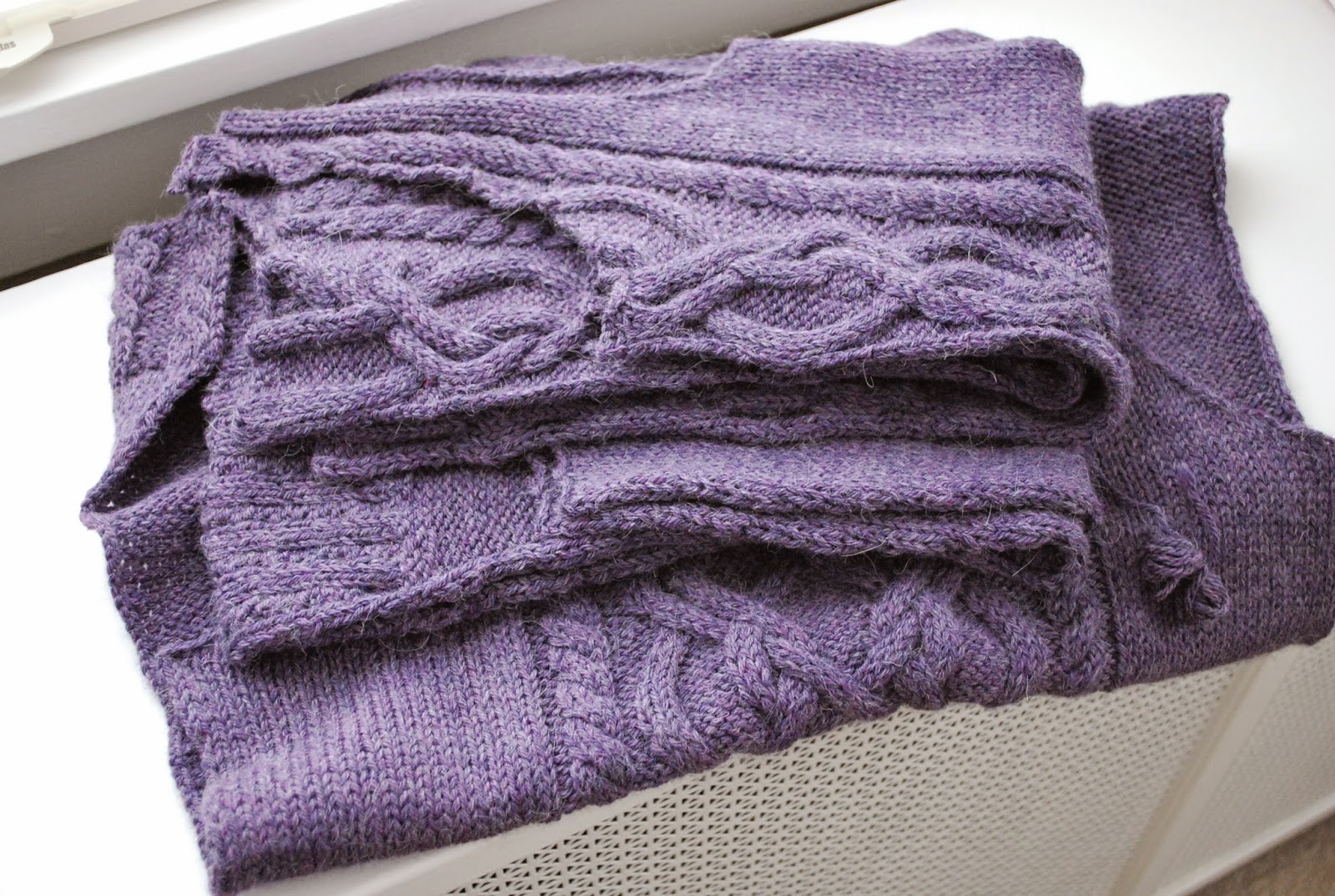 These have actually been ready for seaming for a couple of days, but I've been procrastinating a bit because I really do not care much for seaming. I find it fiddly and tedious, which is probably why I've knit so many seamless sweaters. I will be tackling it tonight, though, and with any luck I can get the bulk of it done so that I can start on the button bands at knit night tomorrow evening. Buttons have already been purchased, so I can say without reservation that the sweater will be done this week.

My Sad Panda socks are approaching their end as well. There's only the foot and toe of the second sock left to do at this point. 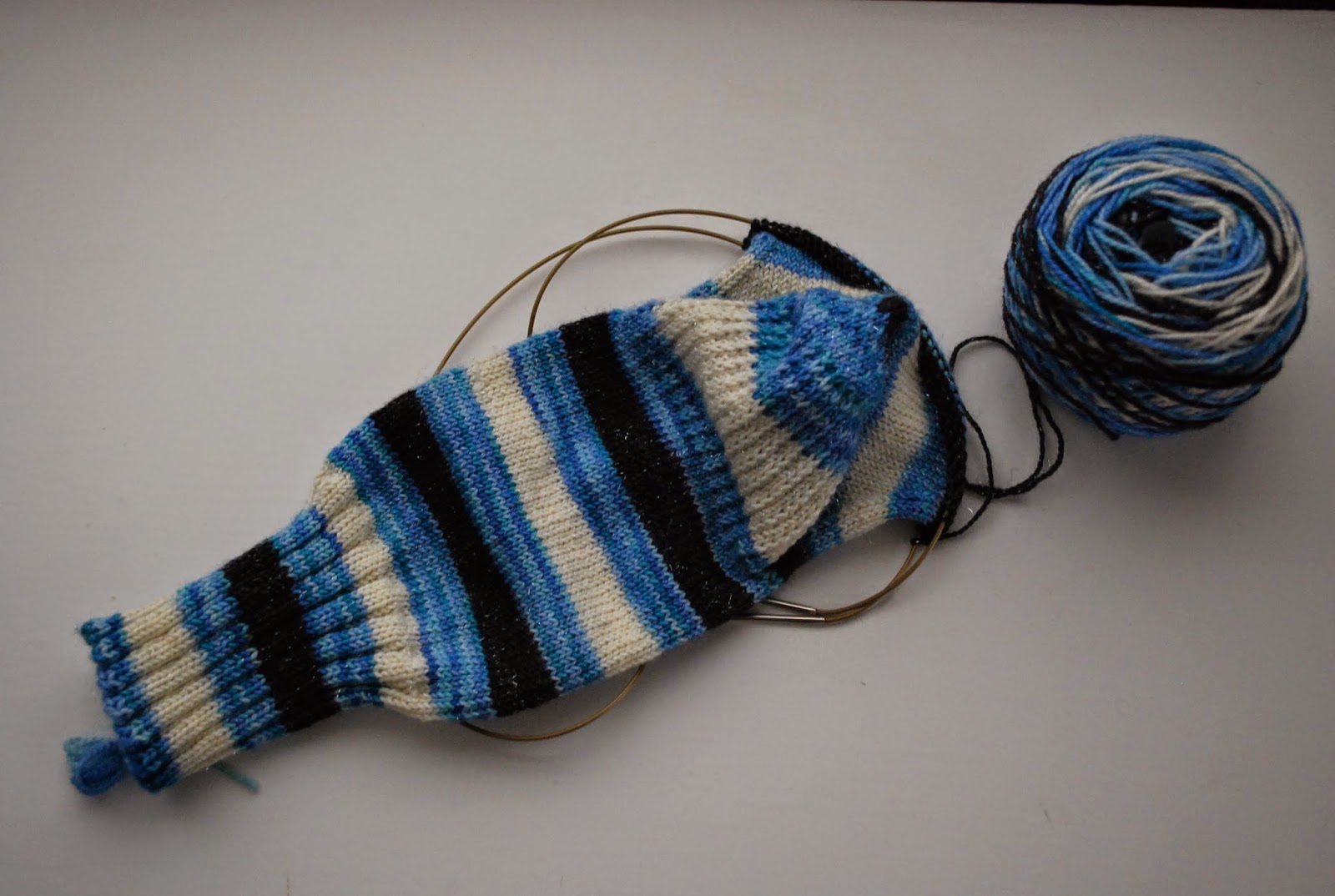 I'm already planning for my next pair of socks, which will be handspun with a contrasting millspun yarn. In fact, I'm not sure I ever showed you the finished skein, so here it is: 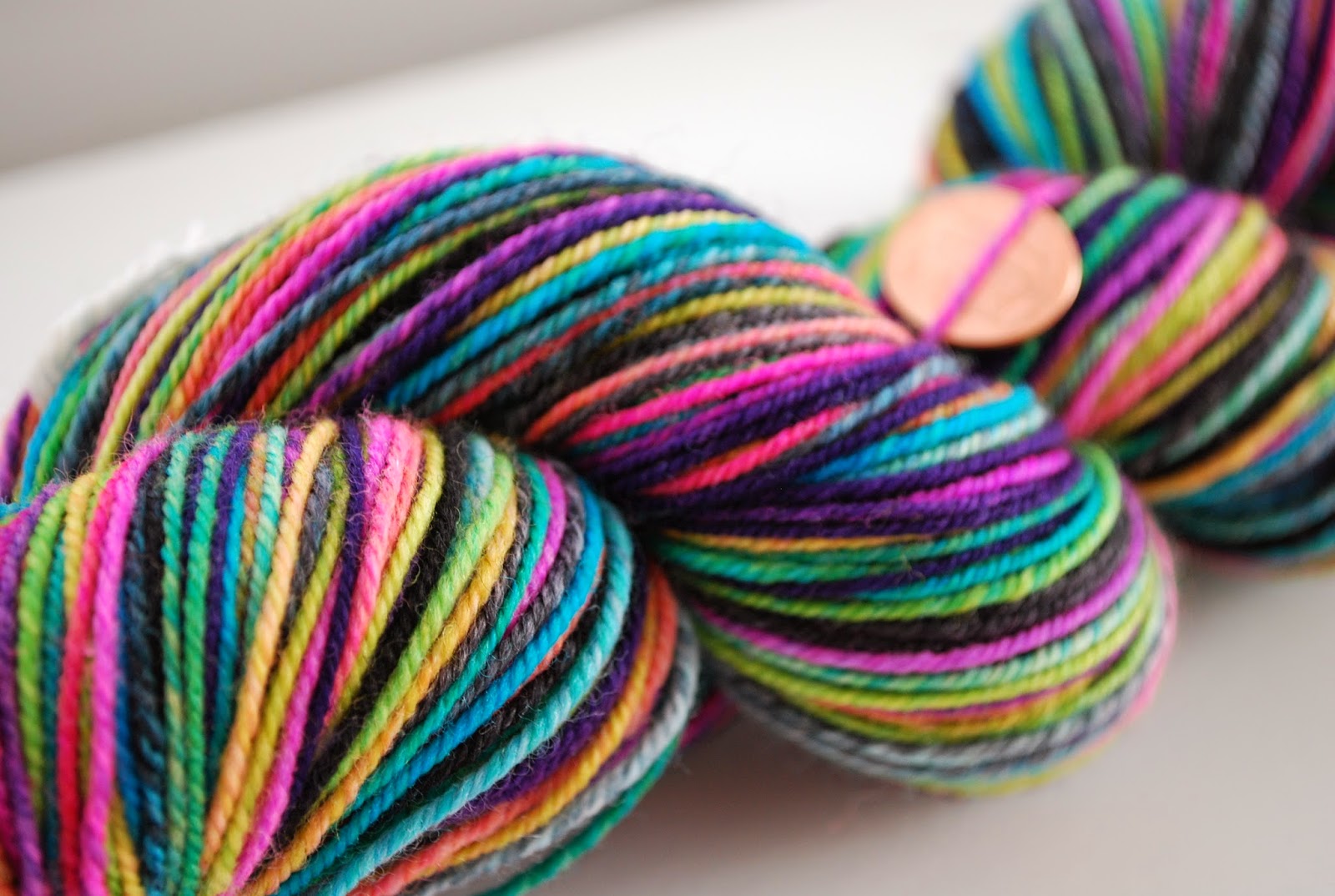 This is Fat Cat Knits superwash merino/nylon in Boogaloo, which I split into fourths lengthwise, spun in the same order, and then chain plied. My yardage was on the low side (323 yards, approximately), so I'm going to use a plain black sock yarn for cuffs, toes, and afterthought heels.

The only other project on the needles is my Cerise, and to be honest, I'm contemplating frogging it. 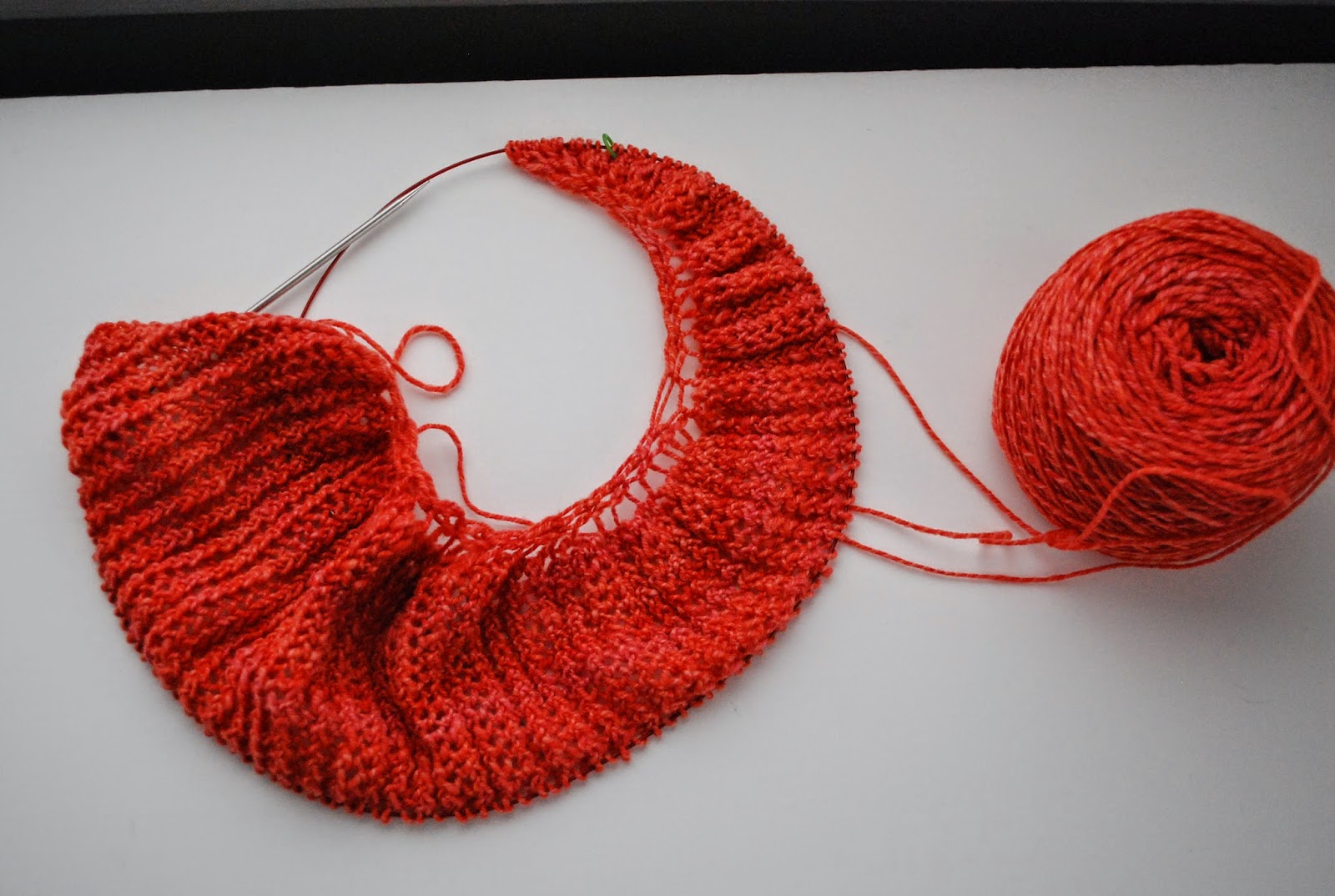 I like the look of the finished Curl, but I'm finding the stitch pattern really slow and a bit tedious. I also made a mistake several repeats back that I was going to just leave but is now kind of bothering me. I don't think I'd be able to rip back to where it was and successfully get the thing back on the needles again, which means ripping and restarting. Given that this was my third attempt at this Curl, that doesn't seem like such an attractive tack to take. So I can either keep going and try to hide the mistake in blocking, rip and start over, or rip and move on to the next Curl. I'm not quite sure what to do, but I'm sure I'll make up my mind soon.
Posted by SJ at 5:30 PM