Lately I've been feeling the bug to spin all the things, which tells me that spring may finally be upon us. After all, I tend to do a lot of spinning in the warmer weather, so perhaps this urge is an indication that my spinning season has begun.

I am still working on my Southern Cross Fibre club shipment for February (which of course did not arrive until March), but the good news is that I'm on the second bobbin. 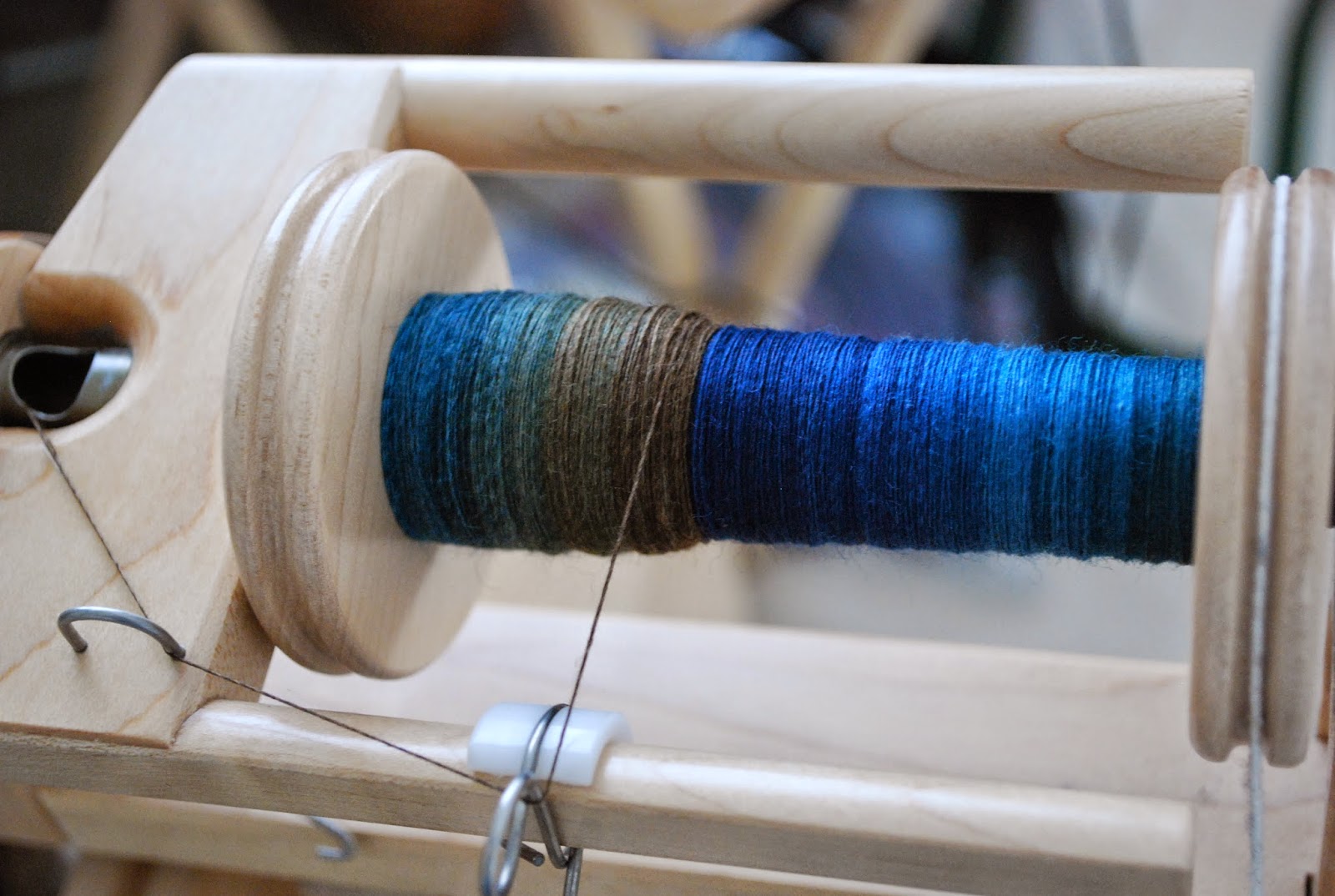 A friend came over today to have lunch and spin a bit, though we did a bit more talking and less spinning than I was anticipating. Still, I've made a good start on this bobbin and hope to have it finished before the week is out, especially because I'm itching to start some new projects.

One of those is for a Ravelry spinalong that starts April 1. I doubt I'll actually start on April 1 (it's a Wednesday, so I'll be at work during the day and then out at knit night that evening), but Rainbow's spring break is this Thursday and Friday and I'll be home with her, so I'm hoping to find at least a little time to spin. I will be spinning this braid of superwash merino/nylon sparkle in Noble Dragon from Fat Cat Knits. 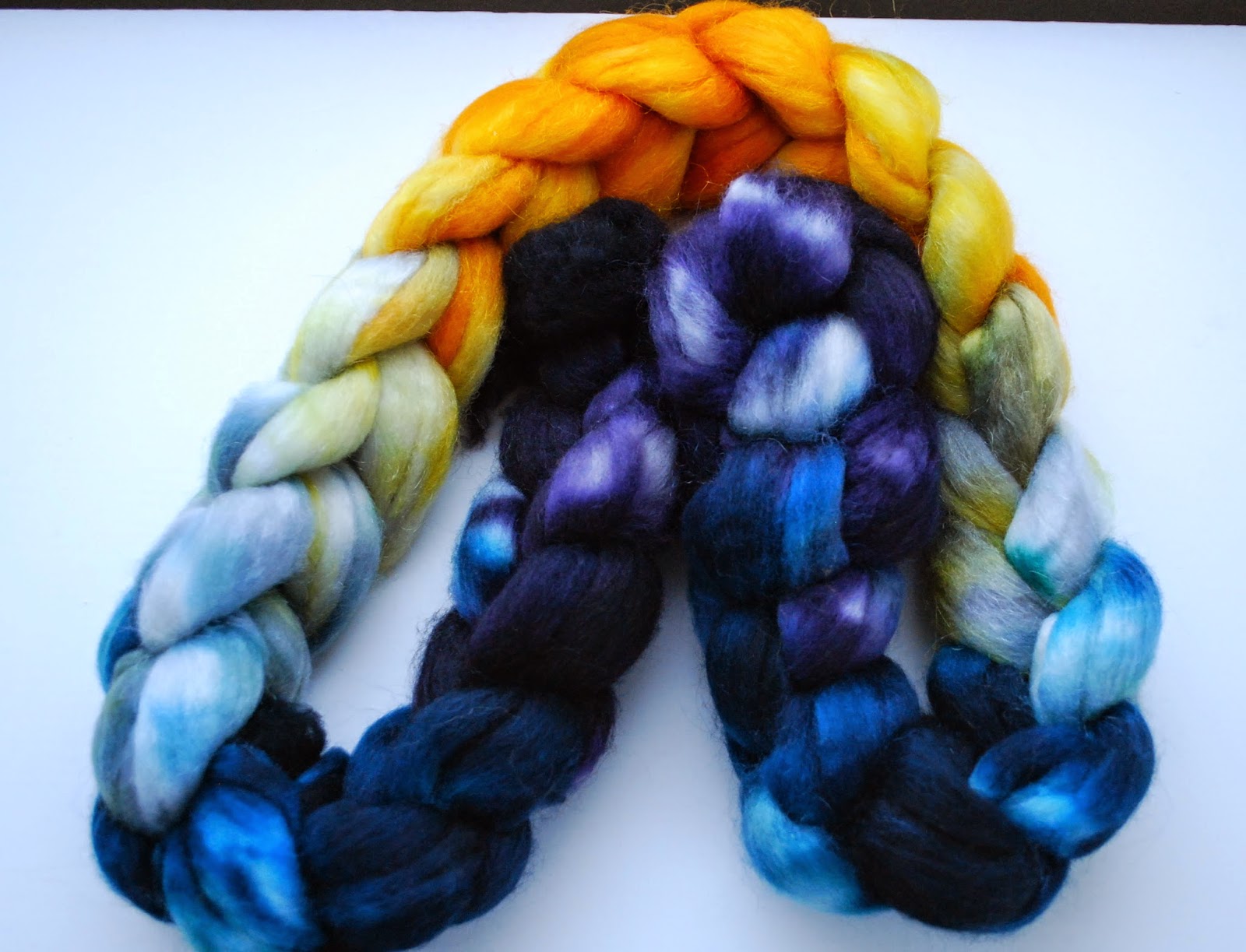 My plan is to spin this braid from end to end and then chain ply to preserve the colors. I'm hoping to spin up what remains of my Romney fleece from years ago to match and knit both yarns into a Sea Dragon Shawl.

As if that weren't enough, my Fat Cat Knits Mixed Blessings club shipment showed up this week. The theme for this go-round is "transformations," and that's certainly evident in this pairing. 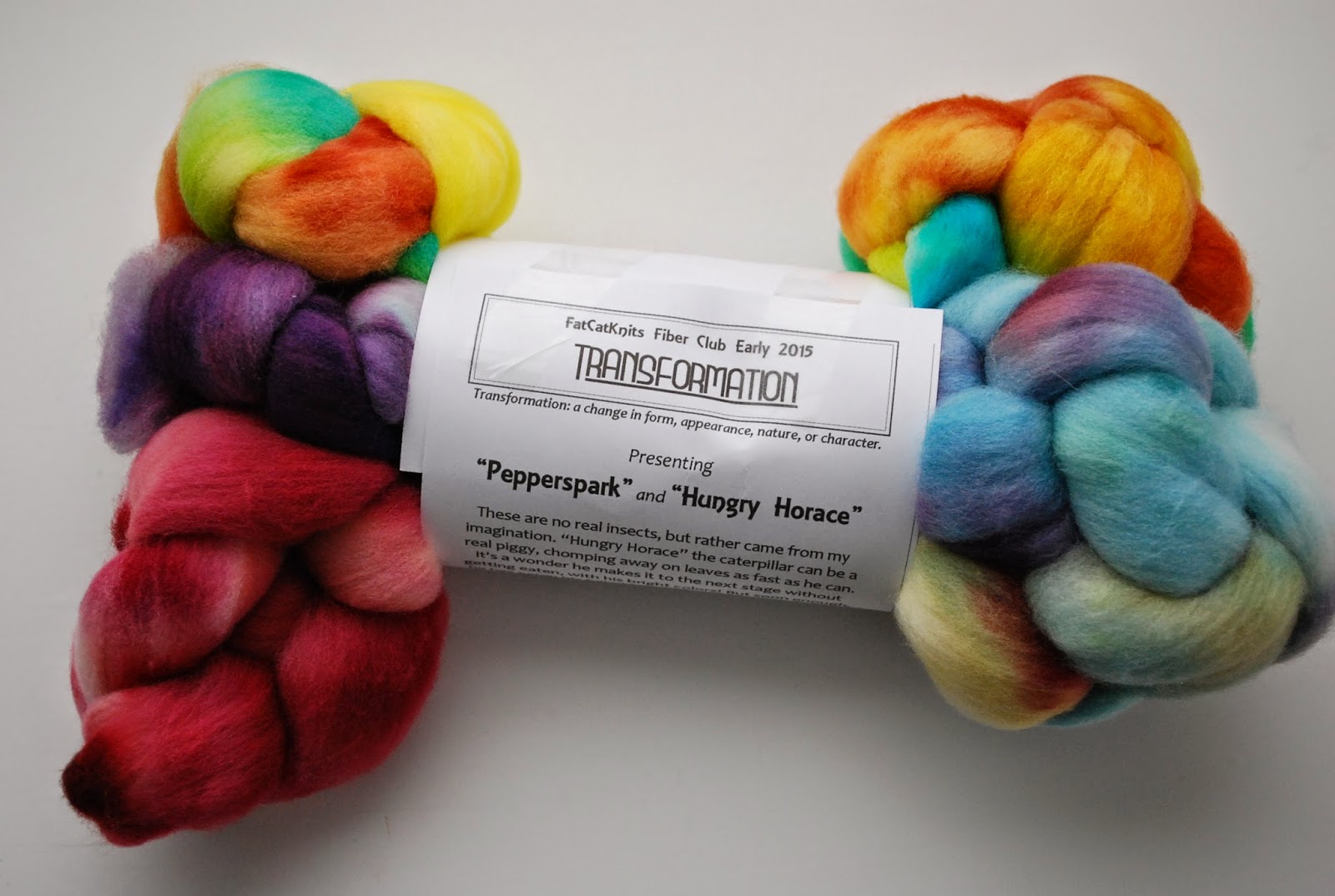 The colorways are named Hungry Horace (a caterpillar) and Pepperspark (a butterfly). Here's what the fiber looks like out of the wrapper. 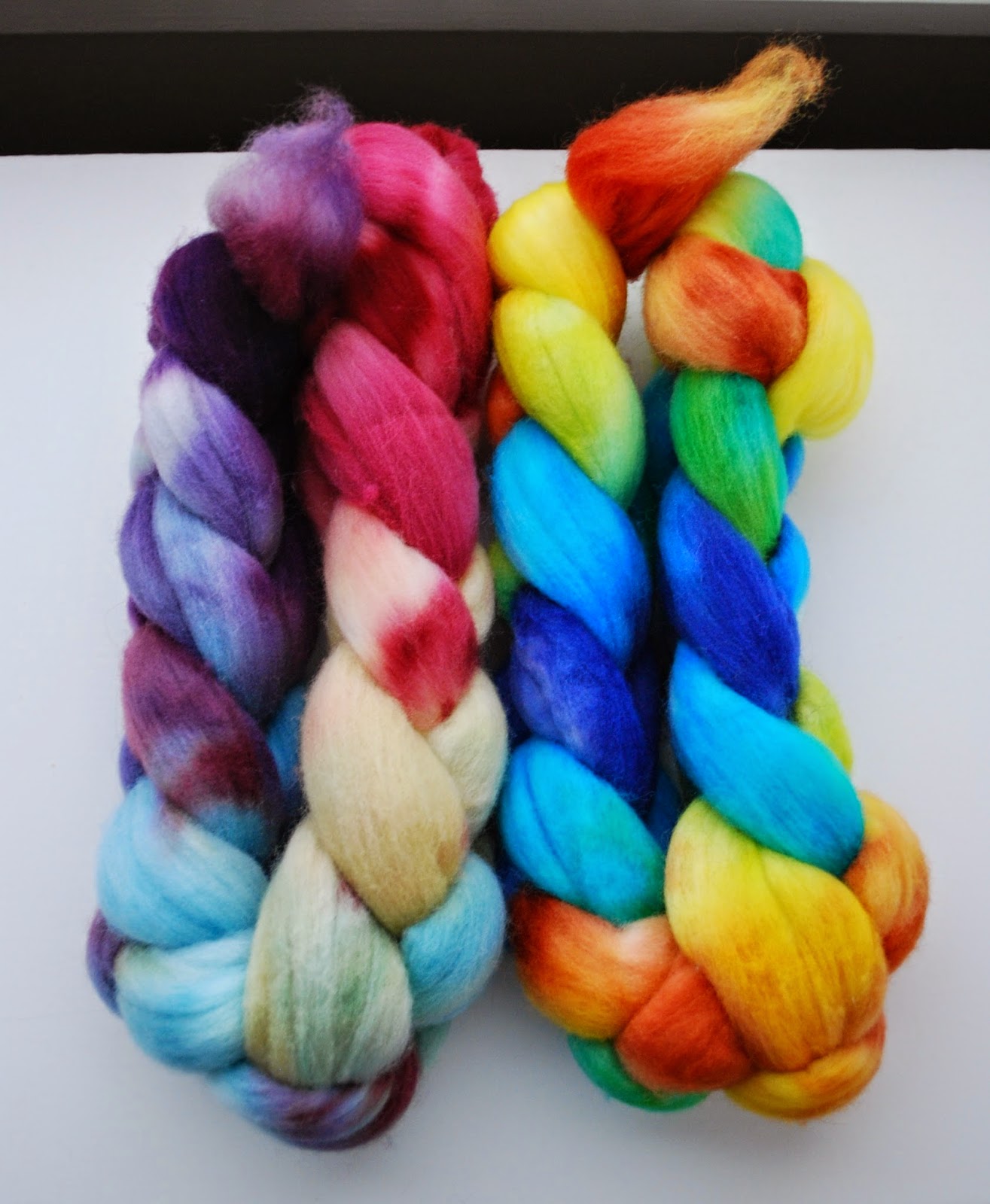 I chose Targhee for my fiber base for this shipment, and I'm glad I did because it's a breed I haven't spun in a while. Targhee is pretty soft, but it's a bit spongier than merino. Like merino and Polwarth, it has a tendency to poof up a lot when it's finished. I was absolutely enchanted with this pairing, and so was Rainbow, who asked me (while stroking her face with the fiber) if I could use it to make something for her. I find it hard to say no to her, but I also was really hoping to keep this fiber for myself. Luckily, another member of the club didn't love it and put hers up for destash, so I bought them from her. This way, everyone wins. I'm still deciding how to spin up the two batches (perhaps a quick-and-dirty two ply for Rainbow and something finer and more nuanced for me), but I won't allow myself to start until I finish what's in progress first!
Posted by SJ at 4:51 PM