While to the casual observer it may appear that I spent my Fourth of July weekend doing nothing but sitting around, the more well informed will realize that I was actually quite productive -- at least as far as the fiber arts are concerned.

You see, I signed up for the Tour de Fleece this year, with the hopes of spinning down some of my fiber stash and (gasp!) spinning something other than sock yarn for a change.

Alas, my first Tour yarn failed miserably to meet one of these goals. Yes, it is another sock yarn. I had hoped to have it off the wheel in time for the start of the Tour, but life intervened and prevented that from happening. I did manage to get all the singles spun by Friday, so when competition officially opened on Saturday, I was ready to ply.

I started with yet another superwash merino braid from my favorite fiber pusher, this one beginning at 4.3 ounces. 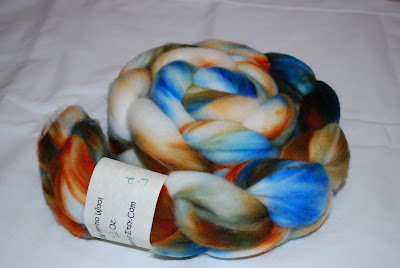 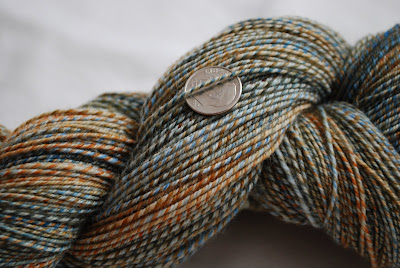 As soon as that was done, I broke out an enormous bump (10 ounces!) of Lorna's Laces wool top that I bought from Sonny & Shear about a year ago. I'd hoped to split it in half and use five ounces for a two-ply worsted weight in order to knit Rainbow a stripe-y Baby Surprise Jacket. Unfortunately, it looks like I'm really having trouble not spinning thin, so it looks like it might have to be a three ply. Here's the first section in progress: 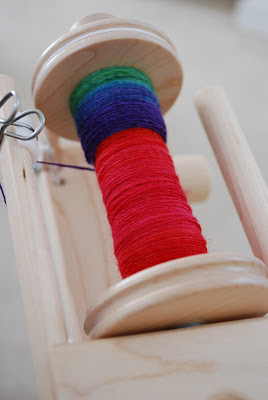 Did I mention that the colorway of this fiber is also called Rainbow? Quite a happy coincidence, if I do say so!
Posted by Sarah at 5:46 PM

Email ThisBlogThis!Share to TwitterShare to FacebookShare to Pinterest
Labels: All Spun Up, Spinning, Tour de Fleece