Secret knitting continues but should be done soon (tonight, if I get enough time to knit). As soon as it's off the needles, I will be turning my attention back to the last of the baby knitting that still needs to be finished. I pulled the baby blanket out over the weekend and finished up the second skein of yarn, so I'm getting pretty close to the end now. Anna has given me permission to finish it sooner than I was planning -- she thought it was big enough -- so after a couple more repeats of the pattern, I'll do the border and be done with it.

The added benefit of ending this early is that I'll have at least half a skein of yarn left, which means I can probably do a hat or something with the leftovers (if not for the baby, then for Rainbow, whose head seems to have suddenly grown enormous).

As soon as the blanket is done, I need to cast on for the sweater to go with it. I made the big brother a Baby Sophisticate when he was born, and I wanted to do something that was similar but not the same for this baby. I found a sweet little sweater on Ravelry, Henry's Sweater, that has the same overall look to it and picked up a couple of skeins of Cascade 220 Superwash in an ever-so-slightly heathered blue. 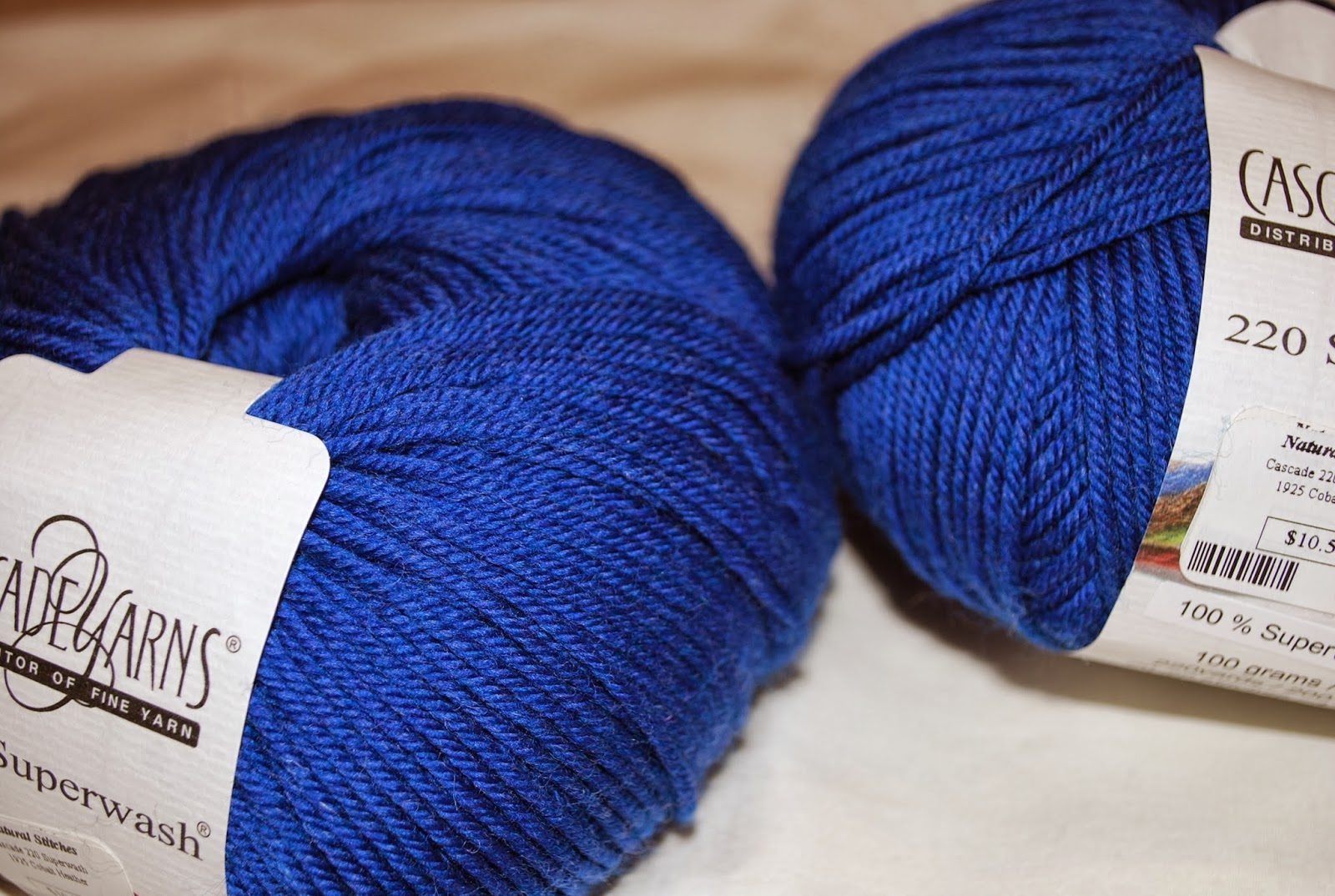 Normally I'm not one for doing blue for boys and pink for girls, but this color was so vibrant that I couldn't resist.

In other news, I've come to the realization that it's time to knit some more socks for my sock drawer. There are a number of pairs that have worn out this year and others that I'm realizing I just don't like to wear, so some new options would be welcome. I have quite a few skeins of Socks That Rock in my stash and even more skeins of handspun sock yarn, so there are a lot of options. Perhaps this weekend I will do a proper dig through the stash and see what I can come up with.

Don't forget that you can still get a 25% discount on thousands of indie designer patterns through the Giftalong! Details are available on Ravelry here.
Posted by Sarah at 8:20 PM