Another crazy weekend here. I only accomplished about half of what was on my to-do list (and on the half that was not accomplished was some photography, which is getting harder and harder to do as we get later in the year). I was able to get over to Indie Knit and Spin for a bit on Saturday morning and made a handful of purchases that I'd really like to show you, but the light right now won't do them justice. I spent most of the day wrangling the kid (first at a big birthday party and then at home through an exhaustion-fueled temper tantrum), so I rewarded myself with an evening of DVRed episodes of Masterpiece Classic, a big cup of milky tea, a couple of cookies, and some spinning. Earlier in the week I pulled out some Gale's Art polwarth/silk that I bought at MDSW this year, and after staying up past my bedtime last night, I managed to finish up the first of two bobbins.

Here's what the fiber looked like before (the colorway is called Winter Is Coming -- so apt for these shades): 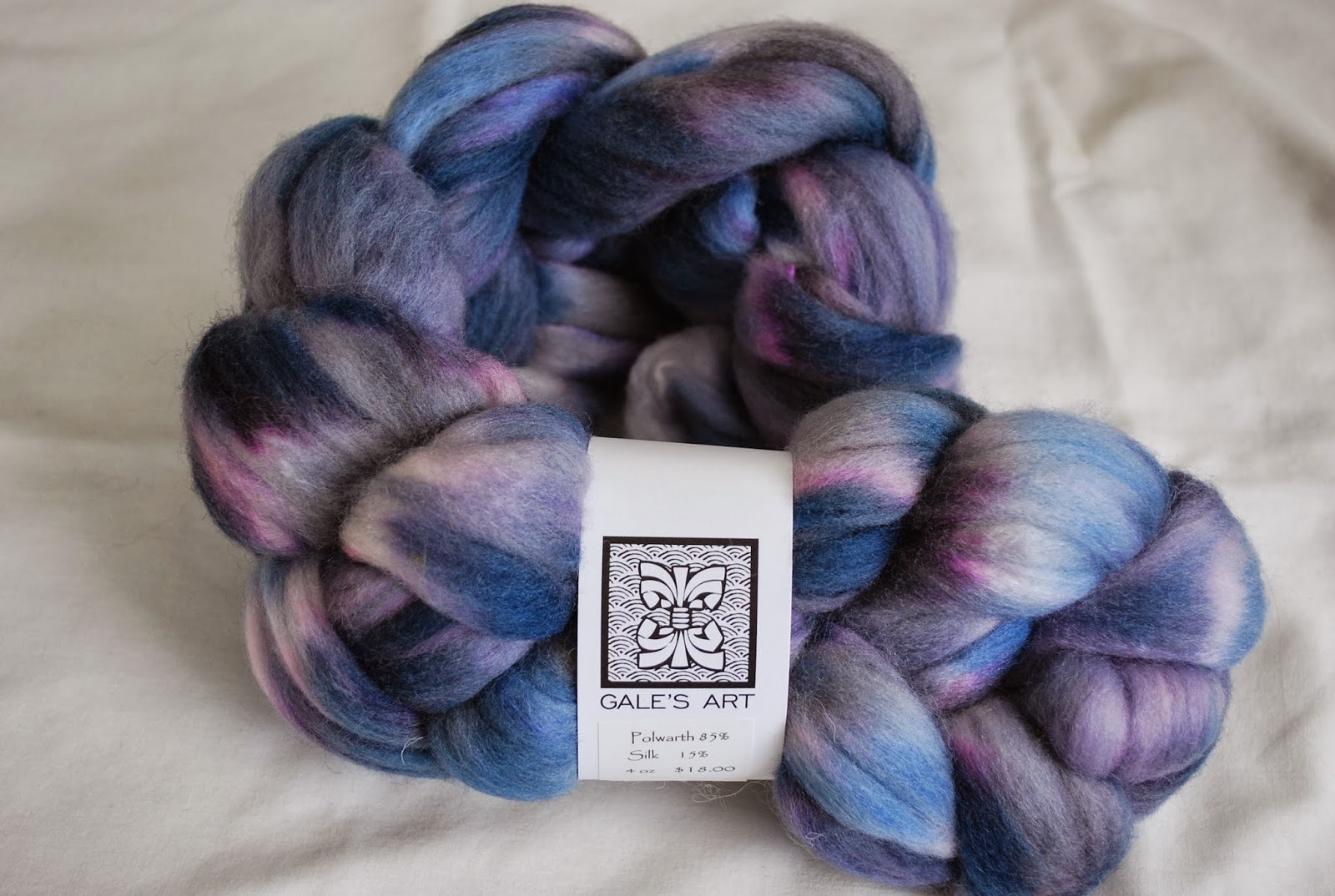 and here was the bobbin yesterday morning, before I put in all the time at the wheel: 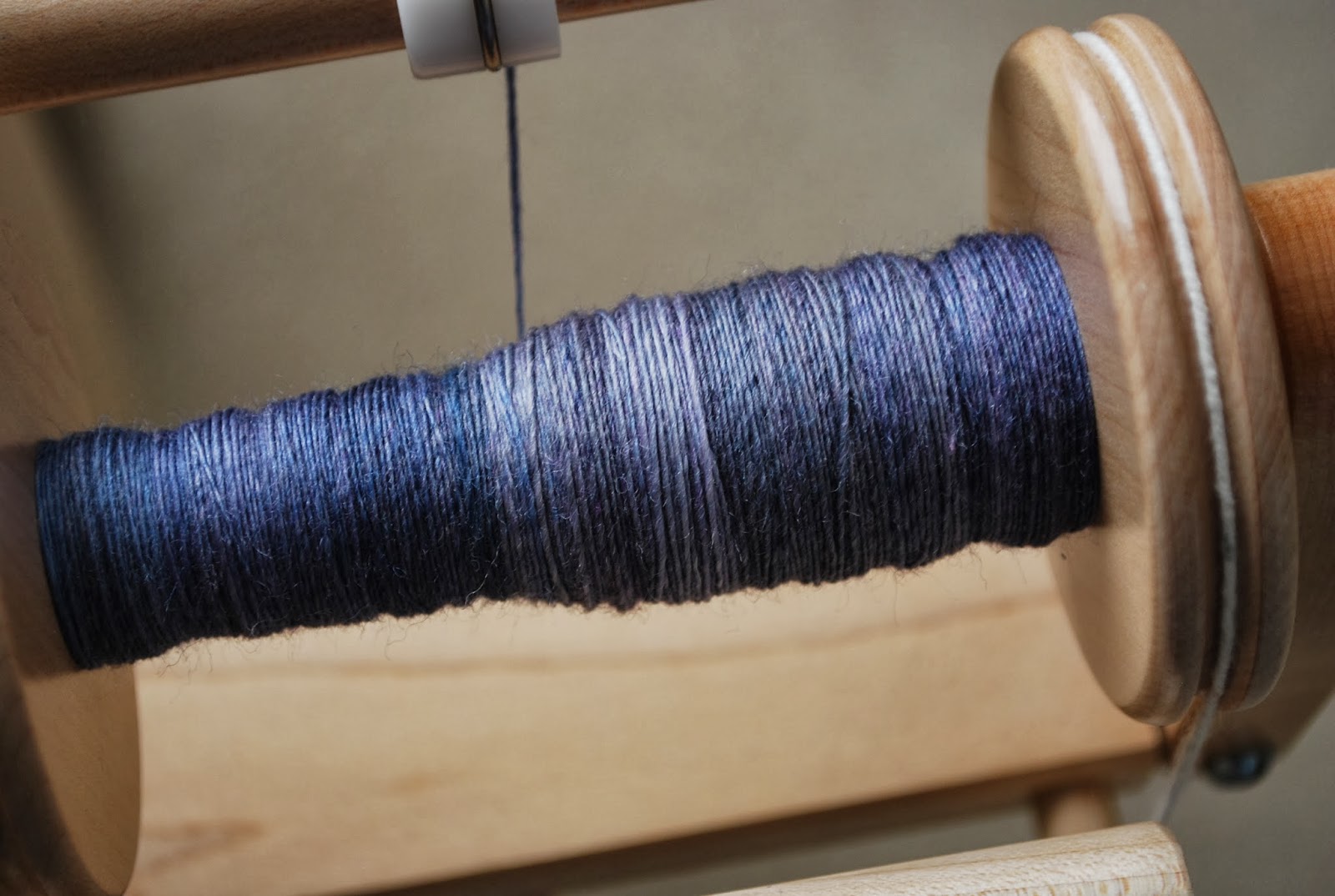 This is such an enjoyable spin that I really didn't want to stop last night (and fortunately it was a weekend and I could stay up so late). The fiber is beautifully prepped; it drafts effortlessly and, but for a few slubs of silk and a couple of tiny pieces of VM, it's perfectly clean. Polwarth is probably my favorite fiber to spin, and combined with silk it's an absolutely dream. I'm hoping to get the second bobbin done this week or at least by next weekend. The plan is to use the resulting yarn for my friend Amy's Quinta Cowl as a present to myself.

I also finished the second skein of yarn from my Spinzilla singles, but as it looks pretty much like the first one, I'll spare you another picture of cream-colored yarn. I'm hoping to ply the third one at some point this week. If I can get that done and deal with the leftovers, there should be a dyeing experiment to document in the near future!
Posted by Sarah at 8:45 PM