It's been quite a while since I did any test knitting, mostly because I don't have enough time as it is to work on my own designs and knit baby gifts and whatnot. That said, I still keep my eye on the Ravelry testing groups because I'm interested to see what others are doing. One day late last week, I stumbled upon a test for a stranded colorwork hat that would be perfect for Rainbow. I contemplated it for a few minutes but then clicked elsewhere (because have I mentioned that there aren't enough hours in the day?). I kept thinking about it, and I logically came to the conclusion that (a) Rainbow needs some new hats, which I was intending to knit her anyway, and (b) this was a really cute one that had all the work done for me and likely wouldn't take me more than a few days. So I signed up.

After digging in my stash to find the yarn (Knit Picks Swish Worsted that I'd bought as part of kit years ago and will never make), I cast on Friday evening, worked on it some more Sunday afternoon while binge-watching The Paradise, and finished it Monday night. In the first half hour or so of knit night last night, I knit the butterfly, which I attached when I got home. Clearly, the recipient loves it. And this mommy is happy, too, because the stranding and the hemmed brim make this a super cozy topper -- much needed, as the weather's getting colder. 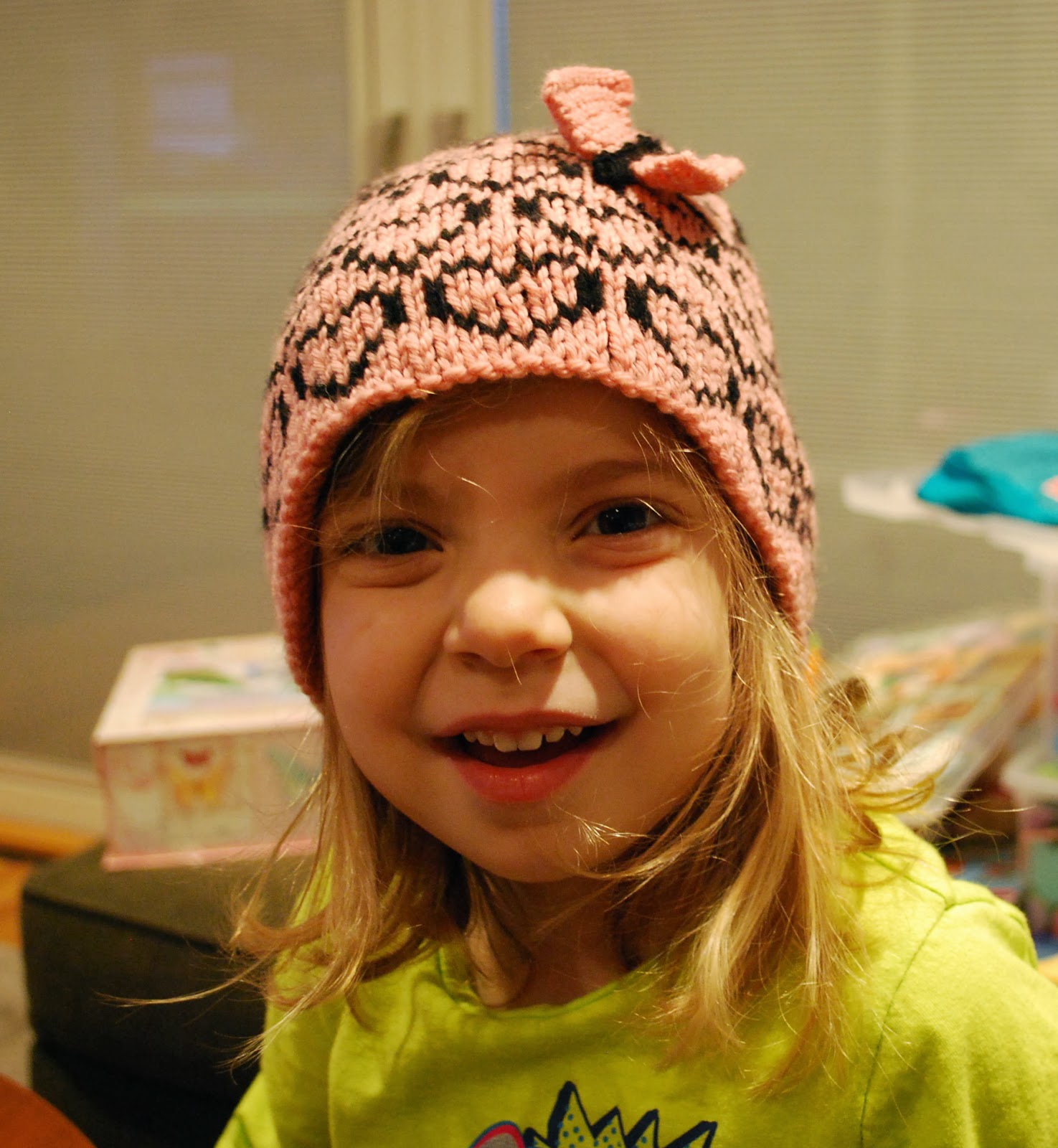 I might even knit this one again, but with a couple modifications. First of all, I'm not sure that I really love this hat shape on Rainbow (I keep worrying that it's going to fall off her head), so I might adapt it to more of a beanie shape. I also think I'd also go down a needle size or two and knit a larger size; I used worsted weight yarn, though the pattern called for Aran, because that's what I had. I think the colorwork would look tidier at a slightly smaller gauge. I used 7's for the brim hem and 8's for the colorwork, but I think it would work well with 6's and 7's. 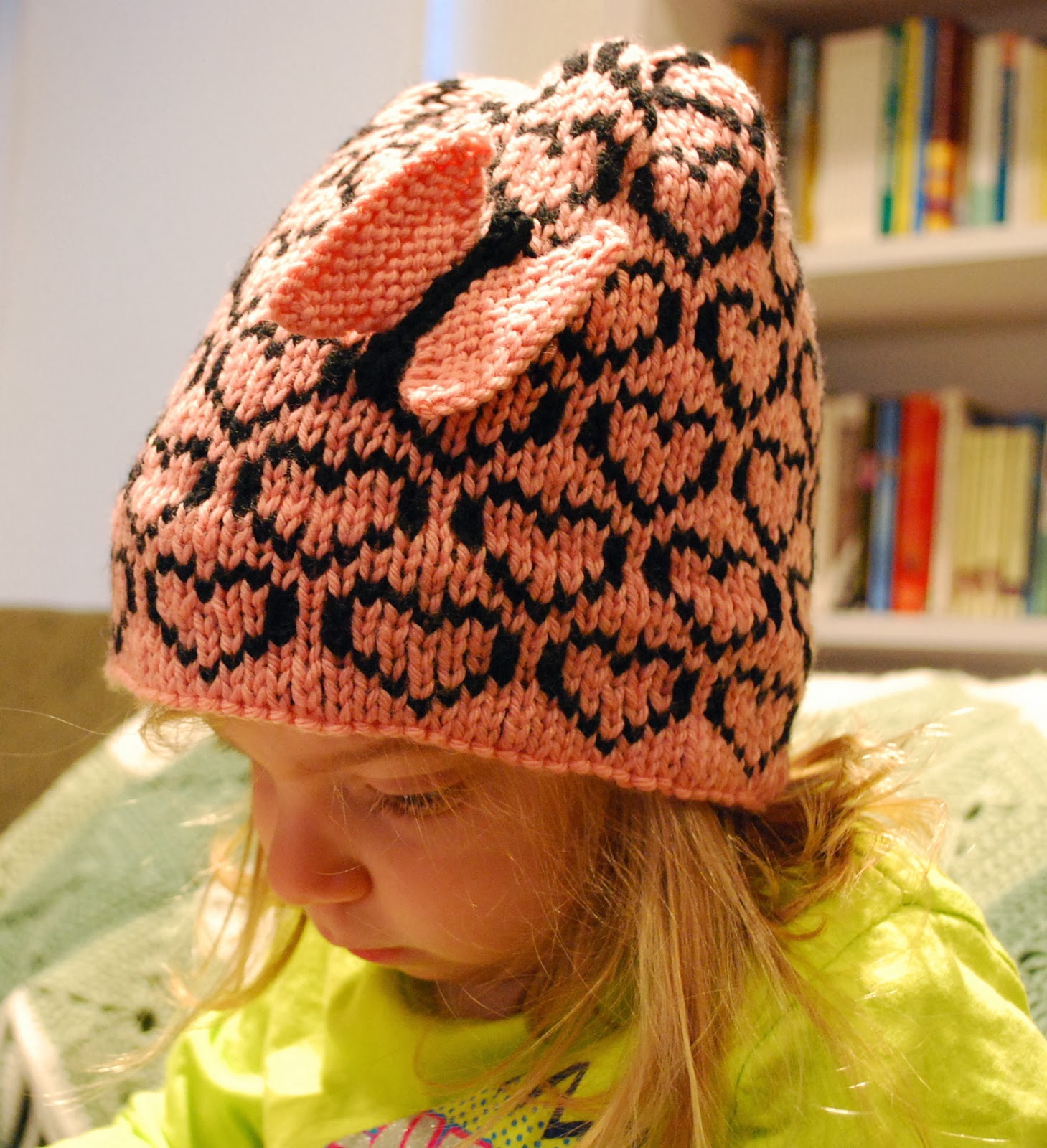 The pattern is by Kate Bostwick of Cowtownknits, and I'm expecting it'll be up in her store sometime next month, if you're interested.
Posted by Sarah at 8:31 PM