It's All About the Gradients

I'm posting a little on the early side today because we're planning on spending the afternoon poolside and I'm sure I'll be rushed to get everyone ready for the week when we're back this evening.

In any case, I've been spending a awful lot of time at my wheel the past few days, and as a result, there is a lot of progress to show. It helped that I was home from work on Friday and spent at least a few hours at the wheel in total.

For starters I finished up the first bobbin of singles of my most recent Fat Cat Knits fiber club shipment. This was the more autumnal gradient called Vintage. 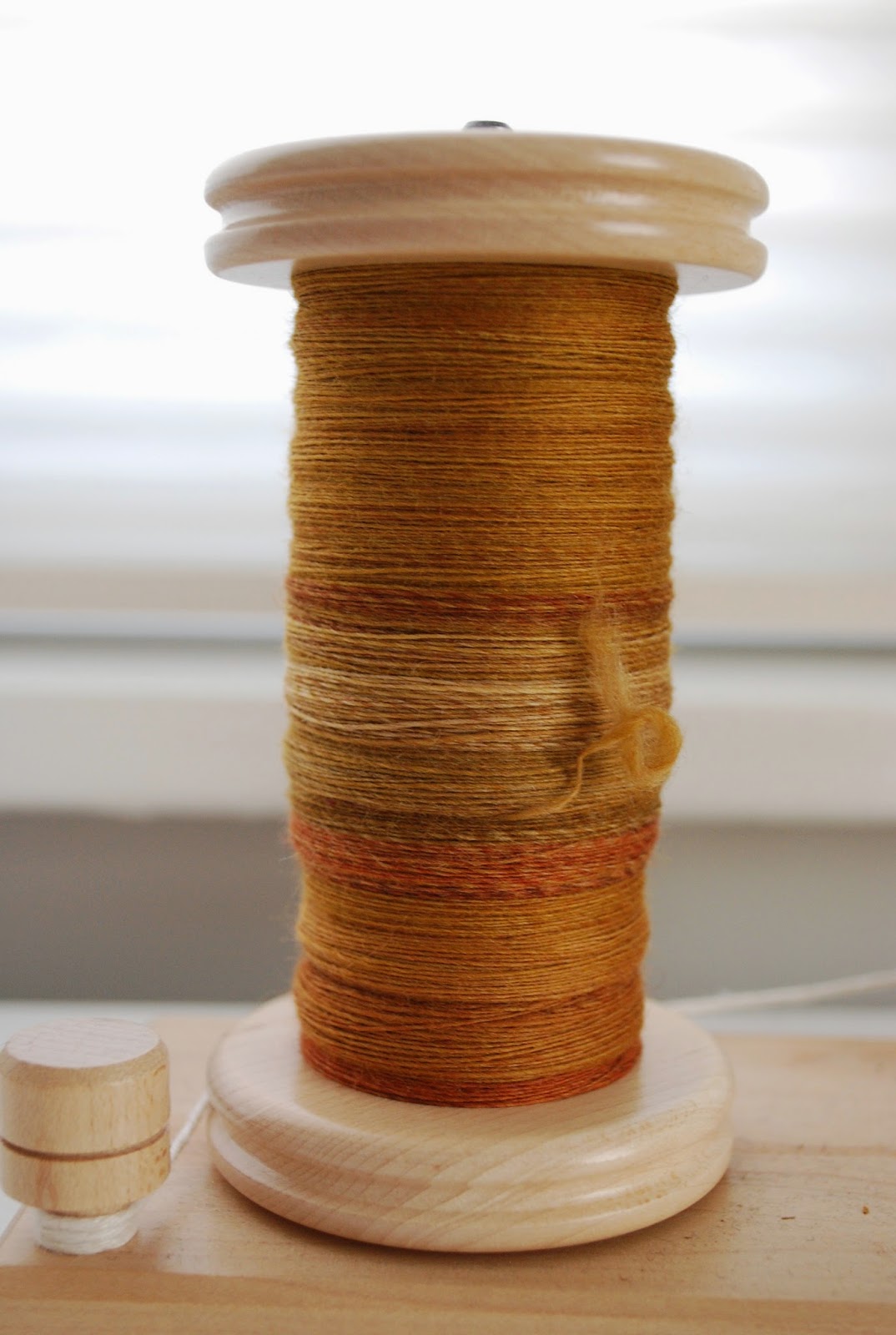 The lightest end of the fiber is what's showing here; I started with the dark end, which was a deep, russet-y red color. 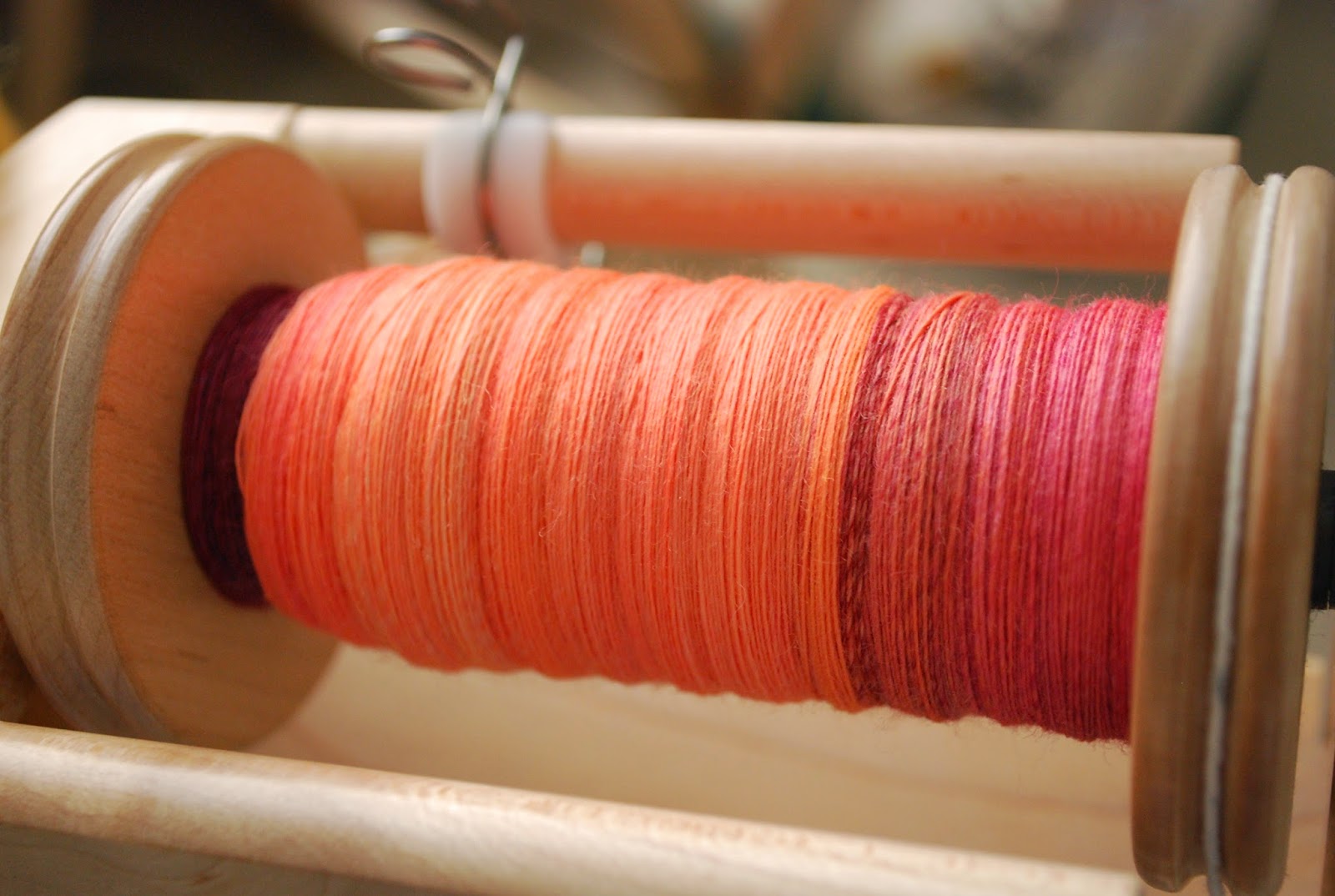 The next and final color in the sequence is a bright and cheerful yellow. If I can get in a bit more time at the wheel this evening, it's possible that I might actually finish this bobbin. Then will begin the process of chain plying (I'm probably going to do it on the miniSpinner to expedite the process a bit). My goal is to get both skeins finished by next weekend.

Speaking of gradients, I've been meaning to share my most recent acquisition, also a Fat Cat Knits polwarth braid. This is called Mon Ami, and it's the colorway of the month. There were two dyeing options for this colorway, and I chose the gradient. I'm pretty sure I'm going to spin this as a fractal two ply. 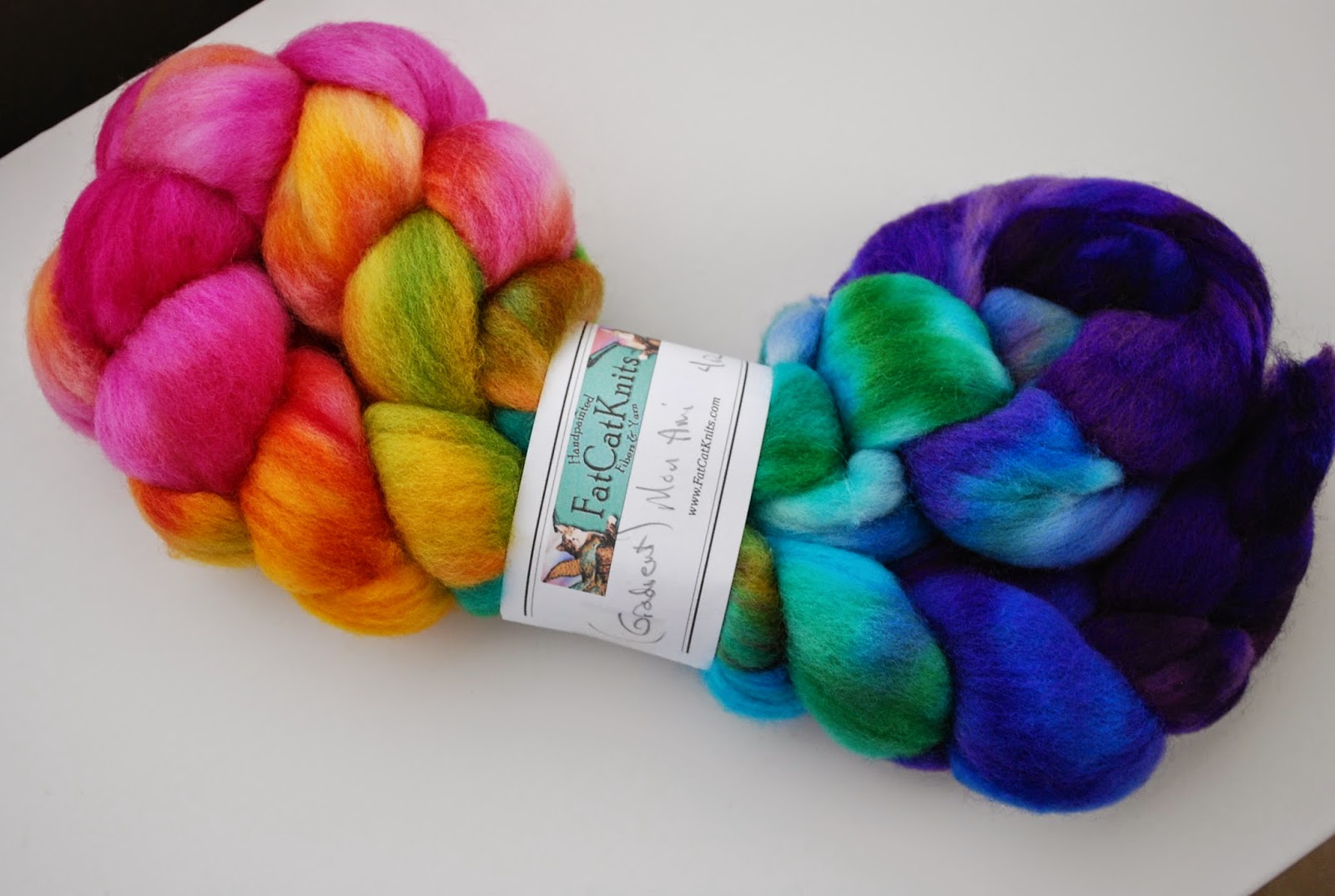 Pretty, isn't it? I'm tempted to throw it on the wheel next, but I think I'm going to save it for the Tour de Fleece, which will be here before we know it!
Posted by Sarah at 11:59 AM