I've been working on my Knit Picks socks for the last couple of days, and I've reached that stage where I play chicken with what's left of my yarn -- you know, where you knit faster because you think that will help you to finish before the yarn runs out? I did weigh the first sock after it was finished as well as the remaining yarn, and I should have several grams leftover, but the ball that's left is starting to look awfully small. 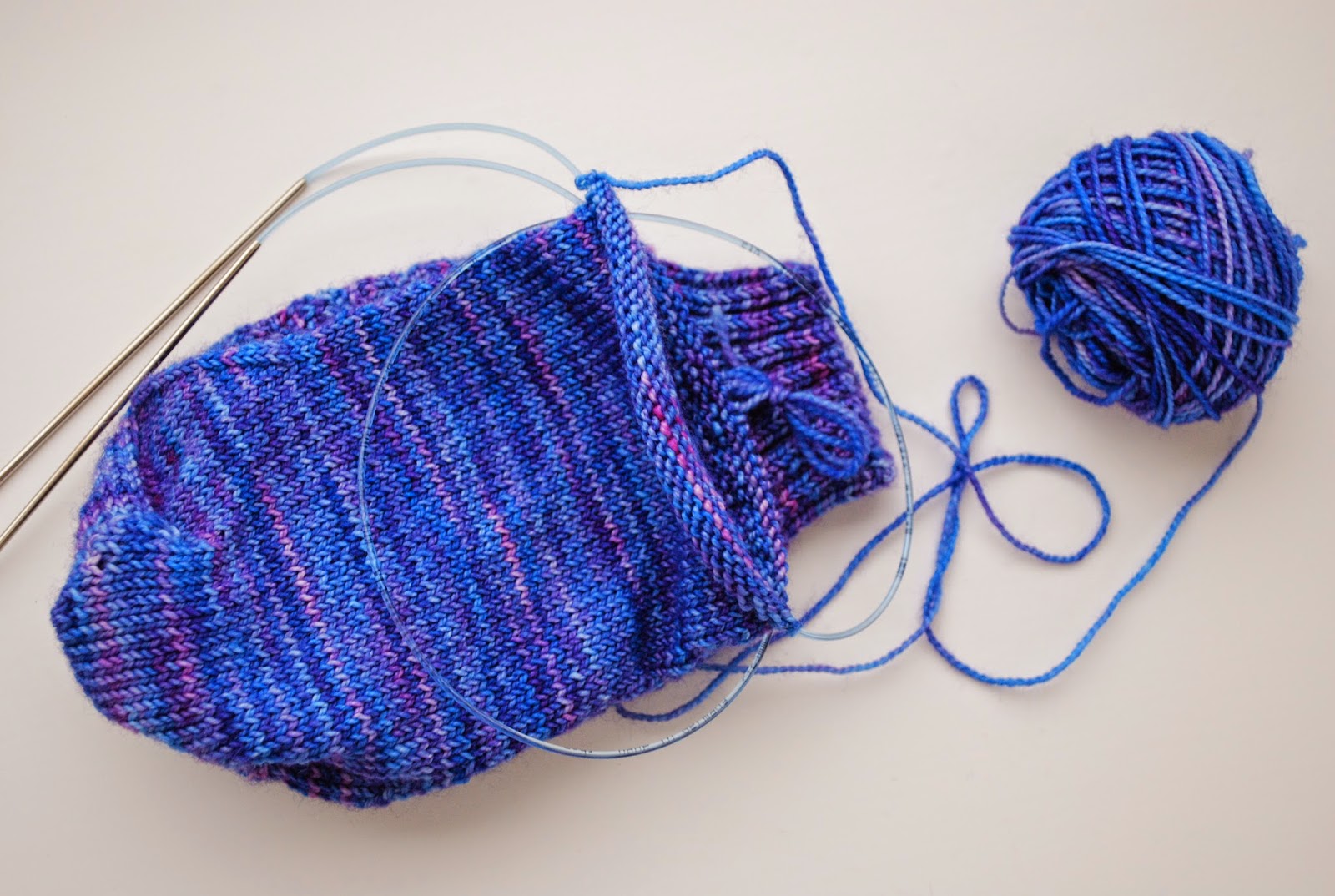 If I run out before finishing the toe on this sock, I'll be in a bit of a pickle. I'm not sure I'd be able to get more yarn, so I'd probably have to chop off a bit of the cuffs to get enough yarn. I really don't want to have to do that, so keep your fingers crossed.

Tomorrow I'm taking the day off (I have a couple of personal days that go poof at the end of the month if I don't use them, so I'm taking two Fridays off for myself). I have an errand or two to run, but mostly I'm planning on spending the day doing crafty things. One thing that I'd like to get done before the end of the month is carding up my Rambouillet fleece. I bought a flicker brush at my LYS last weekend (I didn't think the dog brush I had was going to cut it for an entire fleece), so my plan is to flick open the locks and then drumcard them. Ideally, I'd have a bunch of batts ready to spin up for the Tour de Fleece. I haven't touched the fleece since I finished washing it up (which was more than a year ago, because I did it before we started our basement renovation project last summer), and I'd forgotten just how pretty it is. I'm really hoping I don't destroy it trying to drumcard it!
Posted by Sarah at 8:03 PM