Too Close for Comfort

Last night I finally finished Rainbow's shawl. I was trying to use up as much of the yarn as possible, and boy did I ever cut it close. After binding off the last stitch, this is all the yarn I had left: 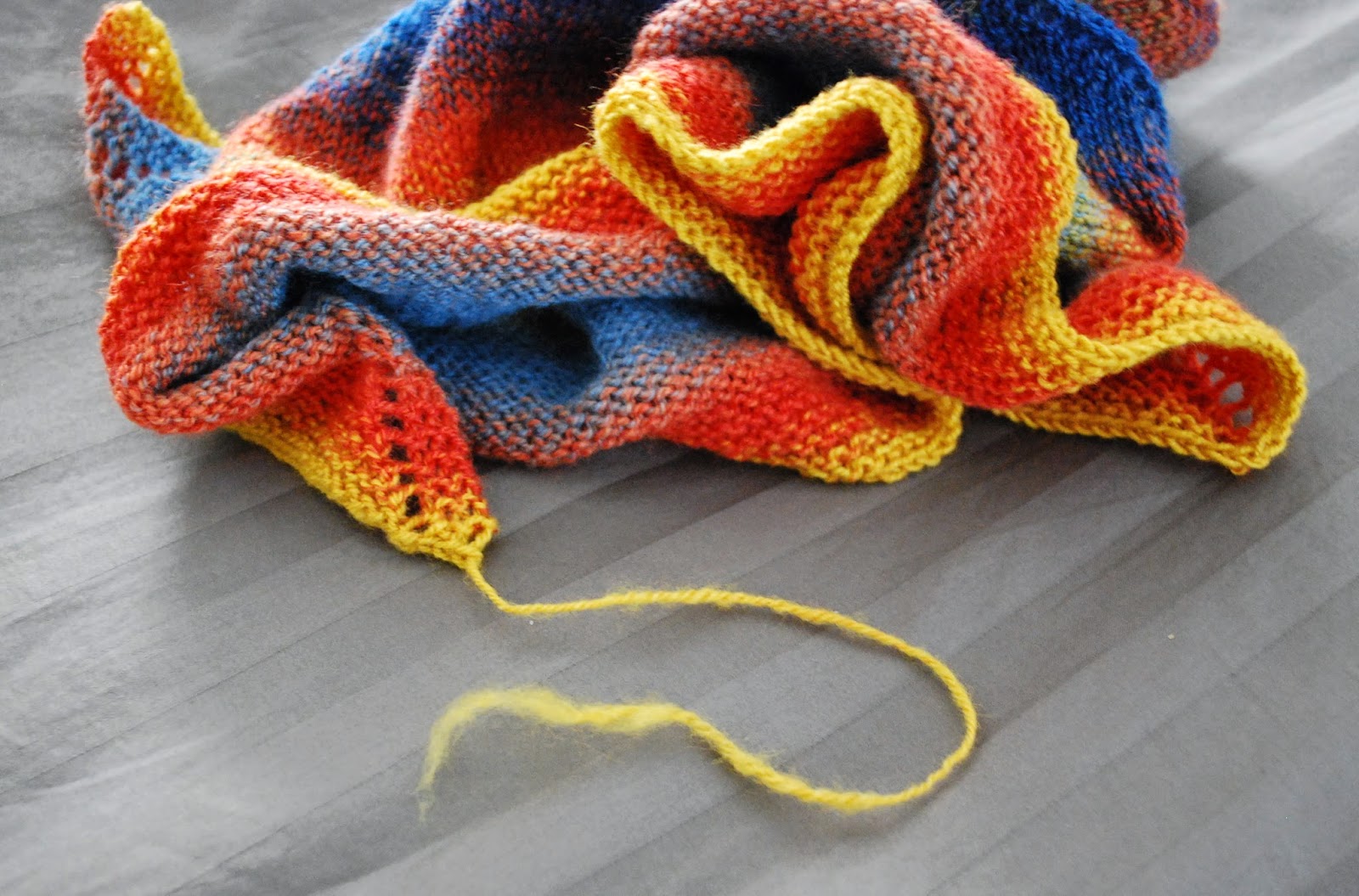 There was an intense game of Yarn Chicken being played on that bind off row; for a while, I really thought I wasn't going to have enough and was going to have to find something that wouldn't clash too much to finish the bind off. I knew Rainbow wouldn't care or probably even notice if that happened, but it would bug me. (Actually, if I'm being completely honest, I probably would have tinked back a few rows and done the bind off earlier.) In any case, I made it, so now I just need to weave in the tails and block it. I'm not sure that she'll necessarily need a shawl in the middle of summer, but I know she'll be happy to have it.

Meanwhile, I'm in the middle of Clue 4 on my TTL Mystery Shawl. I'm really enjoying this pattern, though I think my yarn is obscuring it a bit. I'm hoping it'll be easier to see when I block. Kirsten recommended a gradient yarn set for the pattern, but I'm finding that I'm actually liking the solid or nearly solid ones in the spoiler threads. Perhaps one day I'll knit it again in a solid.

I'm getting the itch to cast on for a new design (for which I bought yarn last weekend), but I am forcing myself to wait at least a few days. I am taking this Friday off from work and am planning on doing a little pattern writing in the morning and then spending the rest of the day knitting and catching up on the DVR. I'll give you a preview of the yarn, though: 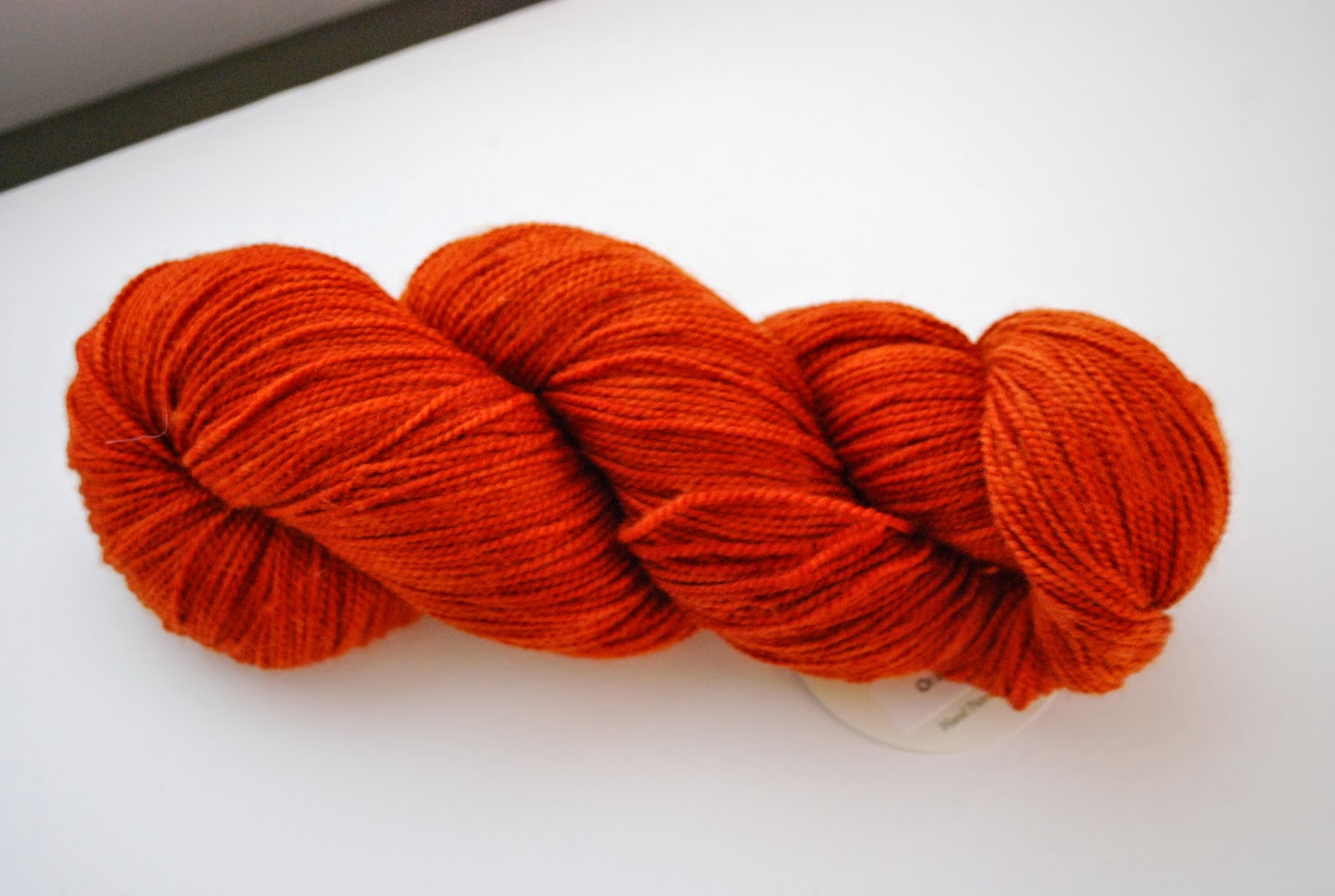 Isn't it pretty? I'm not usually an orange person, but this color kept calling to me (it's really more of a pumpkin, though, wouldn't you say?). The yarn is Baah! La Jolla, which my LYS only recently started carrying. It's a nice squishy merino, and as it's two ply, it'll be great for lace. I'm excited to start knitting it up!

Stay tuned for a design announcement later this week!
Posted by Sarah at 7:39 PM