There was a time when I was spinning the same type of yarn over and over again and I could reliably get the yardage I wanted. Apparently that time is no more, if my latest skein is to be believed. 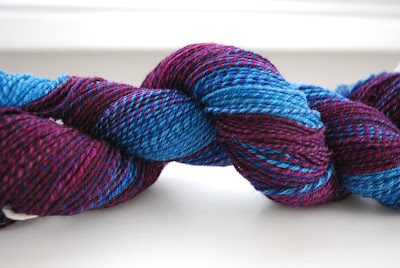 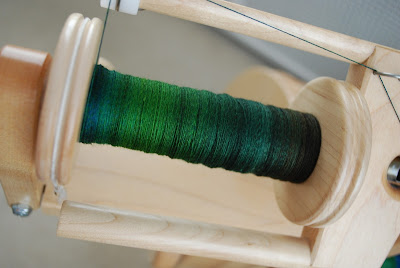 This is not going to be a quick spin, that's for sure; what you see on the bobbin is probably three or four hours of spinning. But I just know that it's going to be absolutely stunning when it's done.

I received some more sparkle in the mail this week in the form of a Tour de Fleece prize from the Fat Cat Knits team. Ginny, knowing how much Rainbow loved the sparkly yarn I spun during the Tour, send me 4 oz. of blended merino/sparkle top in addition to an FCK t-shirt and some awesome handspun tags. 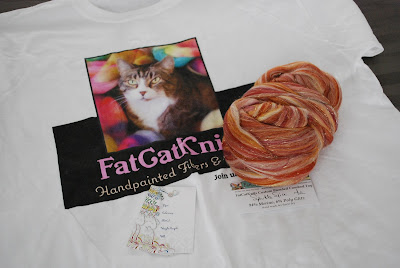 This fiber will be a fun spin -- and take a wild guess who's already claimed it!
Posted by Sarah at 5:22 PM