It's Growing on Me

I've done a fair amount of spinning the last two days, and as a result, I'm now more than 2/3 done with my Southern Cross Fibre Shetland singles. 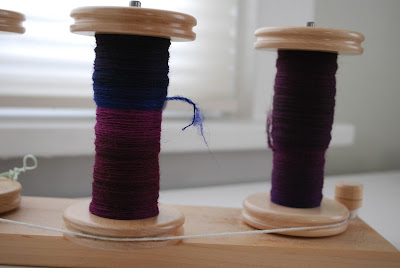 The second bobbin of singles (the one on the left in this photo) was started on Friday night and finished up yesterday afternoon. I also promptly started the third bobbin, which is beginning with some gorgeous blues (and trust me, they're much prettier when they're in focus -- I'm not sure what my camera was doing here). 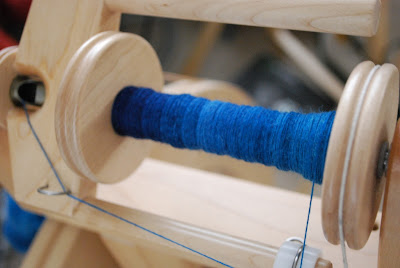 I won't say I love Shetland at this point, but I will admit that it's growing on me now. I think the key is to remember that it's a bit rustic. The yarn isn't really soft, and it doesn't draft as smoothly as some of the fine wools, but I know the finished yarn is going to be really delightfully woolly.

And speaking of woolly, my next club shipment showed up earlier this week. This month's fiber is Eider wool, a breed I'd not heard of before. It's definitely very sheepy -- Rainbow took a good whiff of it when I pulled it out of the bag and made a face at the smell. I was able to predict which of the two colorways I was going to get this month, but I loved the picture of the two colorways together so much when David posted them that I bought a batch of the other color as well. 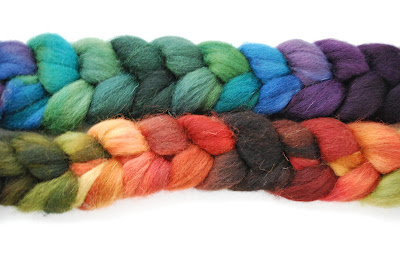 The lighting is making these come out a bit brighter than the colors are in real life, but here you see Water (top) and Lily (bottom). Can you tell that the inspiration comes from Monet's paintings of water lilies? Here's what they look like together: 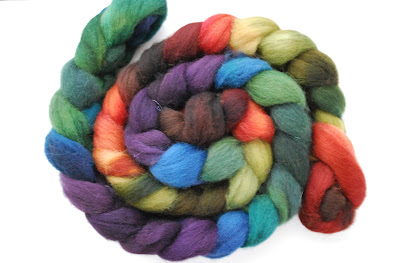 Originally I was going to spin up each color on its own and then ply them together, but now I'm having second thoughts. I think this wool would be great for some stranded colorwork outerwear (lined mittens and hats, perhaps), so now I'm pondering spinning each up on its own and using the two yarns together. Lots of decisions to make -- but still plenty of spinning to do in the meantime!
Posted by Sarah at 5:24 PM