What Can Brown Do for You?

There has been a lot of spinning happening this weekend, and to be honest, it's a bit boring. But first, here's my most recent finished skein, the HipStrings Tour de Fleece colorway: 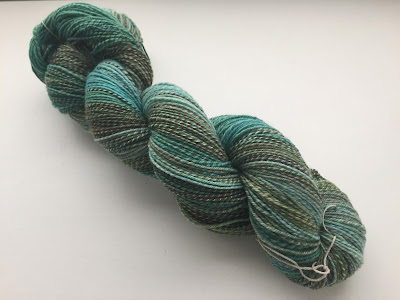 Once that skein was done, I set my sights on the Southern Cross Fibre chocolate Bond I wanted to spin to go with the Charollais I finished up earlier in the Tour. I was hoping to be able to spin it the same way (long draw from top) if I could so that I could use the two colors together. I mostly succeeded, though this fiber didn't cooperate as nicely as the Charollais did, so there was a lot of starting and stopping and pulling out slubs of fiber. But at least it was fast: I spun up these three bobbins in the span from Friday night to Saturday night: 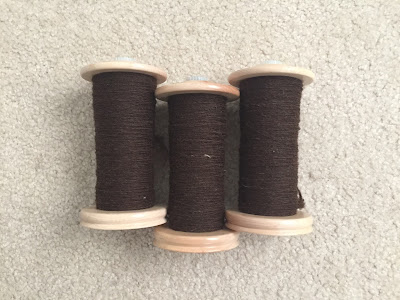 And earlier this afternoon, I plied most of the singles into another giant skein: 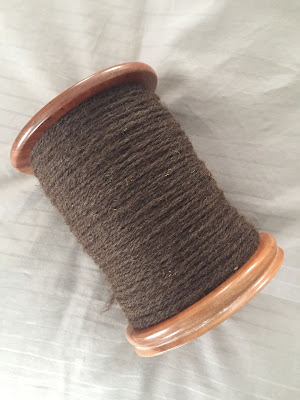 I've since wound it on my niddy noddy and put it in to soak. I hope that it'll be dry by tomorrow so I can measure the final yardage. The good news is that the plied yarn looks about right, so I'll be spinning up the remaining fiber to match. I've got a week left to finish it, and if I can spin at the same pace, that should be no problem. By next week's Sunday post, I should have a nice pile of finished Tour de Fleece spinning to show off!
Posted by Sarah at 4:19 PM