Some Treats for Your Ears 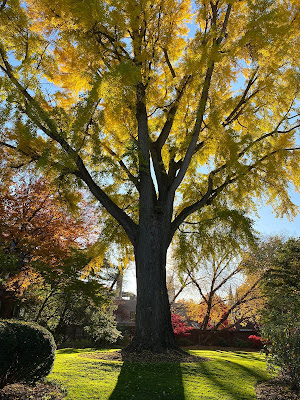 Do not adjust your computer -- yes, I'm blogging on a Monday! I know it's something I rarely do, but I'm feeling so happy this particular Monday morning and I'm the only one at home today, so I felt like putting up a post. Last week I mentioned something about podcasts, prompting Juliann to ask for recommendations and then a request from Mary to put those recommendations into a blog post, so that's what this bonus post is all about.

I'm not sure if I'd technically be considered an early adopter of podcasts, but I've been listening to knitting podcasts since about 2005, so quite a while. Back then I was still single, living in an apartment by myself, and taking the bus to work every day. Podcasts were still a new thing back then, but I found a few to listen to during my commute, and it's a practice I've continued. Back in the Before Times, I'd typically listen on my walk to and from work and during my lunch break while I knit. Now that I don't have that commute or that lunch break (I typically work through lunch because I use my break time to run or walk), I'm mainly listening while I exercise. I actually used to listen to upbeat music on my runs, thinking that the beat would help me to keep a steady pace, but I've found that listening to something spoken word, be that a podcast or an audiobook, actually works better because I usually focus on what I'm listening to more than how hard it is to breathe or how my muscles are burning. And when you've borrowed an audiobook from the library and have only a limited amount of time to listen, and you only listen when you're exercising, it's a great motivator to get out there!

I've listened to quite a lot of podcasts over the years, quite of a few of which have "pod-faded," so I am limiting my recommendations to what I am currently enjoying. This isn't a complete list, just some highlights that I can highly recommend.

So there you have it! I hope if you're looking for something new to listen to, these recommendations are helpful to you. The photo at the top of the post was one I snapped yesterday while I was out listening to podcasts on a long walk -- it was really a spectacular day, and the sun was just right to illuminate that beautiful tree.

Email ThisBlogThis!Share to TwitterShare to FacebookShare to Pinterest
Labels: Podcasts