Still Getting Caught Up

G'morning, friends. I hope you all had a good weekend. We ended up being busier than I was expecting, but I got everything done that I needed to and had some much-needed down time. One of the things I got done was taking care of the last steps to finish my latest skein of handspun. I am still working on my long-term project to spin my older Southern Cross Fibre club shipments, and this particular skein was spun from what was the oldest shipment I had -- Dot on Bond from October 2017. 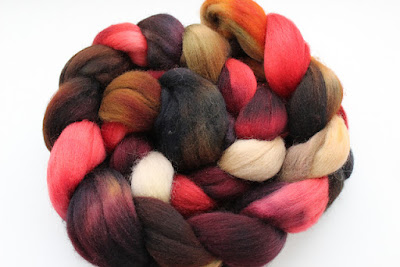 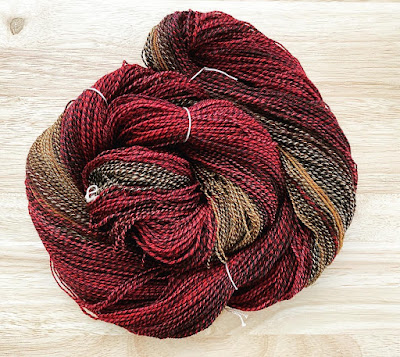 I was hoping that the tan/light brown would be more distributed, but somehow it ended up getting concentrated primarily in one part of the skein. But that meant that the reds were also concentrated, and that made those reds really intense. 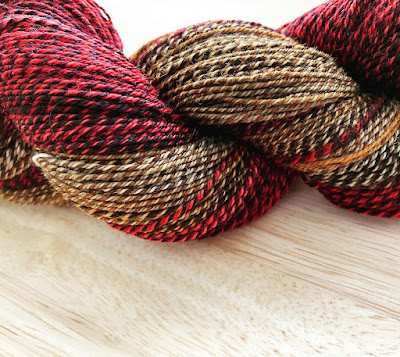 I used up every bit of singles that I spun by making a plying bracelet when the first bobbin ran out and then chain-plying a yard or two when the second one ran out, and I ended up with approximately 426 yards. That would make this yarn pretty much perfect for socks. I do like the colorway much better in yarn form, but it's still not really something I'd pick on my own, so this skein will probably be posted on the Instagram account where I sell my handspun (though if any of you wants first dibs, let me know!).

Here is where things stand on this project now -- this is a photo I took of the remaining SCF club stash in March, I think, so it's missing the three most recent shipments: 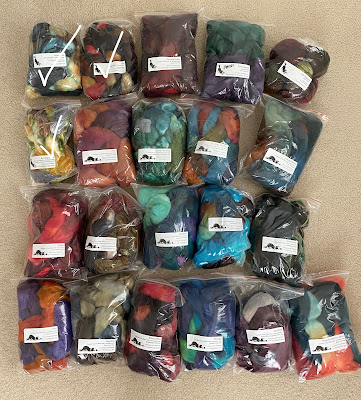 I'm not quite keeping up with the influx of new shipments, but I am spinning up older ones! The colorway in the center of the second row (the blue/green) has been sitting next to my wheel waiting to be spun up next, and I also think I'm going to do a combo spin of three red-heavy colorways. We'll see if I ever manage to catch up!