My spinning for the foreseeable future is going to be pretty boring, but that's what you'd expect from 8 oz. of white fiber. I did put in a couple of hours at the wheel on Friday night, so while it doesn't look like much, progress has been made. 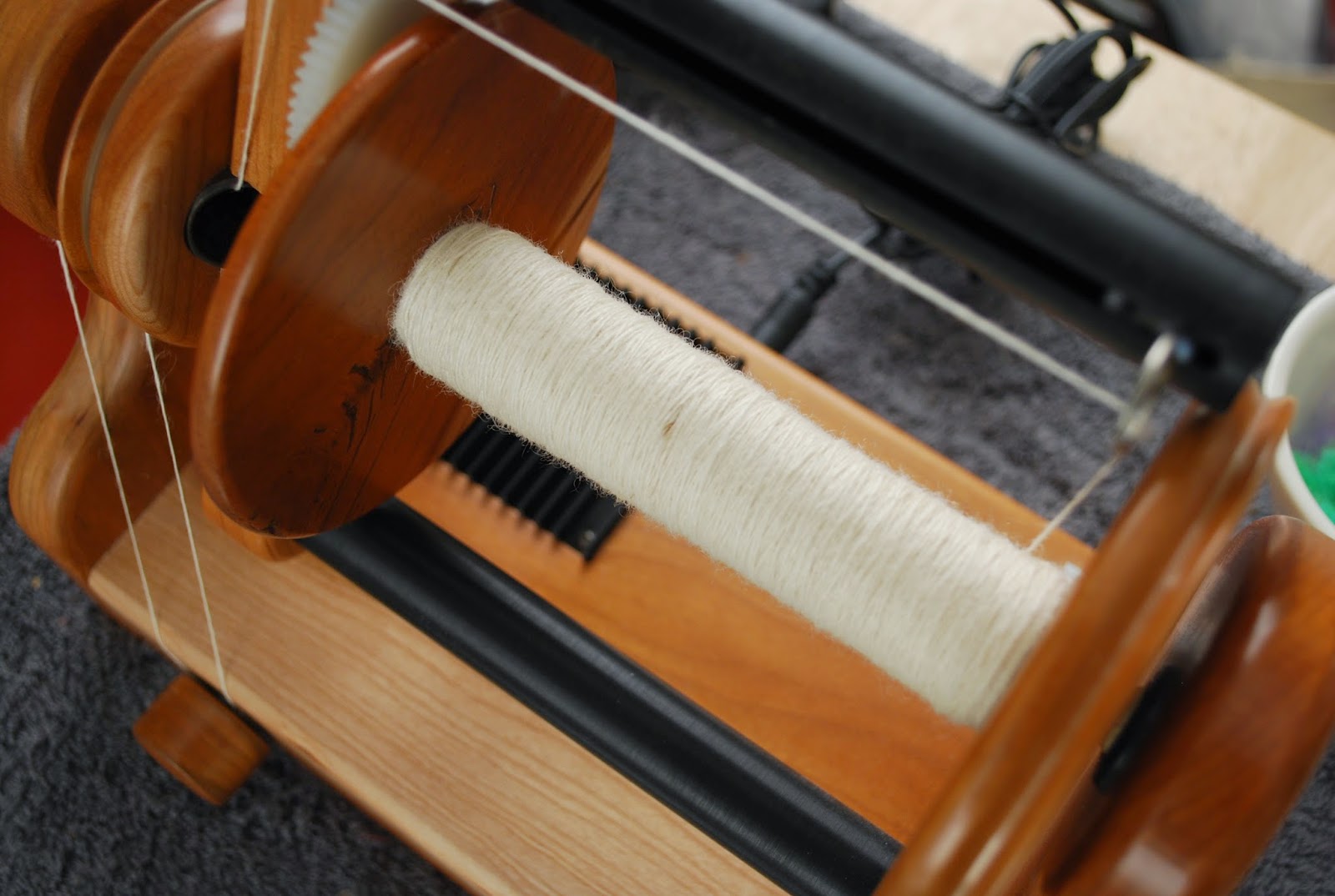 and here's this week: 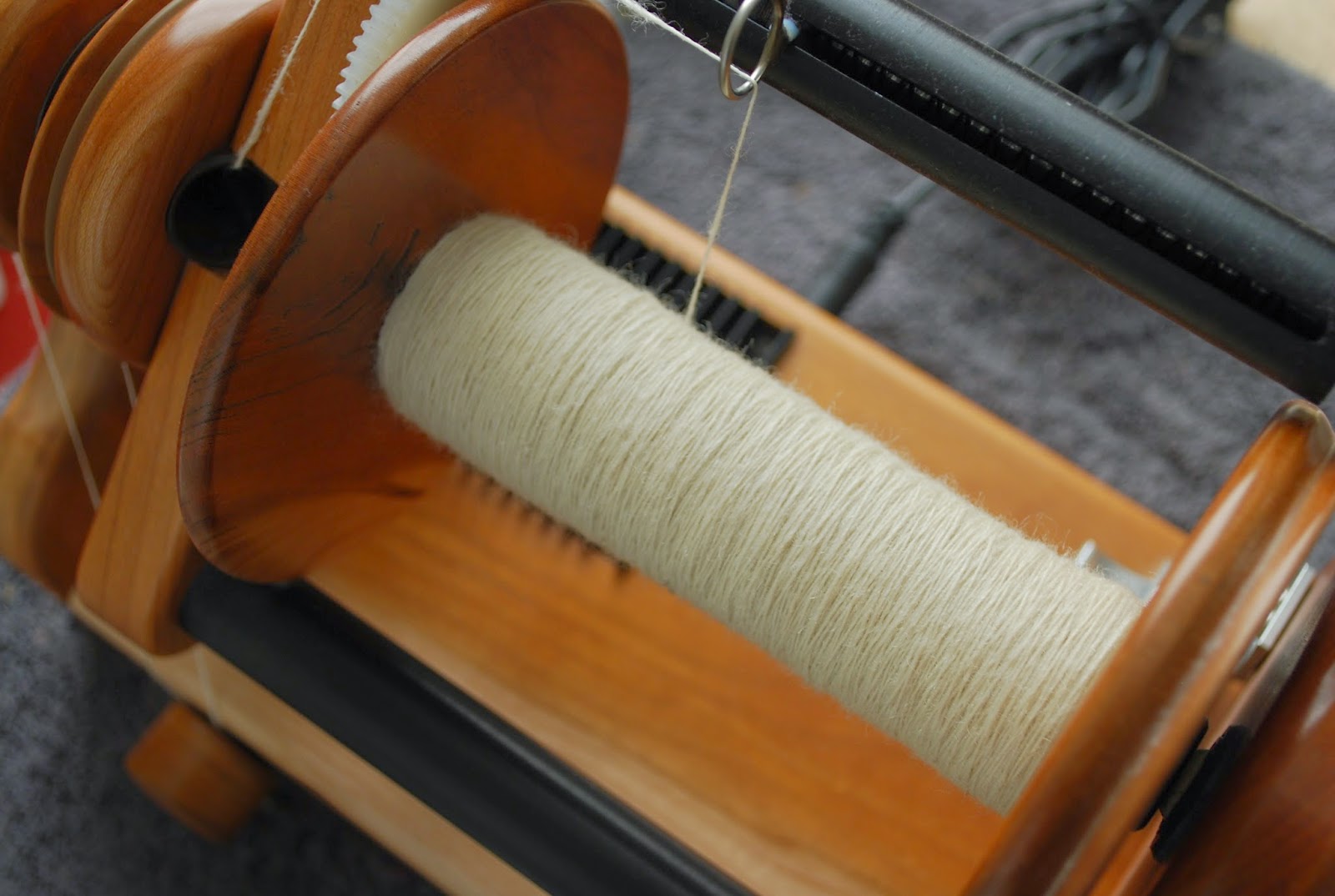 This may not look like much spinning, but that's really only two evenings' worth of spinning. I have been doing so much knitting the past week that the wheel has been neglected, and even that small amount of progress is gratifying.

I can tell that the ball of fiber left to spin is a bit smaller as well, so at least I don't feel like I'm in the black hole of spinning (where you seem to spin for long periods of time but the amount of fiber left to spin doesn't seem to get any smaller). I've slowly been working my way through the entire series of the  Doctor Who reboot -- usually on my laptop, which I have set up next to my wheel -- and what was done Friday night was spun during the last two David Tennant episodes. We'll see if Matt Smith is as conducive to spinning.
Posted by Sarah at 3:50 PM