Nearly two years ago, I started knitting a doll for my then newly 3-year-old daughter. I got as far as finishing the body and half of the head before I shoved it away in the bottom of one of my knitting bags. In the many months that followed, I got it out a couple of times and did a round or two before relegating it back to its hibernation spot. Then, a month or two ago, my daughter started asking if I would finally finish it. The gauntlet was thrown, and I of course said yes.

It has not been an easy knit, because it's all in cotton (which my hands do not like), but I have stuck to my plan to have it done before her birthday and I made it almost a month early. 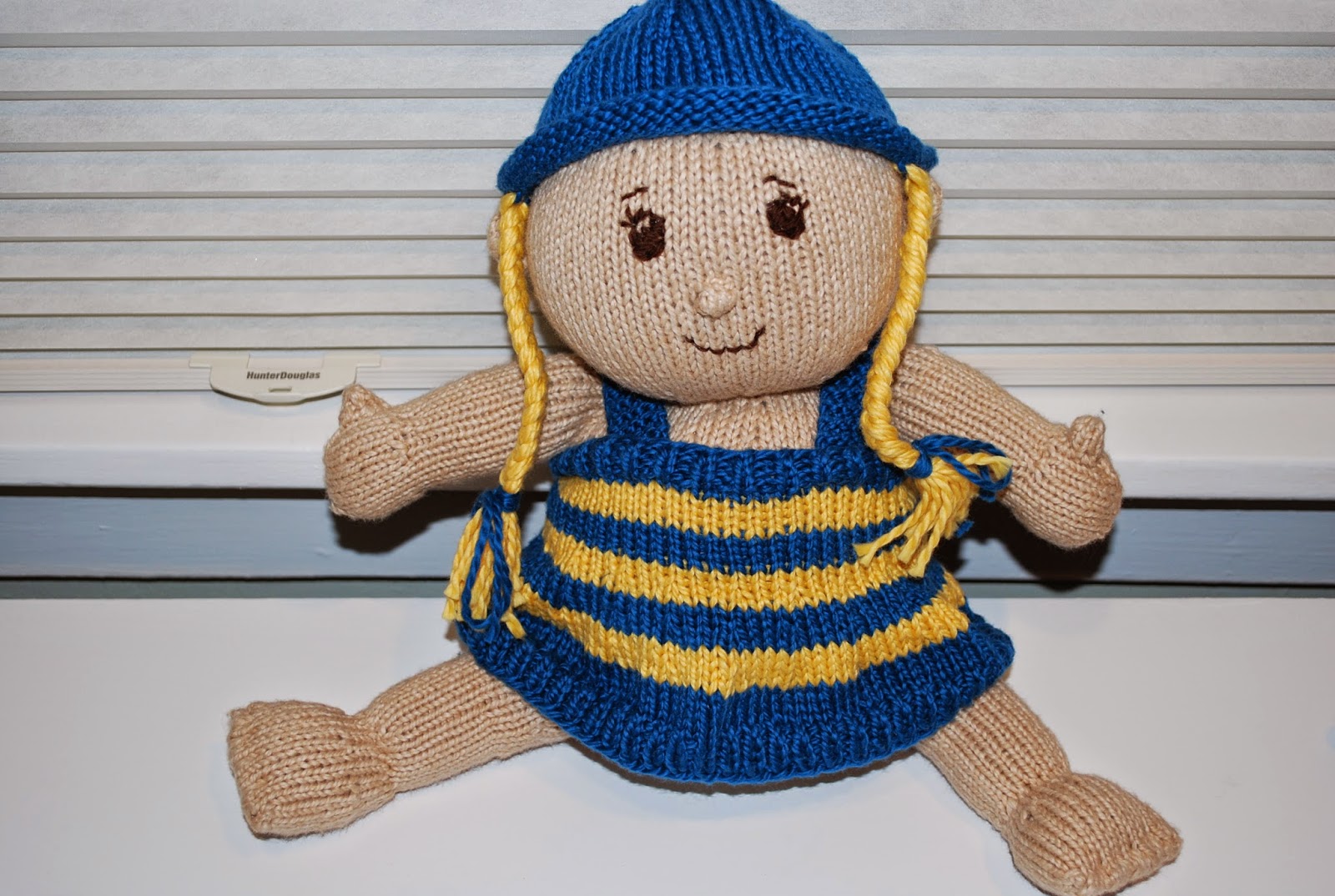 Let me start by saying that the finished item is completely adorable and the recipient is over the moon about it (so much so that, upon discovering where I'd left it on her pillow this morning, she ran into our room to poke me awake and say thank you -- which would have been awesome had it not been 5 a.m.). What's particularly clever about this pattern is that it looks like a little girl, but by removing the hat and the dress, it becomes a baby again: 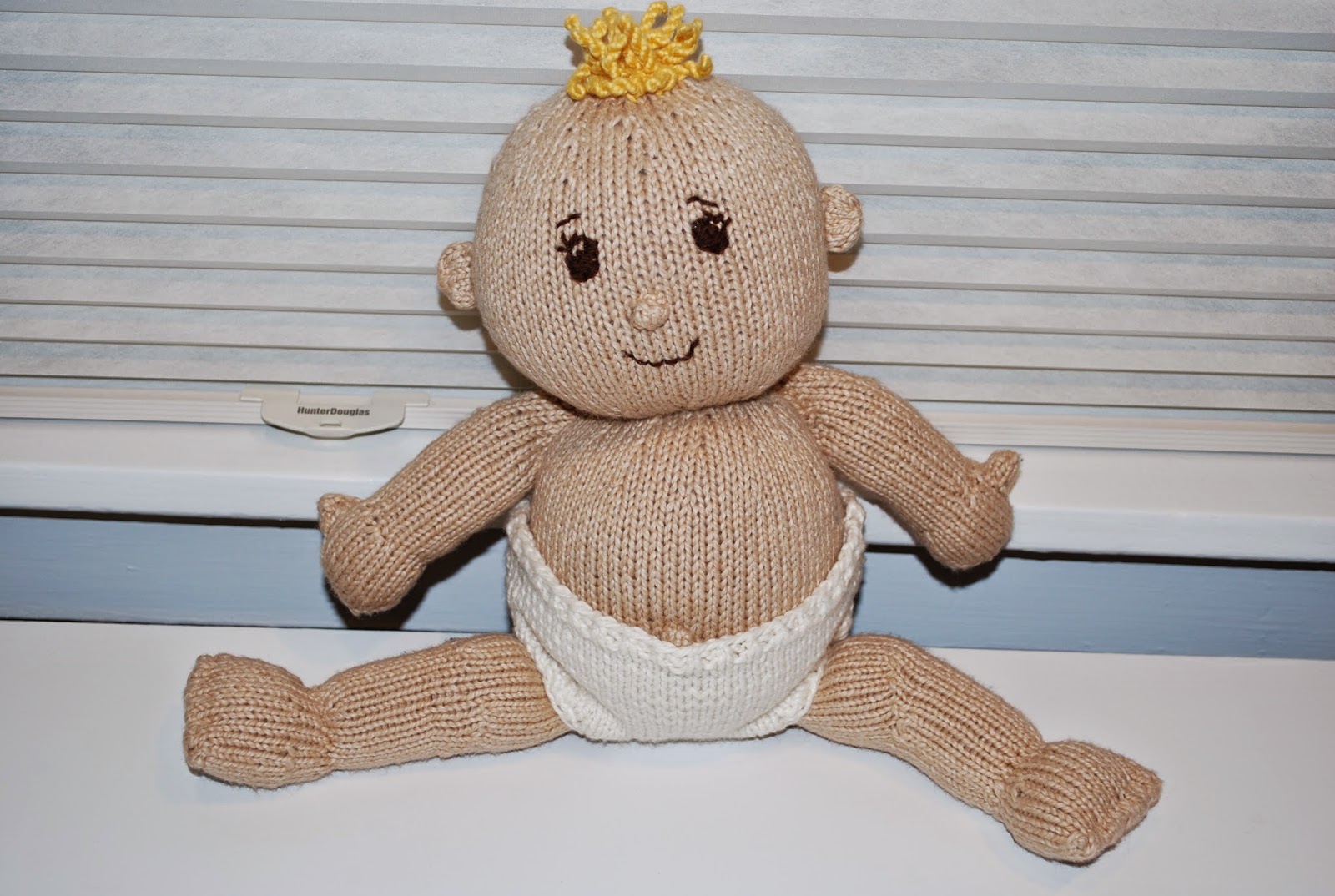 Now, aside from the yarn, I will tell you what I did not love so much about this pattern: Every little piece of this doll is knit separately and sewn together. And when I say every piece, I mean every piece. The feet and legs are made separately and then attached to each other. The thumb are knit separately from the hands and then sewn on. What may be the most ridiculous things are the little nose and the belly button -- but that's pretty darn cute. 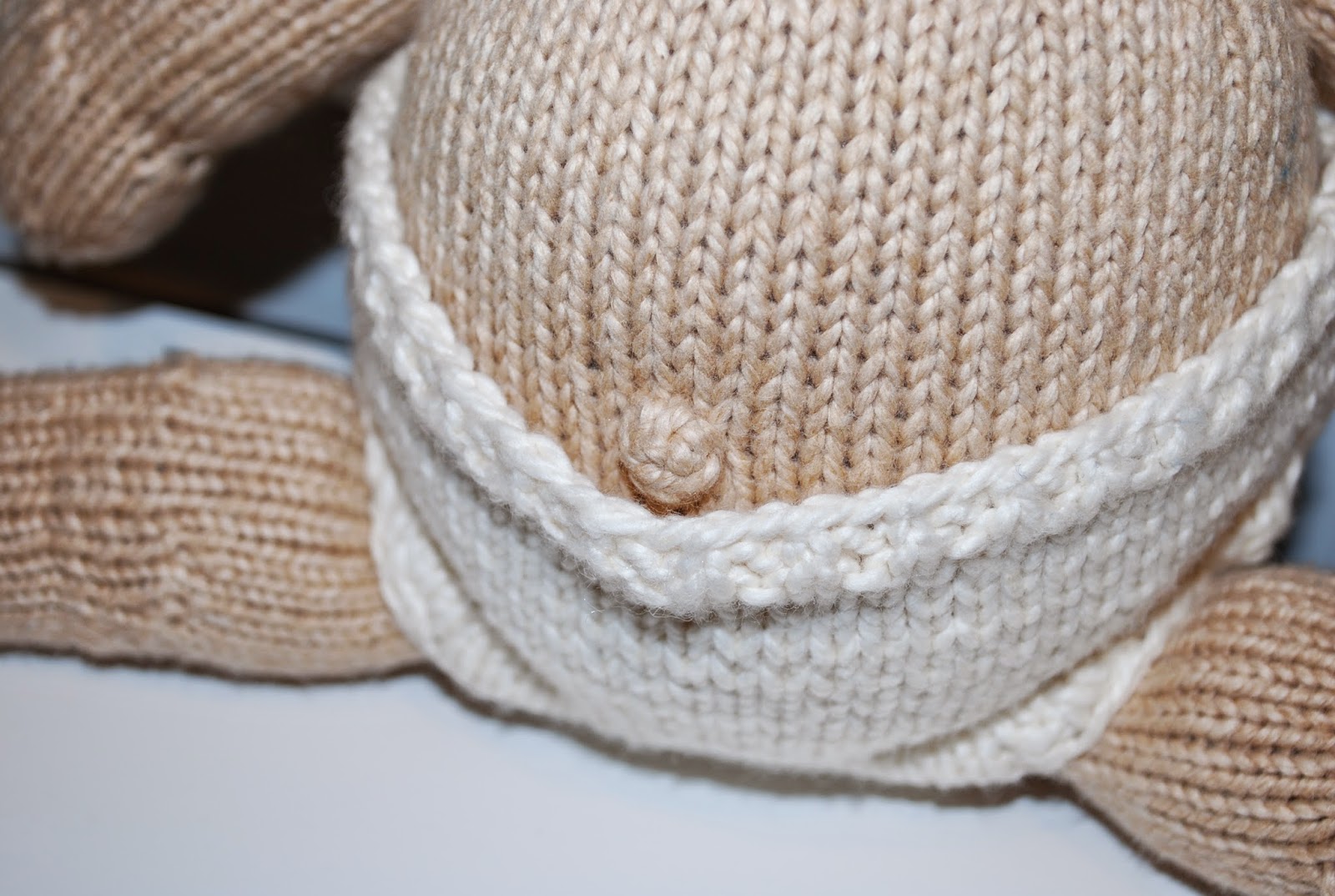 I'm also not entirely sure I sewed everything how and where I was supposed to. There are descriptions some pictures in the book, but there's no really clear diagram of what goes where, so I had to do a lot of guesswork. I won't deny that Susan B. Anderson is a really clever designer and has a real knack for adorable toys, but perhaps they just aren't for me.

So, the final verdict: Would I knit it again? Probably not. I think I would rather do something that's all in one piece or just a few. Was it worth it? You tell me: 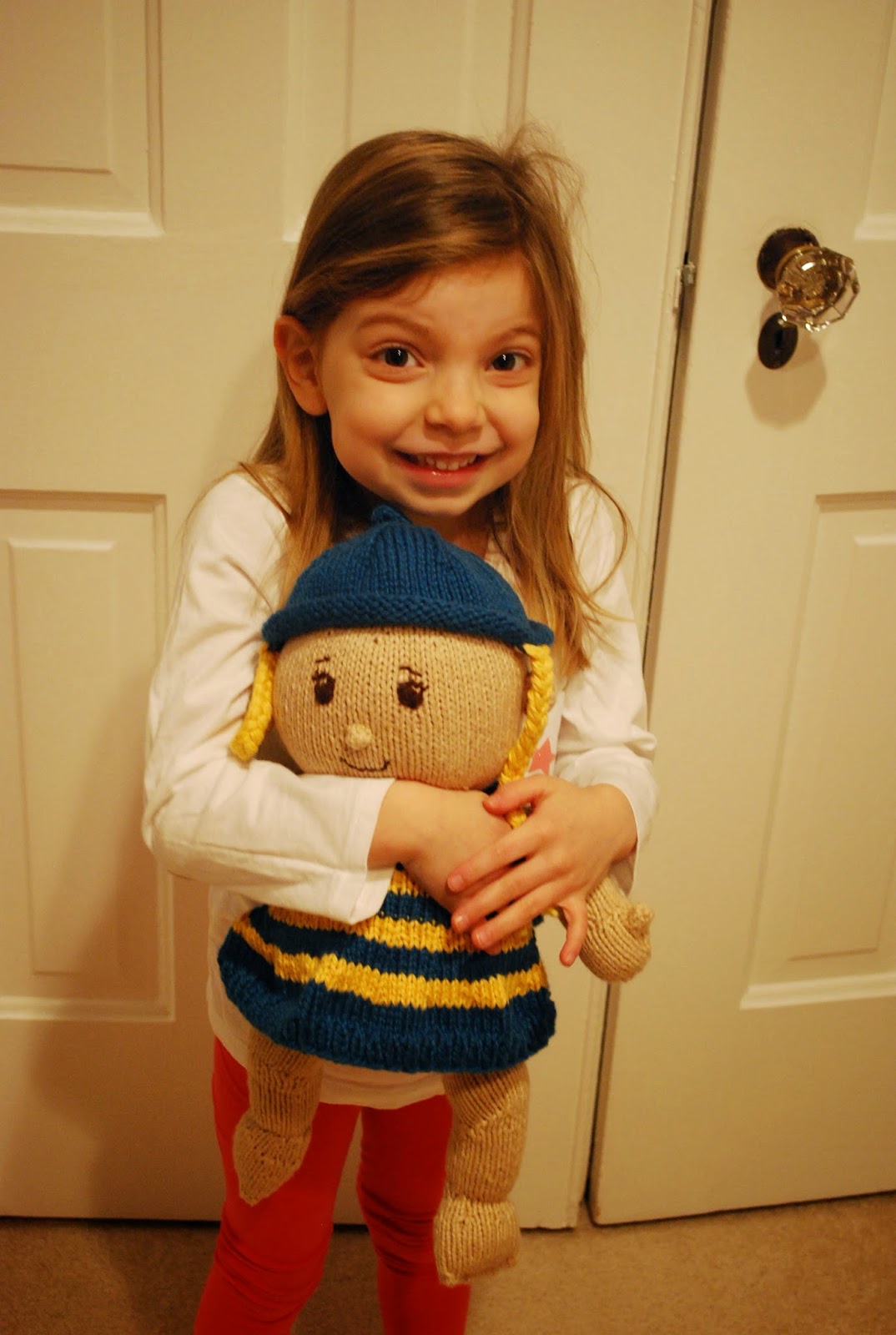