There's something about BFL: No matter how fine I spin it, I can never seem to get very good yardage. I suppose it's just a denser fiber compared to, say, merino. In any case, it seems that in my latest spin, I was once again cursed with low yardage. 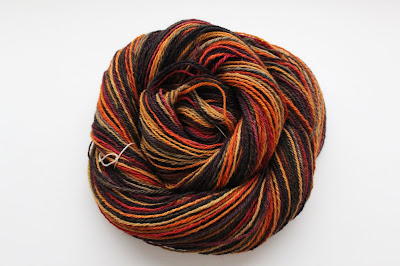 This was my April 2018 club shipment from Southern Cross Fibre, a 70% BFL/30% Tussah silk blend in a colorway called Windrose. I decided to spin it end to end and chain ply, but to get a bit more color in the length of the skein, I split the fiber in half lengthwise before spinning. I had hoped that the silk content would aid in my attempt to spin finer singles, and they certainly looked very fine as I was spinning them, but the yarn puffed up a bit in finishing. 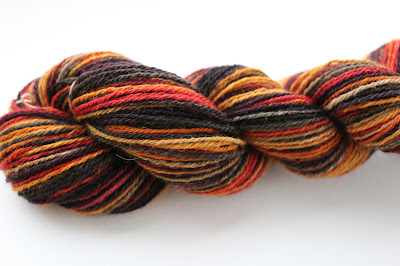 Meanwhile, I thought I'd do something completely different for my next spin, so I grabbed a batt that I won as a KAL prize not too long ago: 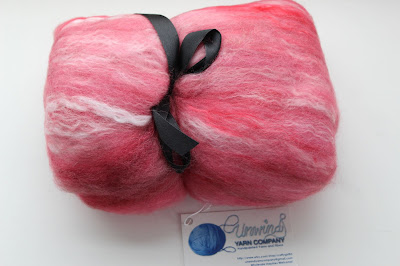 This has a blend of merino, BFL, swirl BFL, Corriedale, milk protein, and nylon. I figured I'd spin it woolen to take advantage of the prep and spin it up quickly, so I opened up the batt, split it into four strips, and then fluffed up each strip before spinning it. It went incredibly quickly -- so fast that I started yesterday afternoon and already finished all the singles. 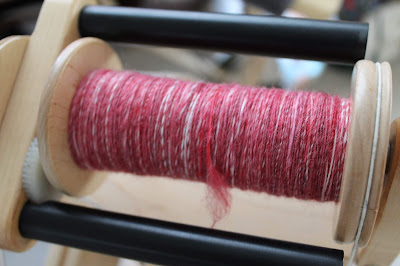 I know the photo is a little blurry, but the singles are also rather soft and fuzzy -- that's the nature of woolen-spun yarn. I spun this mostly supported long draw; the spots where I got a big bunch of the white shiny stuff (I'm not sure whether that's the milk protein or the nylon) required a bit of short forward draw to get them to draft. I'm planning on letting these singles rest on the bobbin overnight. Tomorrow I'll wind them off with my ball winder and then ply from both ends.

Meanwhile, though it's still several weeks away, I am getting ready for the annual spin-fest that is the Tour de Fleece. My order from HipStrings arrived on Friday: 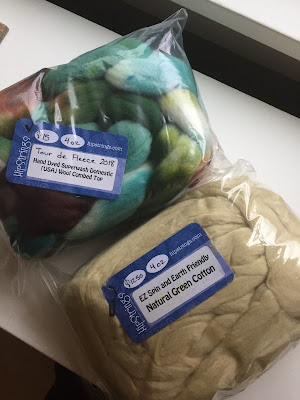 I know this isn't the best photo; it was snapped not long before sundown (and I didn't want to pull the fiber out of the bag until I was ready to spin it). On the top is the HipStrings Tour de Fleece colorway on superwash domestic wool top. On the bottom is what I will likely try to spin on challenge day -- more cotton! This is Jill's EZ Spin cotton, which is supposedly great for beginners. I figure that with more progress, it has to get easier!
Posted by Sarah at 4:43 PM