It was a productive weekend in terms of finishing things and racking up the meters for Stash Dash, but as I predicted, it's going to come down to the wire.

First, the finished object: I finally finished the hat that has been on the needles for way too long. 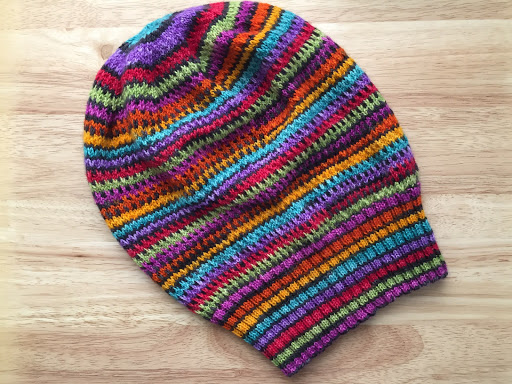 The crown ended up taking a lot longer than I thought it would (which makes sense given how many stitches I had on the needles!), but I did finish it and get it blocked. I have the pattern roughly written out using my very scientific method of notes on slips of paper, so now it's a matter of getting it typed and into a layout so I can send it to my tech editor. I used a little more than three quarters of my skein of yarn, 281.6 m toward my total.

And though it's not Sunday, I'll share the finished photos of the skein you saw pre-wash on Sunday. It poofed up perfectly! 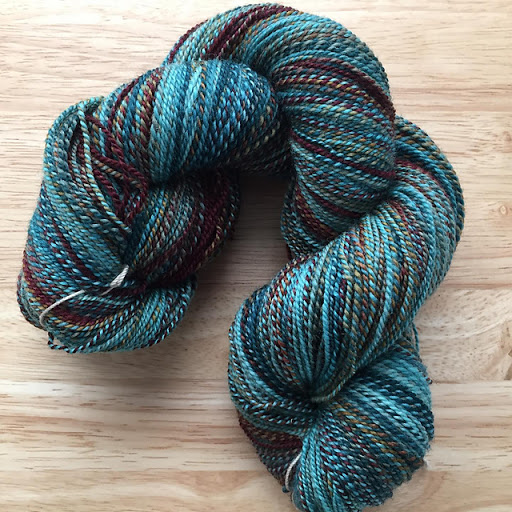 At the moment, my Stash Dash total is 14,868 m. I am so close to 15K -- just 132 meters left to go! Unfortunately, my WIPs are all are the large side, and I thought it unlikely that I'd finish one by Friday. So what to do? Start another spinning project, of course! 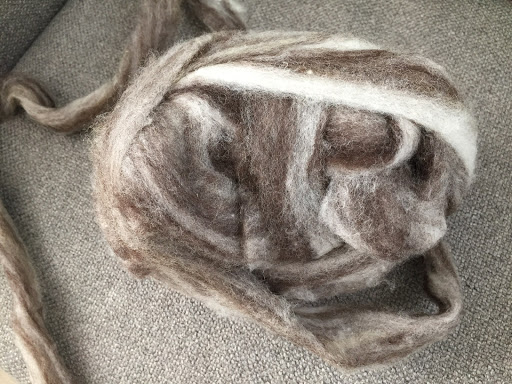 This is some natural Finnsheep roving that I bought at Maryland Sheep and Wool in 2016(!), when it was the featured breed and there was a special tent for Finnsheep breeders. The fiber, which apparently came from a sheep named Stormy from a farm in the middle of Pennsylvania, is very minimally processed -- there's lots of VM to pick out and a good amount of lanolin softening my hands as I spin. I'm spinning the roving from beginning to end and plan to ply from both ends. I'm sure that I'll end up with more than enough meters in the end to get me over the 15K mark, but this particular spin is doing double duty of getting me to spin something that's been in my mental queue for far too long.

I'm not making myself crazy with the spinning and still doing some knitting, and I've turned my attention back to my Torbellino sweater. I'm still on the body and have a little more than 6 inches left to knit before the next section where I have to pay attention (the short rows that make the back of the sweater a little longer than the front). 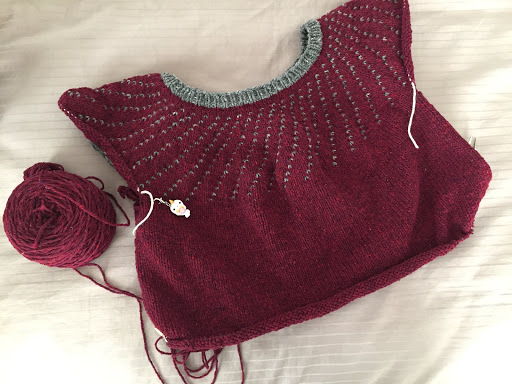 If you look closely, you'll see that I'm almost at the end of my first skein of my main color, and that's one way I've been able to see that I'm making progress -- it seems like the body of this sweater should be going a lot faster than it has! I am starting to see some signs outside that fall is not that far away, so I'm hopeful that that's enough motivation to get me to really focus on this project. I am very much looking forward to weather that's cool enough to require a sweater!