It's Wednesday, so today I'm joining with Kat and friends to share my WIPs and my reading.
Here is the current WIP situation: 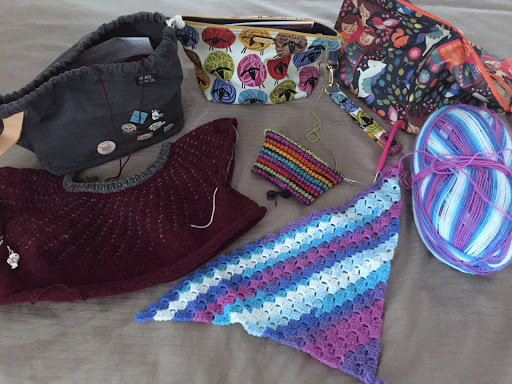 When I said last week that I was back to three WIPs after finishing Rainbow's blanket, what I should have said was that I was back to three active WIPs. Technically I have four projects in progress, but my Breathe and Hope shawl is still in hibernation for the time being. I've been thinking about getting it out to finish it for Stash Dash, but I haven't acted on that just yet. Left to right here are my Torbellino sweater, which now has about four inches of body knit under the arms; the hat I'm knitting to match my Slipdash cowl; and the corner-to-corner crochet blanket out of the giant skein of acrylic I inherited from Rainbow. I've been alternating the first two for the past several days, and both are good projects to work on while reading.
Which leads me to my reading update! My pace has hardly slowed, and I'm hoping to keep it up to complete a cover-all on my second bingo card: 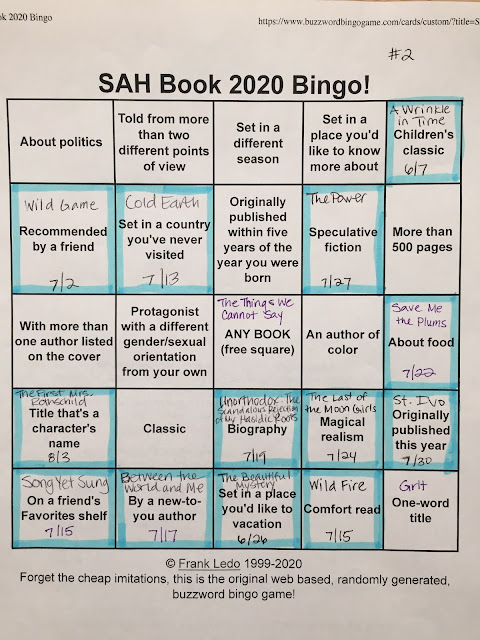 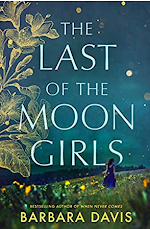 The Last of the Moon Girls was an Amazon First Reads selection from this summer, and I picked it mainly because it seemed like a good summer read -- not too deep, not too heavy. It was a fairly pleasant read, a combination of magical realism and murder mystery, but it also felt pretty derivative of other books I've read and was rather predictable. I saw where the story line was going early on and also more or less figured out the mystery by about halfway through the book. The writing was okay, though the author has a tendency to use certain words over and over again (one I can remember is "pong," as in odor), which is a bit of a pet peeve of mine -- ever heard of a thesaurus? I ended up giving it 2 stars. It was a quick read but not necessarily one I'd recommend. I put it in the "Magical Realism" square on my second bingo card. 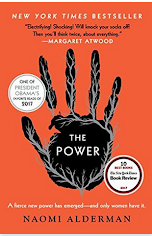 The Power is a book that was on my radar a few years ago when it came out, but I never got around to reading it. I was happy to see it had no wait from the library when I was looking for something to fill my "Speculative Fiction" square. I found it to be an interesting read in that Alderman completely flips the script and creates a world in which women not only have the power in society but typical gender characteristics are also reversed -- in this world, men are considered the gentler, more nurturing sex. While I appreciated this unusual perspective, I found it very unsettling. I also felt like I was missing something, like there was part of the story I wasn't getting but that I was meant to have understood implicitly. I gave it 2 stars. 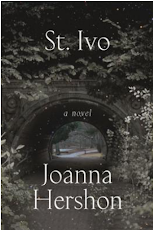 I received St. Ivo as a hand-me-down from my mother. It went in my "Originally Published This Year" square. I'm a bit conflicted about it, because it was well written and fairly enjoyable to read, but at the same time it didn't feel like a complete book to me. The author's note at the end reveals that it was developed from a short story, and to be honest, I think it still is one. The story feels unresolved, even though the secrets at the heart of it are revealed by the end. I gave it 3 stars. 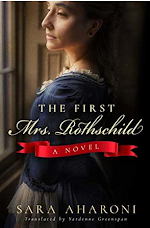 Finally, I read The First Mrs. Rothschild, a fictionalized first-person narrative (in the form of a diary) of the wife of Meir Rothschild, the founder of the famous banking family. This was another First Reads selection and went into the "Title That's a Character's Name" square on my card. The first 100 or so pages were okay, but after that it became a slog. The real Mrs. Rothschild lived a long life, and so her "diary" went on for a long time and became very repetitive. It didn't feel realistic to me, in part because of the language used, though I don't know if the author or the translator is to blame for that. I was determined to finish so I could fill that square on my card, though. I gave it two stars.
At the moment, I'm reading two books: The Things We Cannnot Say, which I should be able to finish up today (I have less than 100 pages to go and it's a fast read), and Grit, which I started listening to yesterday on my run. After these two, I'll only have 10 more squares to fill on my second bingo card to get another cover-all!
*The opposite of unraveling is raveling, right?
Posted by Sarah at 9:34 AM