Last night, I finished the stripey socks. By the time I sat down with them after dinner, all that was left was to do the toe, which I started right away. It was only when I was nearly done with the toe that I realized I'd made a pretty big error. You see, the way the pattern works on the instep of these socks, you actually have four more stitches on the instep than on the sole. I have written an instruction in the pattern to readjust the stitches (so that the same number are on the instep and sole) after completing the instep stuff, but in my excitement over being nearly done, I completely forgot to do it. It wasn't until I had decreased a bunch that I realized that my toe was looking a little shallow. Then I counted how many stitches were left: 18 on the instep and 14 on the sole. Whoops. So I pulled the whole thing off the needles, ripped back, and knit the toe again, this time correctly. It wasn't that big a deal, but it did waste some knitting time. More than anything, I was annoyed with myself for not remembering an important part of my own pattern. The important thing, though, is that the socks are done. I'll block them tonight and hope to finish up the rest of the pattern pieces this weekend so I can send the pattern off to the tech editor.

In any case, once the toe was Kitchenered and the ends were woven in, I pulled out the yarn for the next pair of socks. I'm using my handspun for the main part of the sock, but to make sure I have enough, I'm using some old stash yarn (specifically, some now-discontinued Knit Picks Essential Kettle Dyed in a mostly black colorway) for the cuffs, heels, and toes. 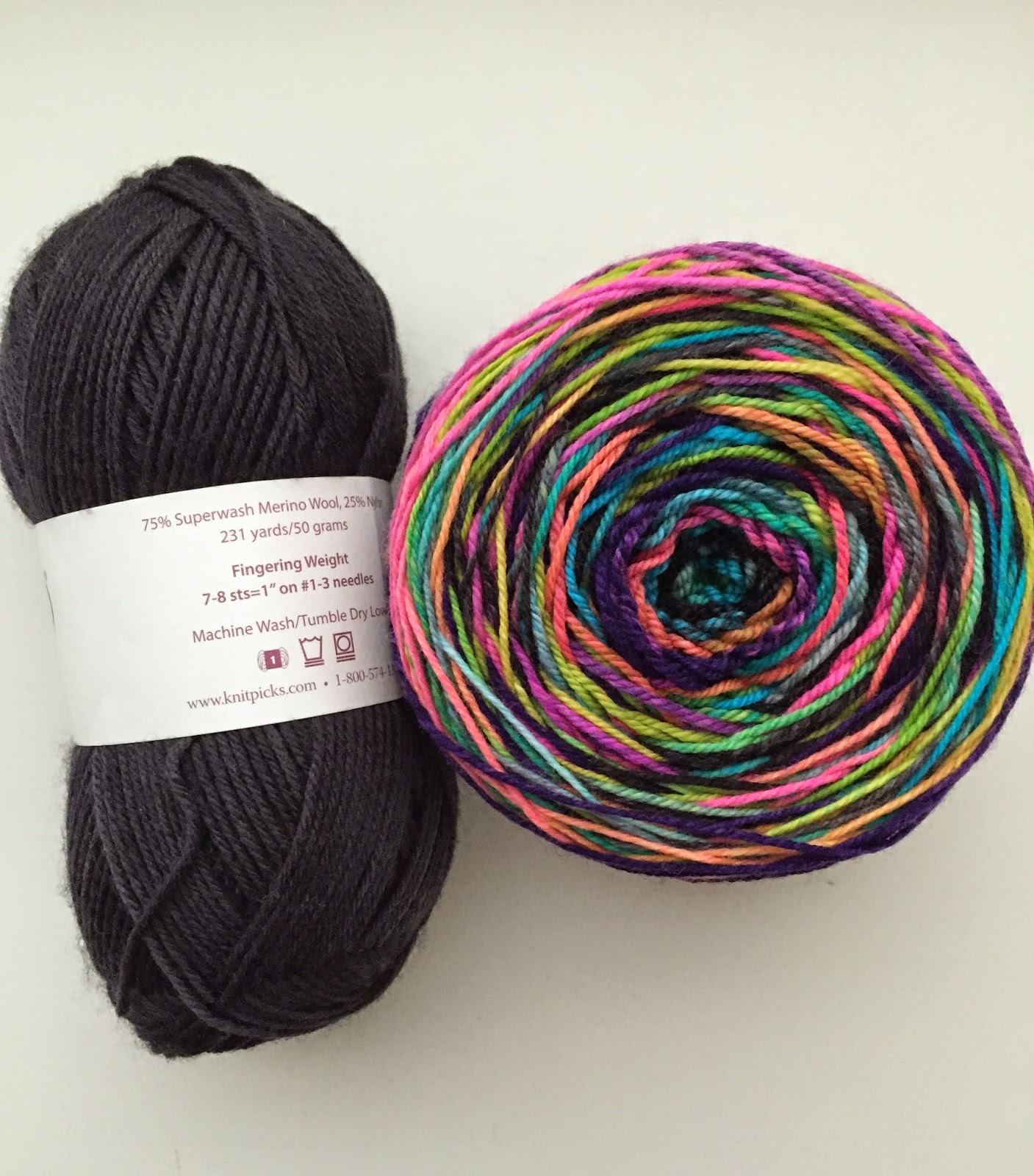 I am once again using my US 0/2.0 mm needles for a really dense fabric that will, I hope, be more durable. This means upping my usual stitch count of 64 to 70, so I'm doing a 3x2 rib for the cuff. The rest will be stockinette. I had hoped that the handspun would stripe, but in winding it I noticed that the colors changed pretty quickly, so any striping that happens will be very narrow -- so these socks will either be awesome or look like neon clown barf. I think the next time I want to spin a striping yarn, I won't split the fiber so thin.
Posted by SJ at 8:48 AM