On and On It Goes

The problem with being a spinner of fine yarns is that they can take a really long time to finish. I finished spinning the singles of my Southern Cross Fibre Bond/silk maybe a week and a half ago, but I waited to ply them for a bit, both to give them time to rest and to take a break and spin up my Noble Dragon singles. Those singles, incidentally, were finished on Friday night. 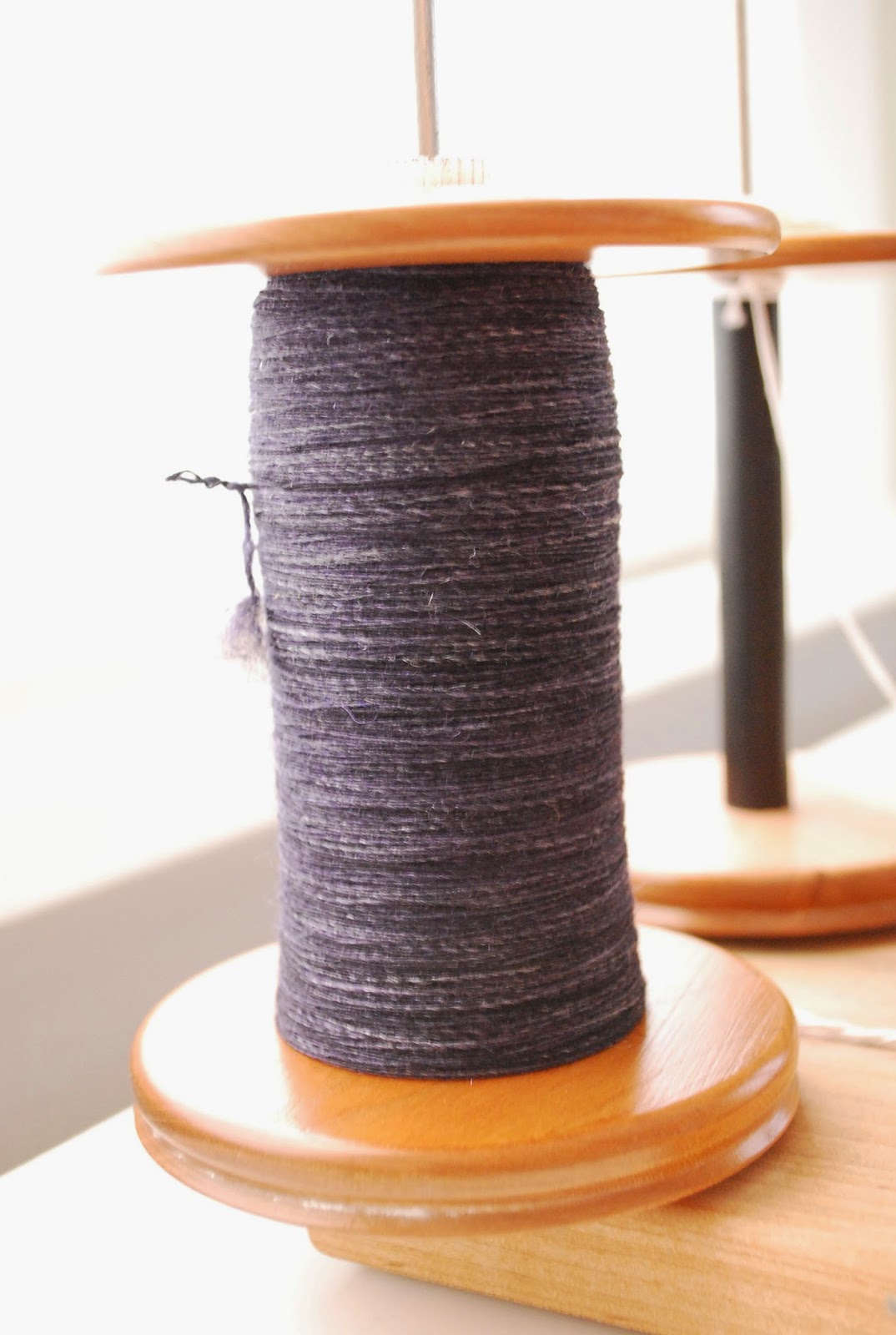 These might not look all that exciting, but that's probably because I spun the braid from end to end and both ends were a dark black-ish purple. The beautiful sparkly golden color is somewhere in the middle of this bobbin. Eventually, I will chain ply these singles.

I can't be sure of when exactly I will ply the Noble Dragon because I feel like I am going to be plying my Lady Grey (the Bond/silk) forever. For. Ev. Er. This is the real problem with laceweight. 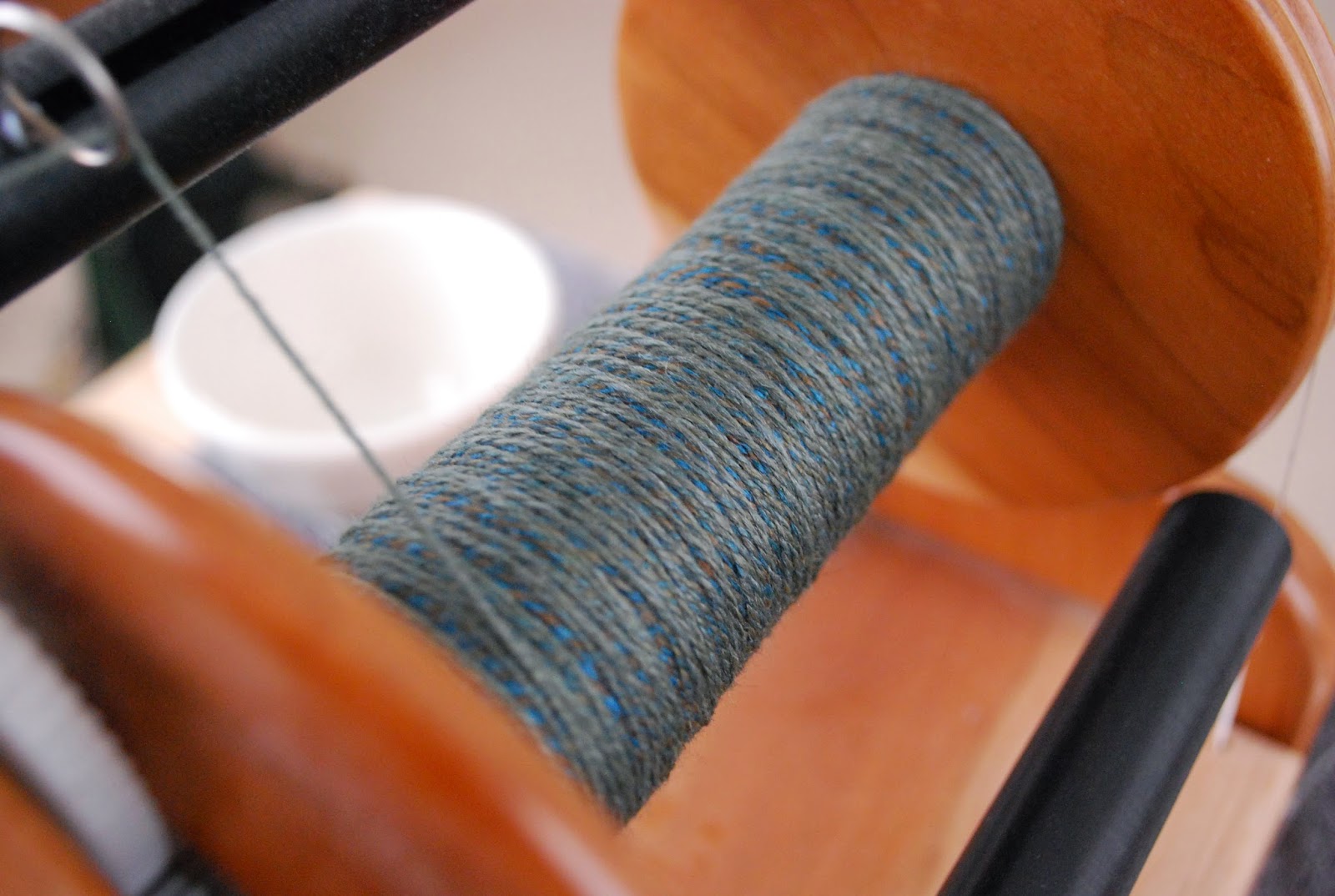 I've spend probably between three and four hours so far on this yarn, and I think I've only plied about half of it so far -- even with the electric spinner with a WooLee Winder on it so that it's practically automatic.

I am anxious to finish up both yarns because more fiber arrived in the past couple of weeks. You saw my most recent Fat Cat Knits club shipment a couple of weeks ago, but what I'm not sure I mentioned is that I ended up getting a double shipment because I bought a destash off someone else in the club so that I could spin one batch for me and one for Rainbow.

Then, earlier this week, my March SCF shipment arrived -- much faster this time around thanks to David's getting some sort of expedited international shipping thing! 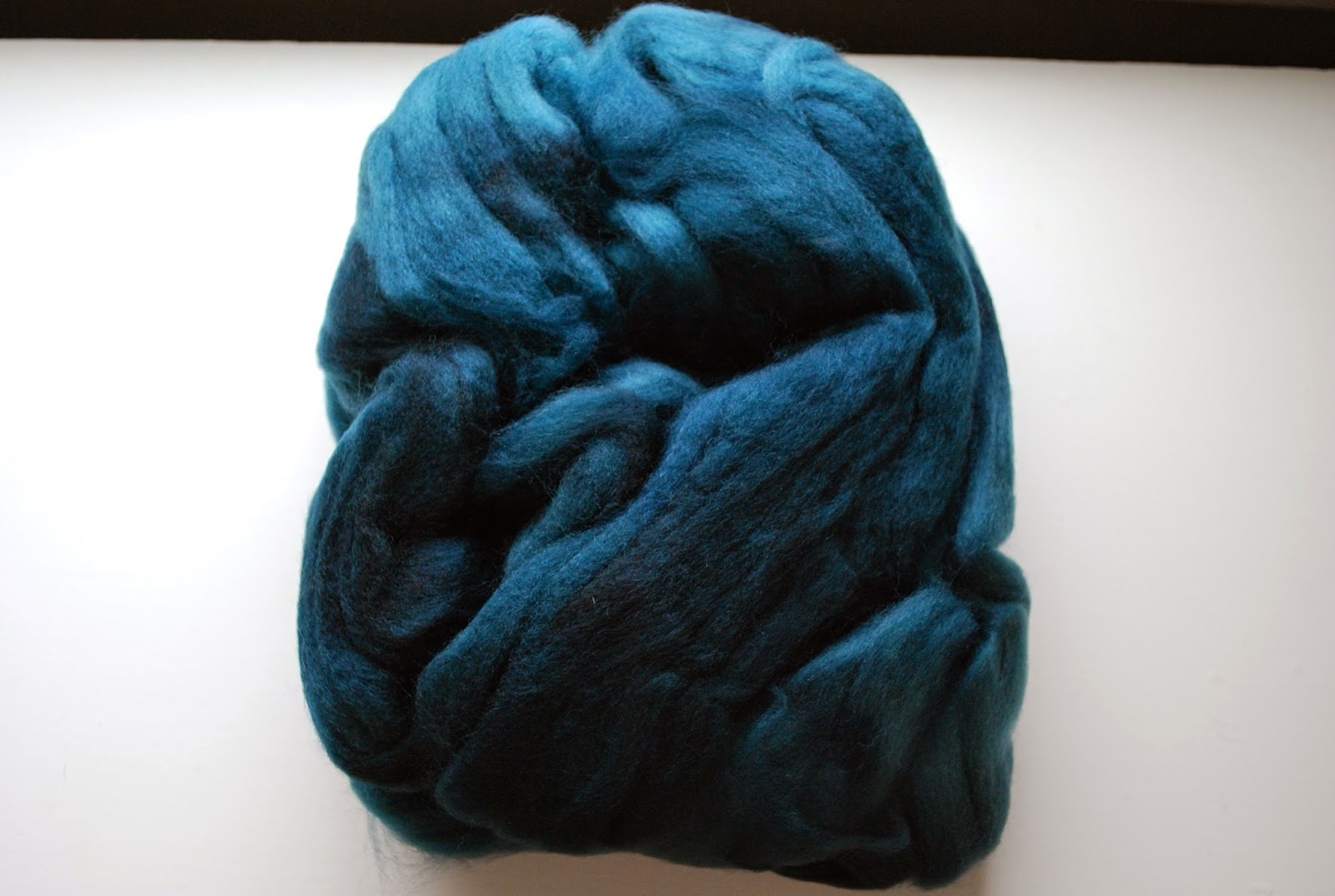 The fiber this time around is superwash merino, and I got the colorway called Dom Pedro. Both colorway choices were a semisolid for this month, and I'm very happy with this deep teal-y blue. I'm thinking a traditional two or three ply for this fiber.
Posted by SJ at 5:14 PM