A little over a week ago I started spinning the first braid in my most recent Fat Cat Knits club shipment. I decided to start with the batch for Rainbow and chose the brighter colorway of the two. Ginny named this one Hungry Horace, and I have to say that the colors do remind me of a certain children's book. I thought it would be fun to spin it as a fractal so that the colors would mix a bit but not too much. I finished plying up the the yarn and skeined and washed it this afternoon, so it's still wet this evening, but here is a shot of it on the bobbin: 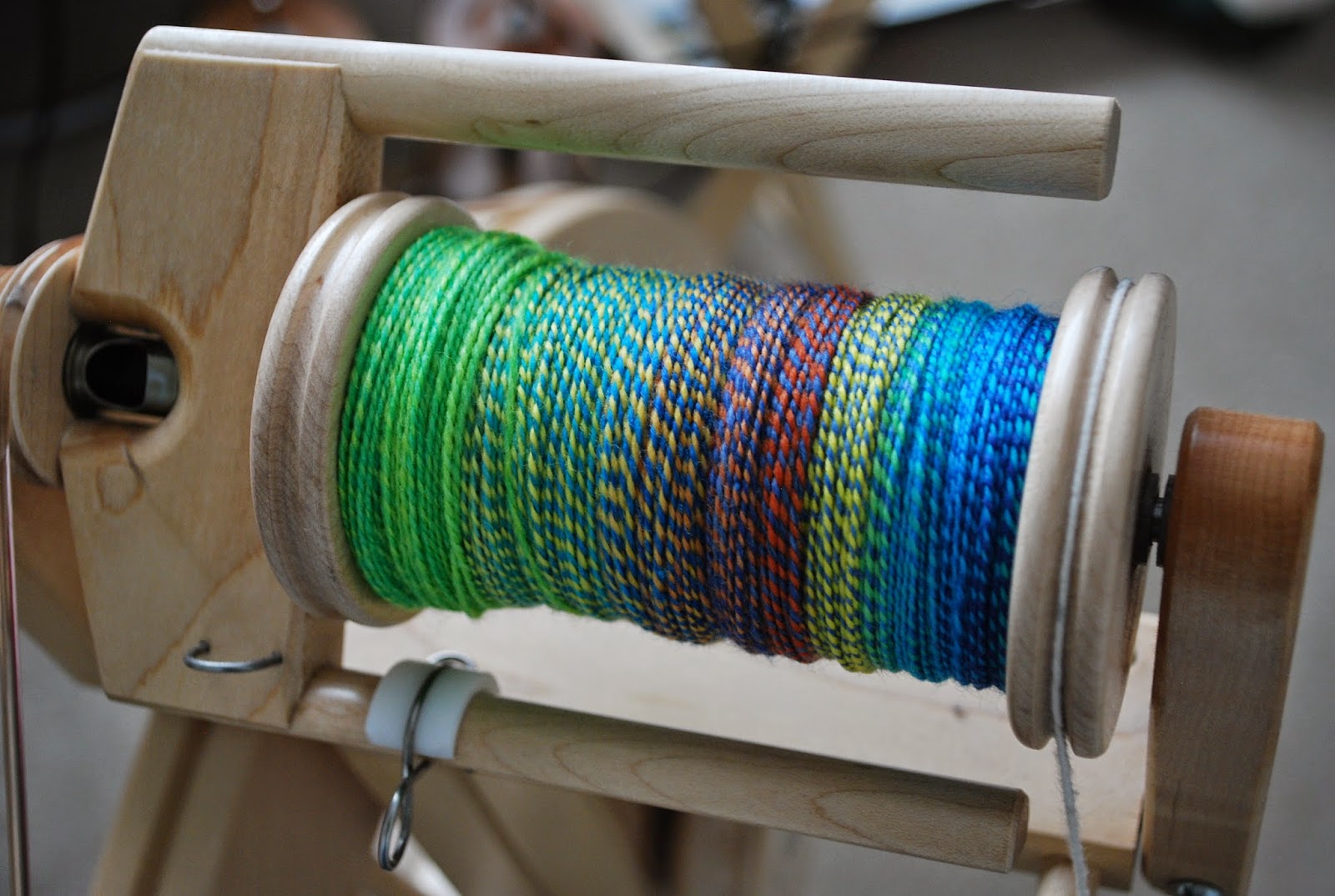 I also split up the other colorway (called Pepperspark -- it's meant to be the butterfly that the caterpillar turns into) for a two-ply fractal as well and I'll spin it to more or less match. I must admit that while the bright colors are beautiful, I'm really much more drawn to this colorway. 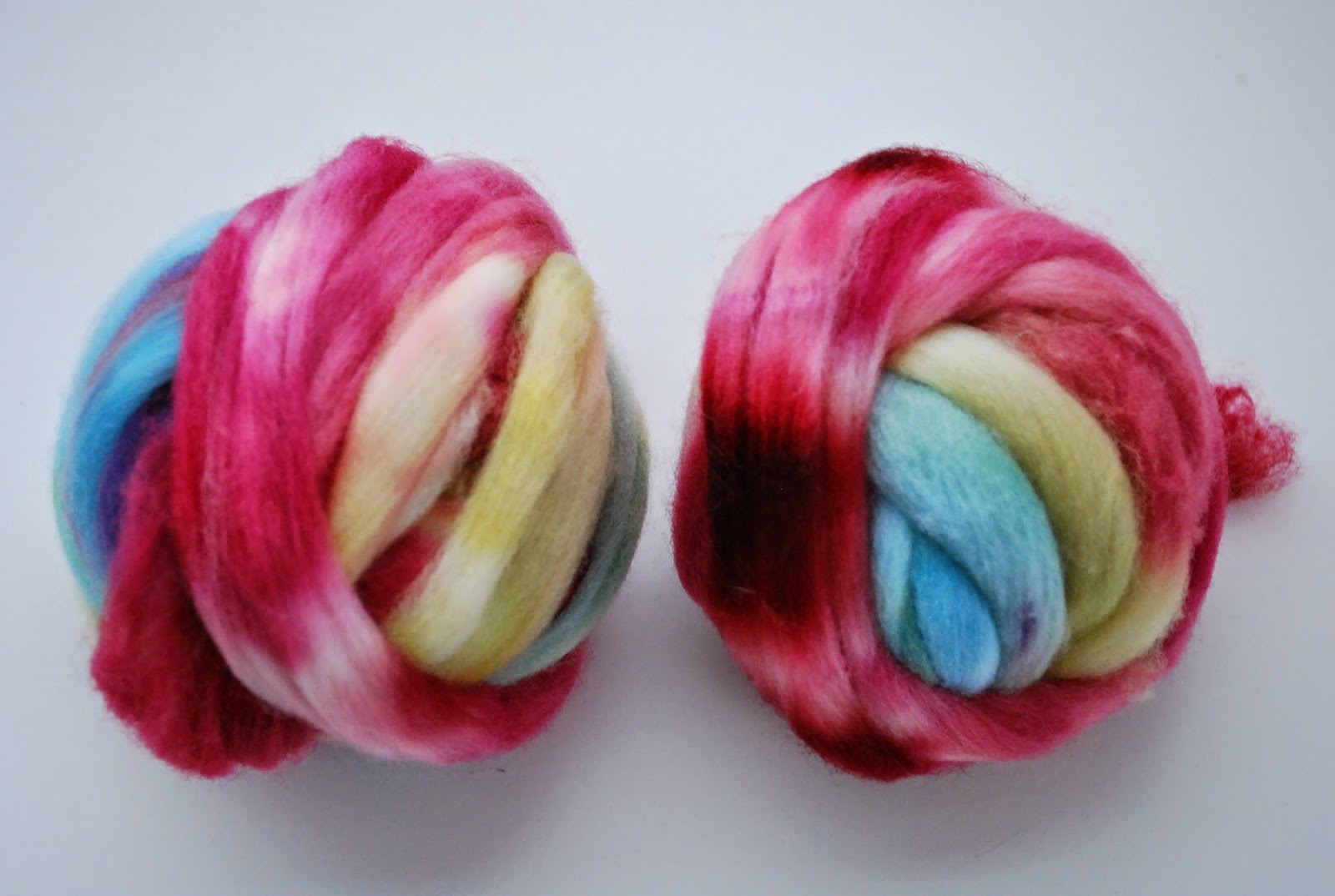 I still have another batch of this shipment left for me, and after thinking about several ways to spin it, I think I've decided to spin each braid end to end and chain ply. I don't know that I'll use the two colors together, but they might look really pretty with a black or dark gray in some colorwork.

Today I also came to the realization that I'm leaving for Maryland Sheep and Wool in only five days, and there's quite a bit of fiber that I bought last year that's still unspun. Given that I actually have to work this week instead of spending it at my wheel, I don't think it's possible to spin all of it, but I thought that the second half of the punis I bought from Gourmet Stash would be doable. I can always ply when I get back. I managed nearly four just this evening, so I think if I spin three or four every night, I should be in good shape. 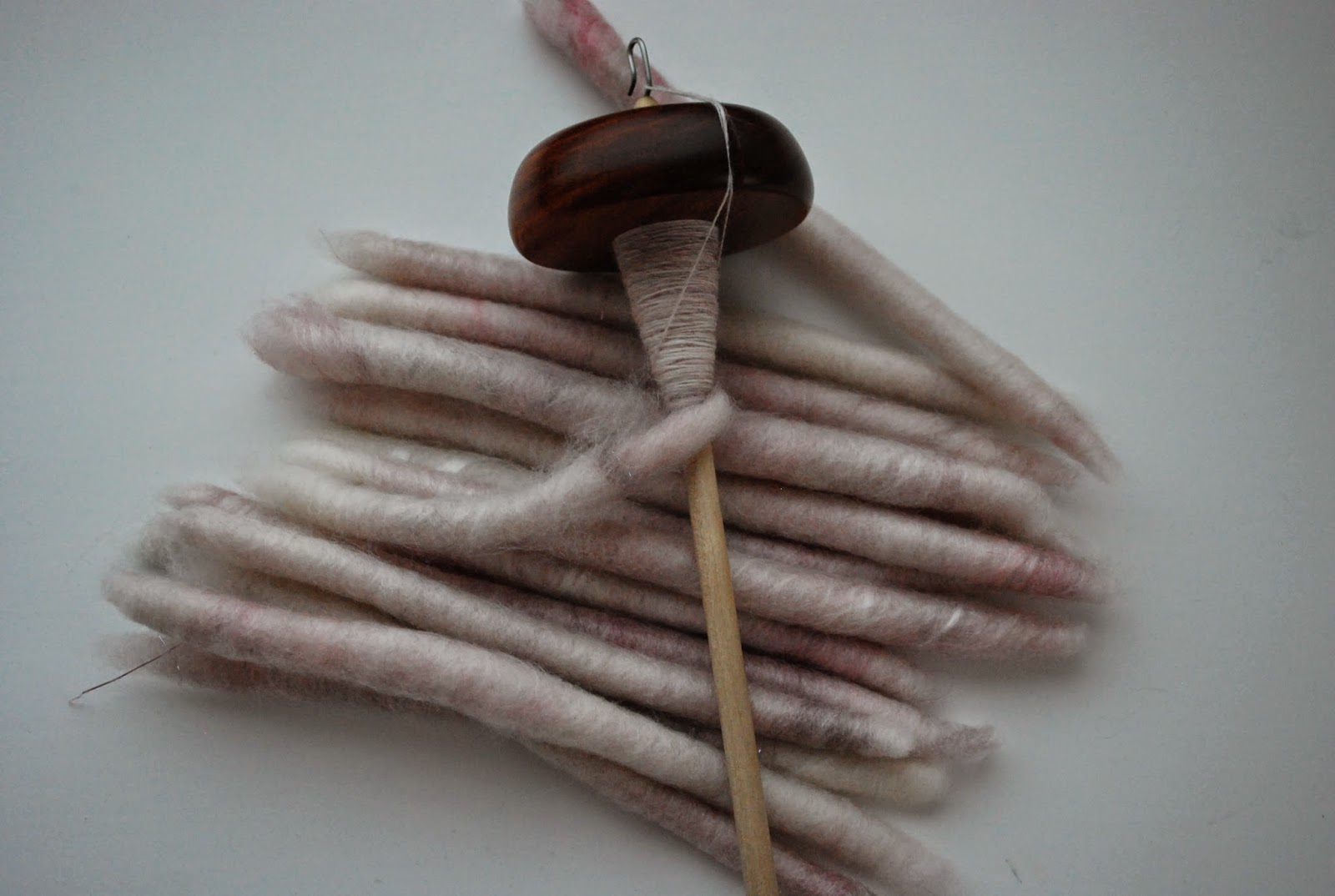 Finally, I have some new fiber to share that arrived earlier this week -- much faster that I was expecting. David of Southern Cross Fibre recently got some sort of special status with the mail that's enabled club packages to reach their overseas destinations much faster than before. That's why, almost miraculously, my April club shipment actually arrived in April: 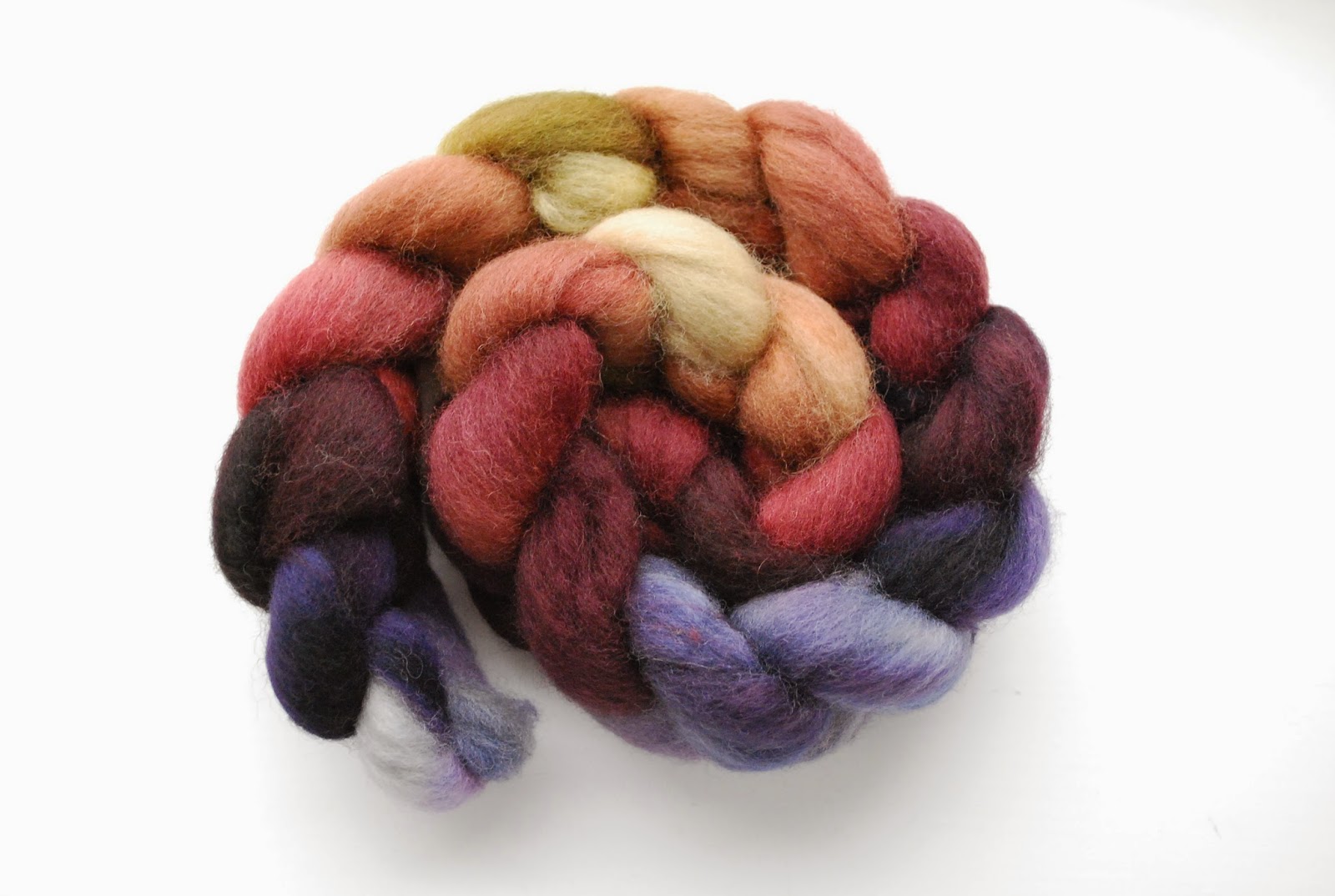 This month's fiber is Finn, a breed I've spun only once before, and the colorway I got is called Breeze. I'm pretty sure I'm going to spin this into sock yarn -- eventually. There are a lot of other things in the spinning queue, including my SCF March club fiber!
Posted by SJ at 7:26 PM