I have not one but two skeins of handspun finished today! I'm kind of surprised by how much plying I managed to do this weekend, and it's very satisfying to get these two skeins off the wheels. 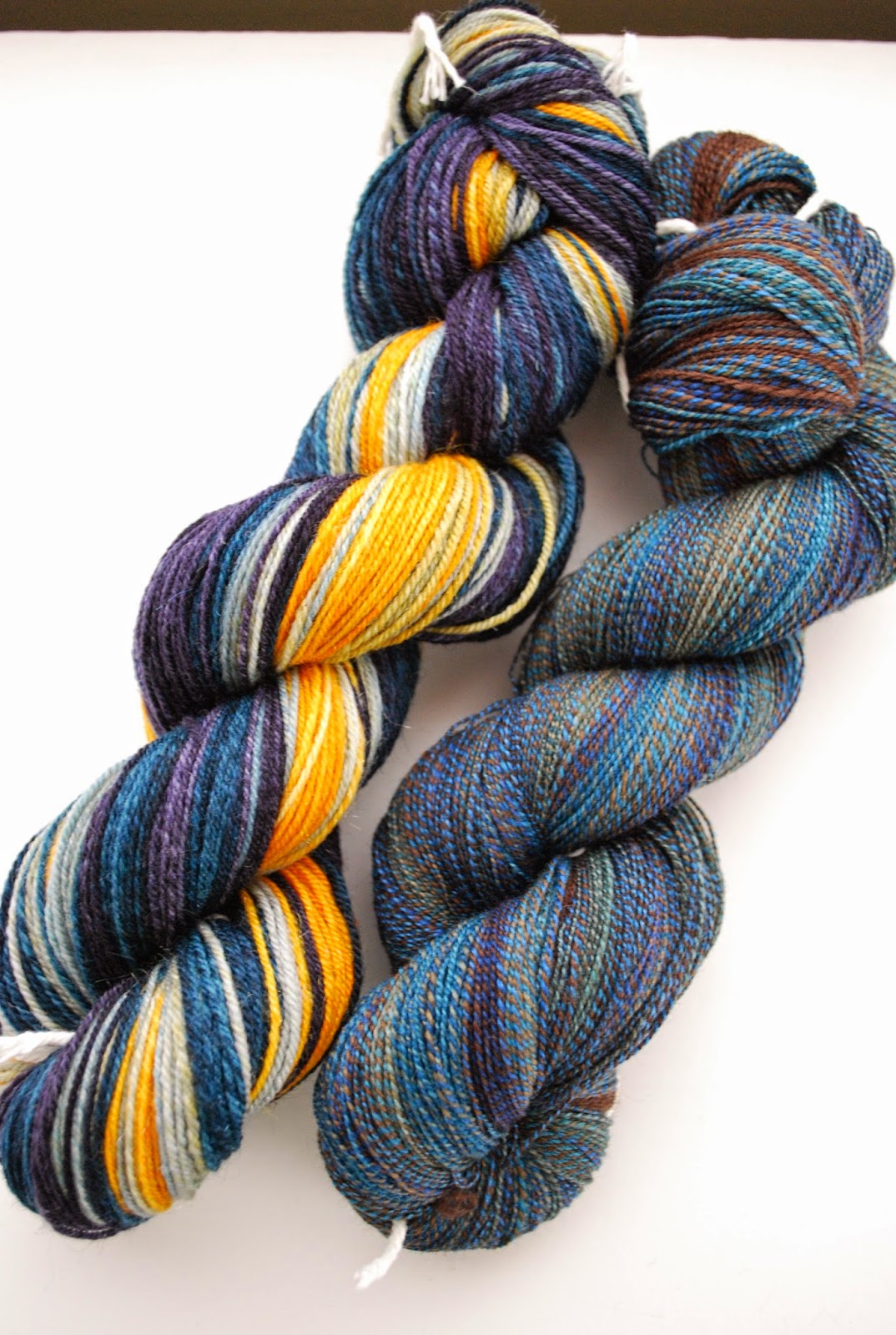 The first finished skein was my February shipment from the Southern Cross Fibre club. It's a blend of Bond wool and silk in a color called Lady Grey. I spun it into a two-ply laceweight and got approximately 692 yards from my 110 grams. It took a good four plying sessions, but I finished it relatively early Friday night. 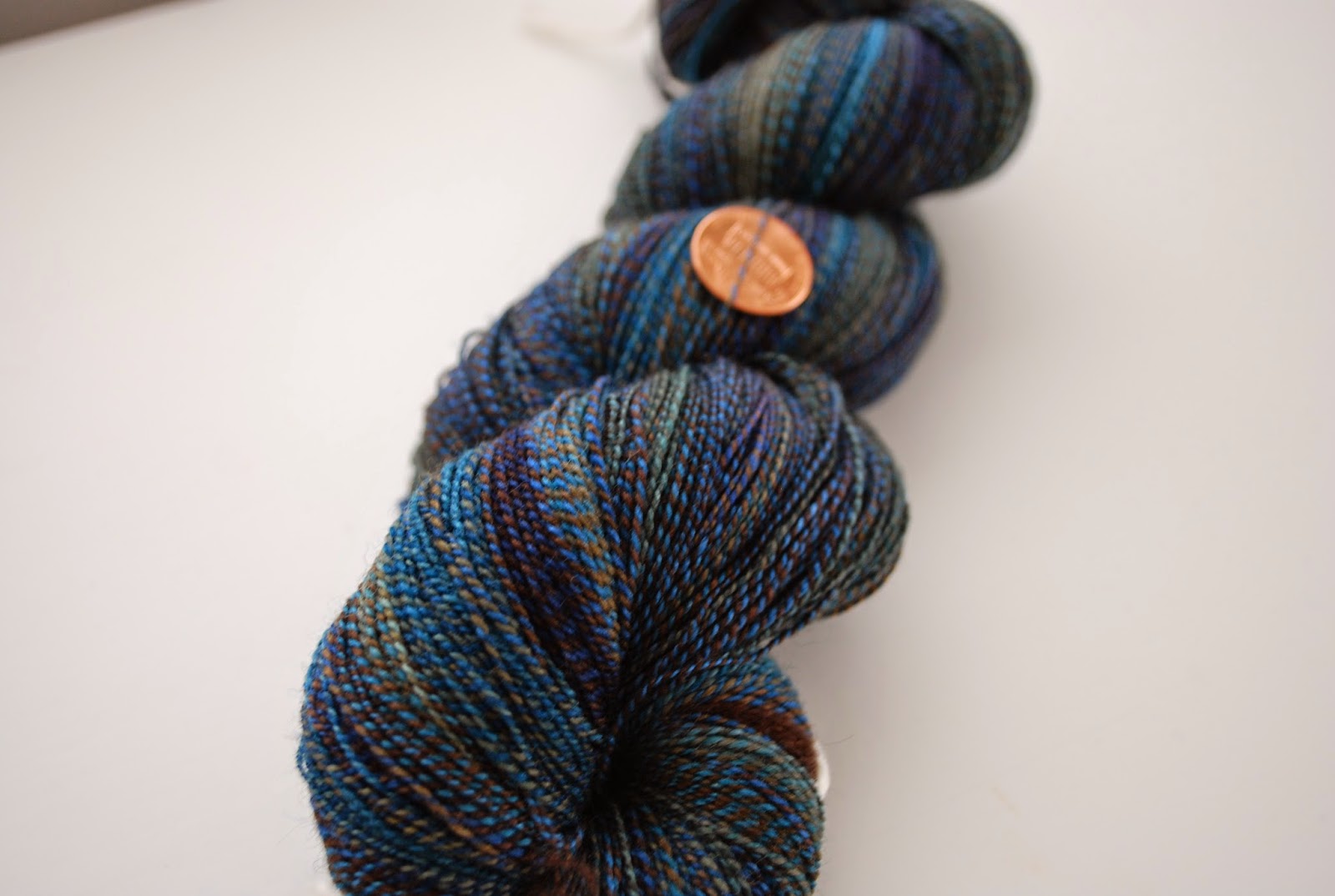 I left the yarn on the bobbin overnight before winding it off, but seeing as I had all that time after it was finished, I figured I might as well start chain plying the other singles that had been waiting. This is my Noble Dragon from Fat Cat Knits, a blend of superwash merino and nylon sparkle. I spun the braid from one end to the other and then chain plied to maintain the gorgeous colors. This colorway is part of the Mega Spinalong happening over on Ravelry. 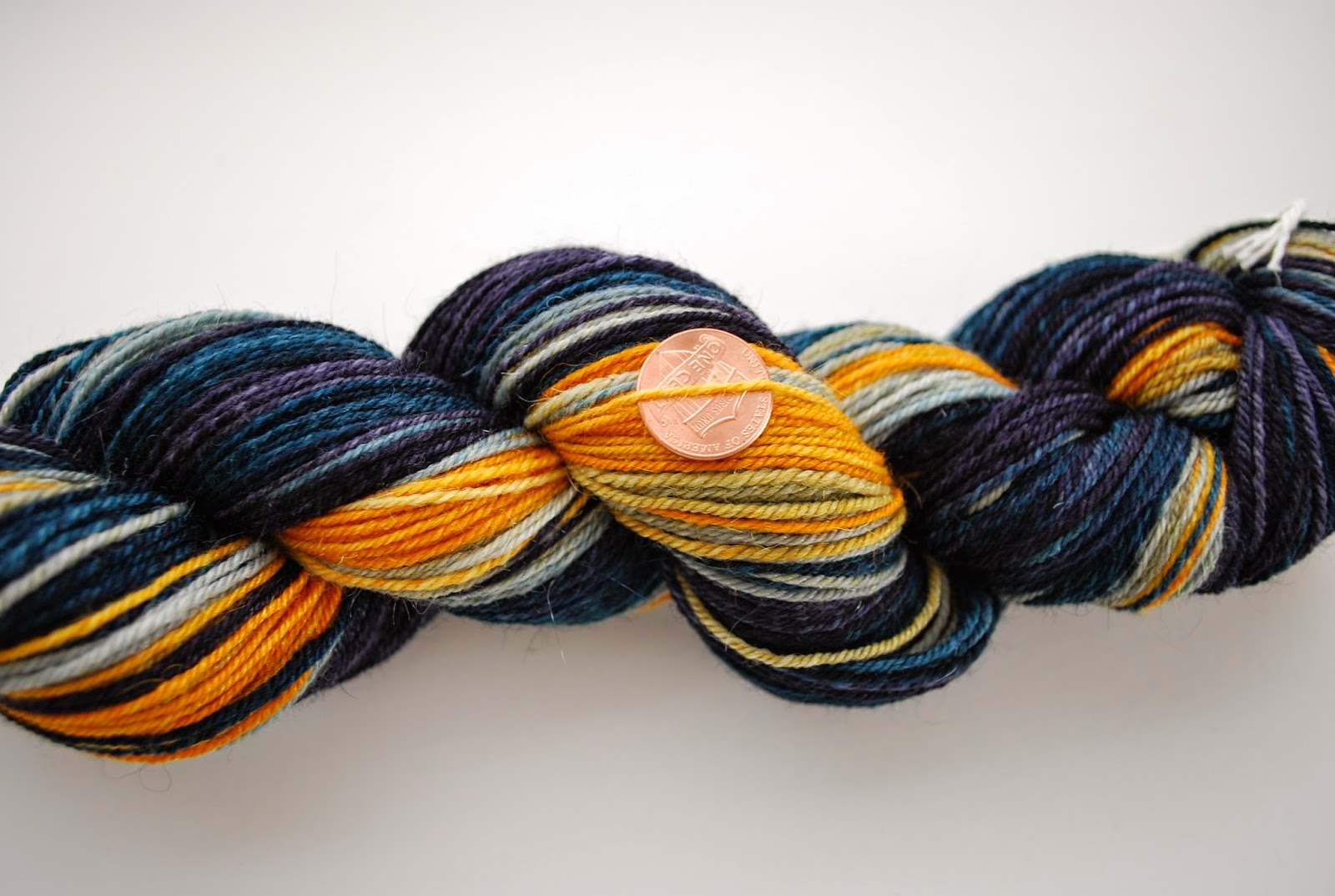 I was anxious to keep spinning, so yesterday I started the most recent Fat Cat Knits Mixed Blessings Club shipment. You may recall that I bought a second shipment from someone in a destash so that Rainbow and I could each have the yarn from one, so I started spinning hers. I decide to spin two skeins, one from each colorway, and I'm spinning them both as fractals. I began with the more brightly colored of the two, Hungry Horace, and split the top in half lengthwise. One half was then split in half again. Both plies will go through the same color sequence (one ply once, one ply twice); I started with the former. 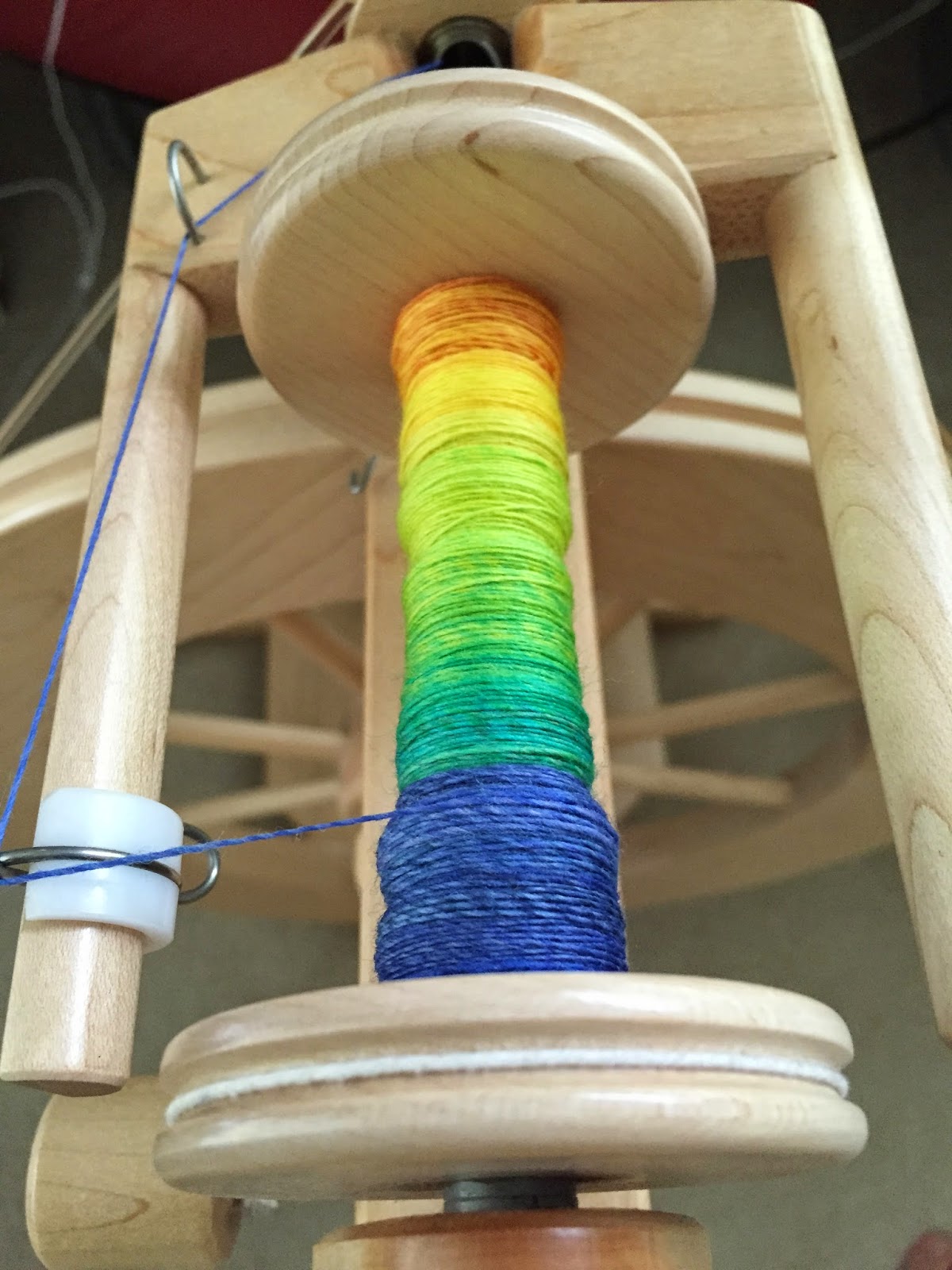 These skeins should be a rather quick spin. Each colorway is only 2.5 oz., so each bobbin will have only 1.25 oz. on it. Plus, I'm not spinning my usual fine singles (I'm hoping the finished two ply will be a sport to DK). The colors are just amazing, so it's a complete pleasure to spin this yarn. I will be happy to do it a second time when I can finally spin my portion of the fiber!
Posted by SJ at 7:44 PM