I have a really hard time keeping a secret, especially if it's good news. If it makes me really happy, I want to tell everyone I know and shout it from the rooftops. So the past six months or so have been tough, because I've been keeping a really big secret. As of last Friday, the secret is out and I can finally spill the beans: My first magazine pattern has been published in Interweave Knits Holiday Gifts 2013! 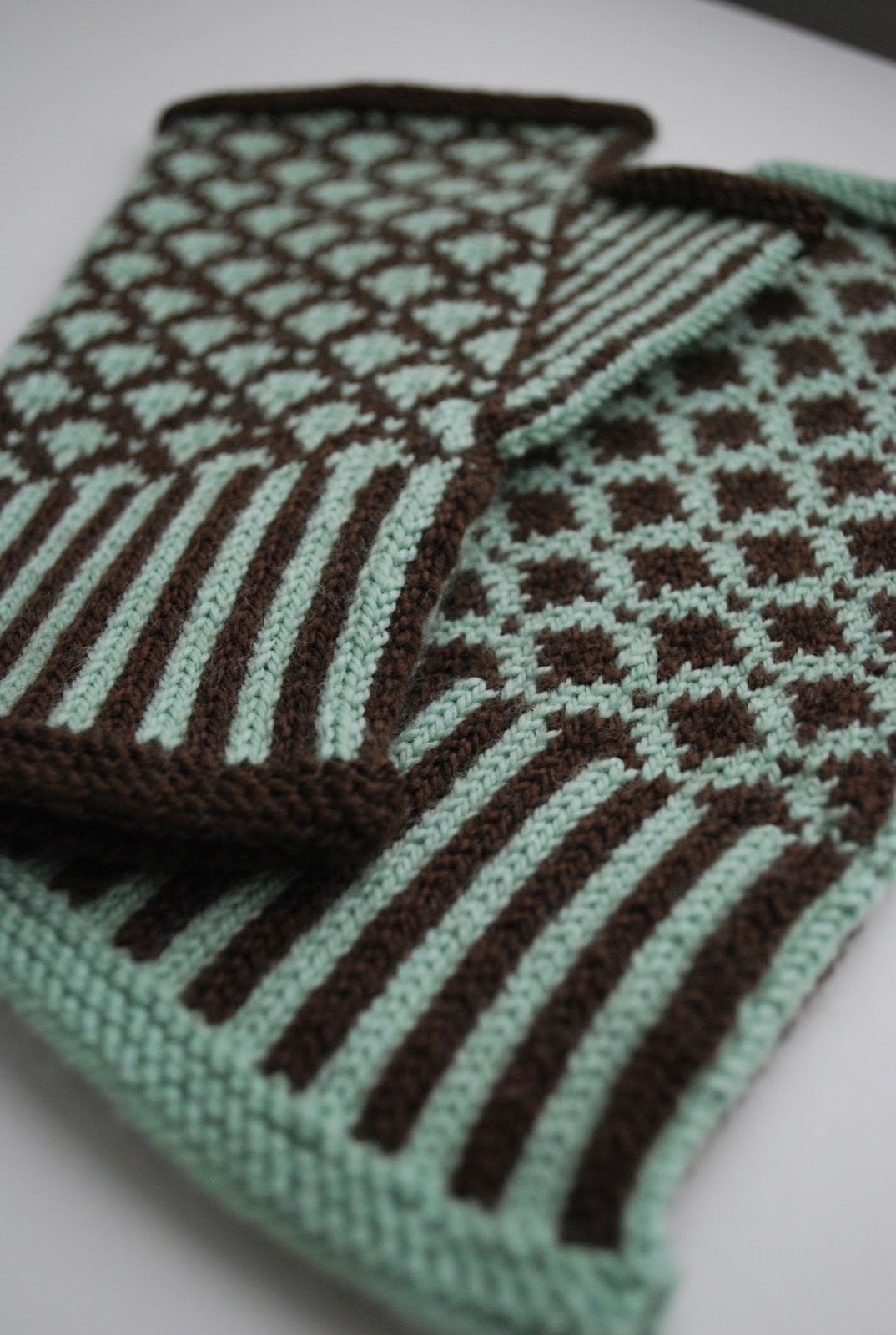 These were designed to be a good introduction to stranded colorwork. They are worked from the cuff up, starting with a garter stitch edging that's worked flat before you join in the round for the faux corrugated ribbing (it's all knit stitches). The stranded motif is relatively simple and regular, but the special thing about these mitts is that you reverse which color is dominant when you make the second mitt. 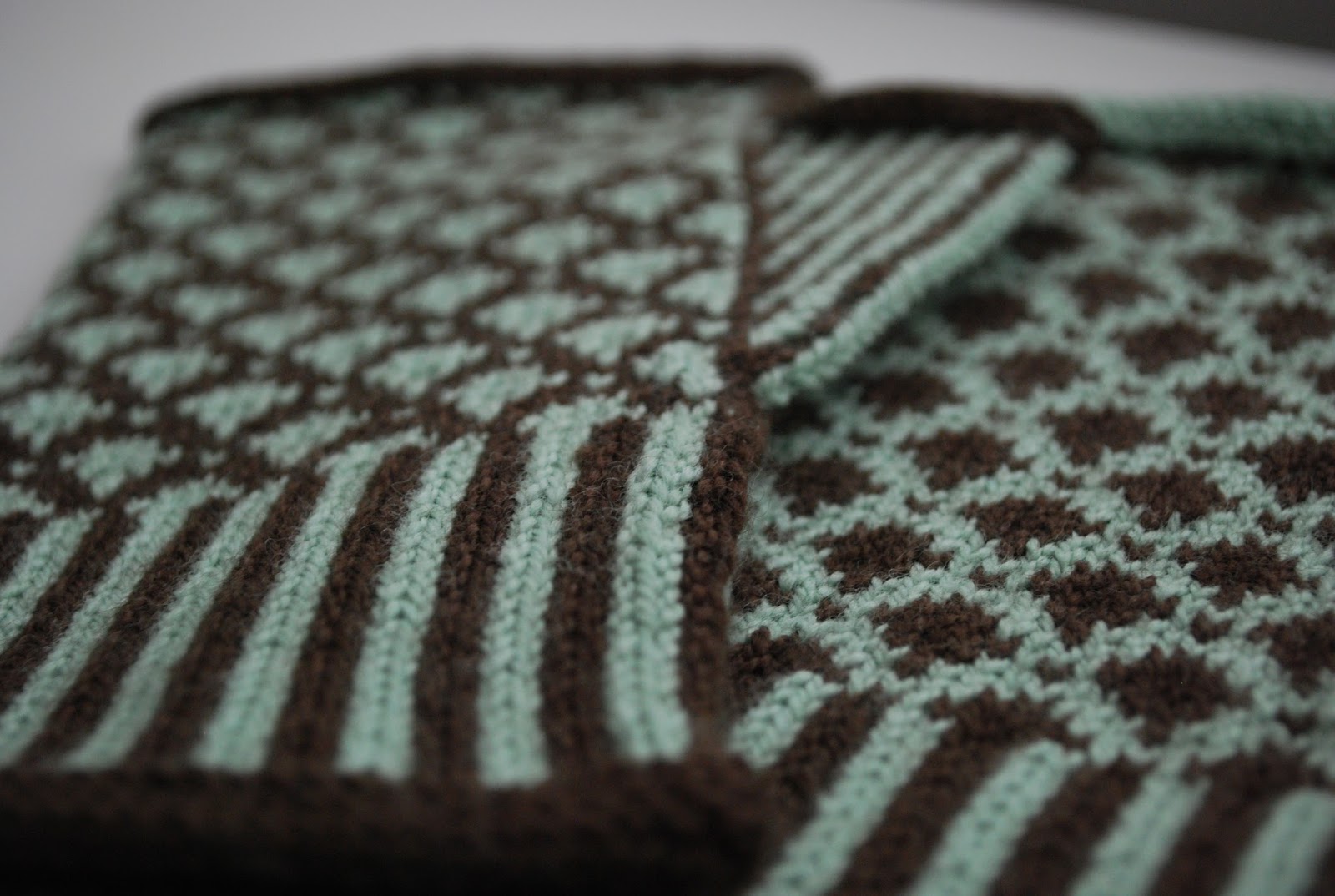 These are in one size, meant to be fairly fitted, but as the yarn used is pretty thin, you can easily upsize these a bit by using a slightly thicker yarn and/or a needle one size larger. I had a lot of fun knitting the sample, and I think I may need to make another pair or two for myself and perhaps a holiday gift. More than anything, I'm really excited that I can finally talk about them!

Meanwhile, I am thisclose to finishing my Water Music. I have one round and a bind off left to do. I could have finished last night, but I was too tired, so it'll get done tonight (though probably not blocked until the weekend, when I have time and floor space). The good news is that I'm totally going to have enough yarn!
Posted by Sarah at 7:33 AM