For the first time since the conclusion of the Tour de Fleece, I have a new skein of handspun to share! 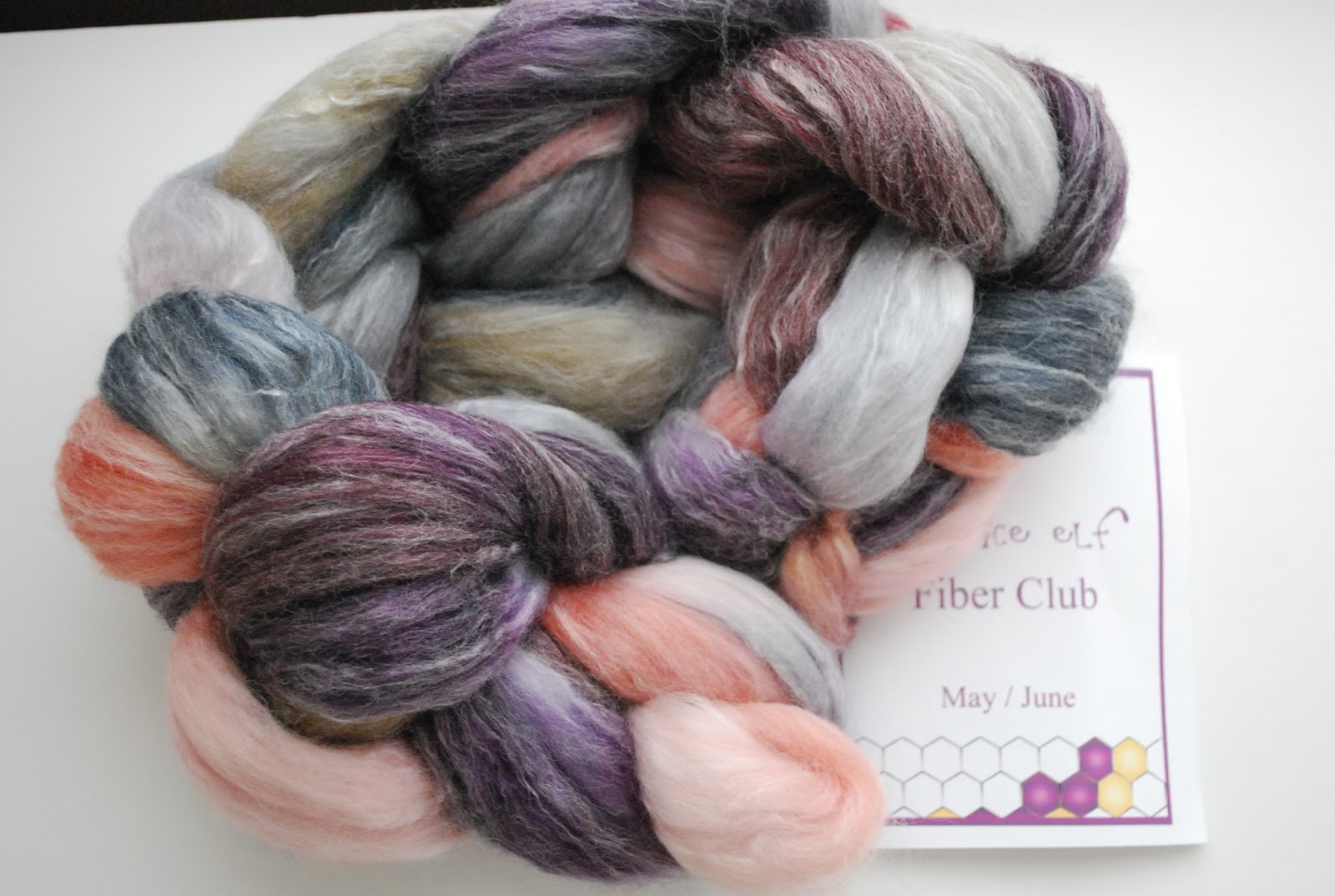 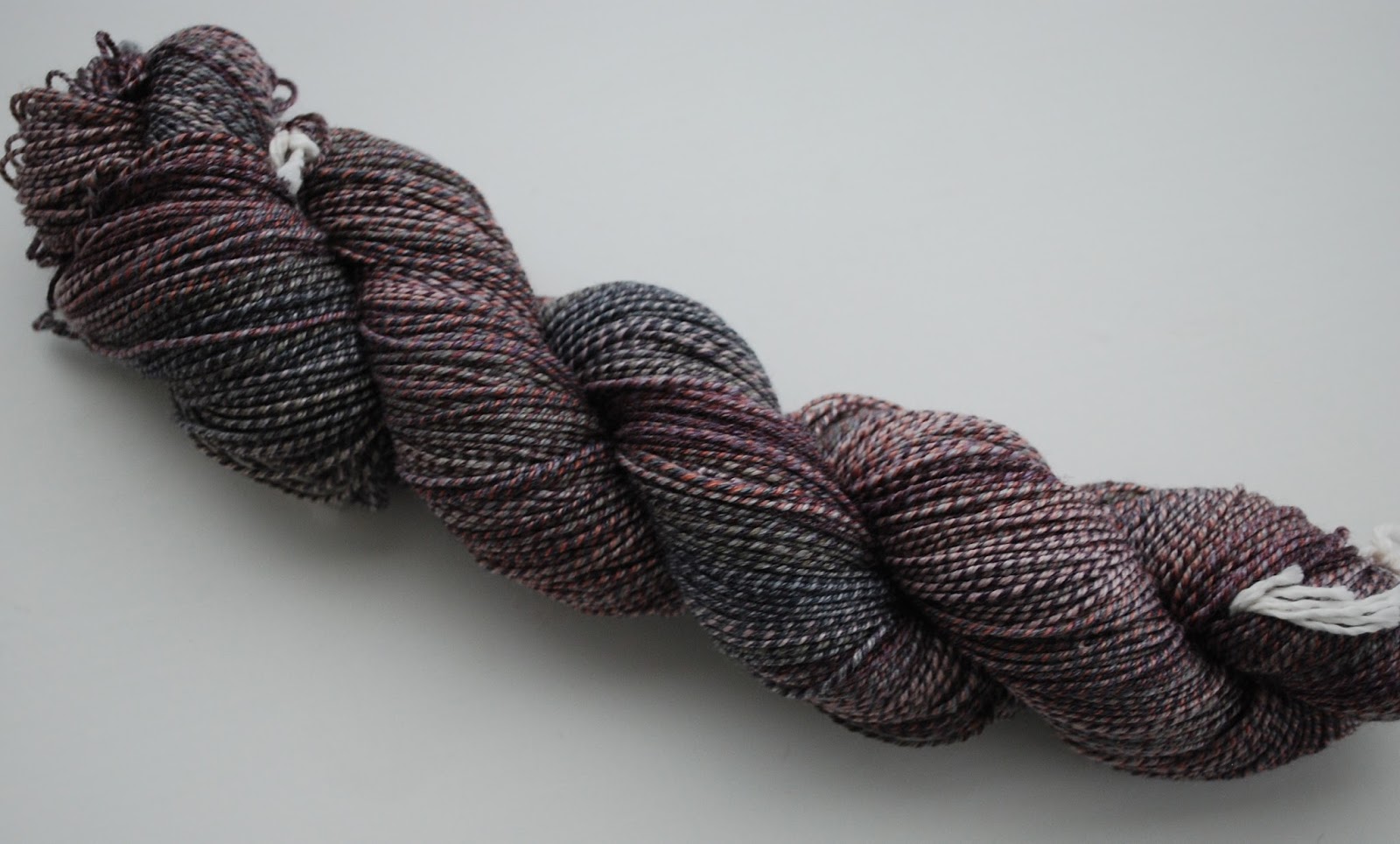 The finished yarn is smooth and shiny and cool to the touch. I have approximately 345 yards, so probably enough for socks if I wanted to give it a go, but I think I want this to be something I can wrap around my neck. 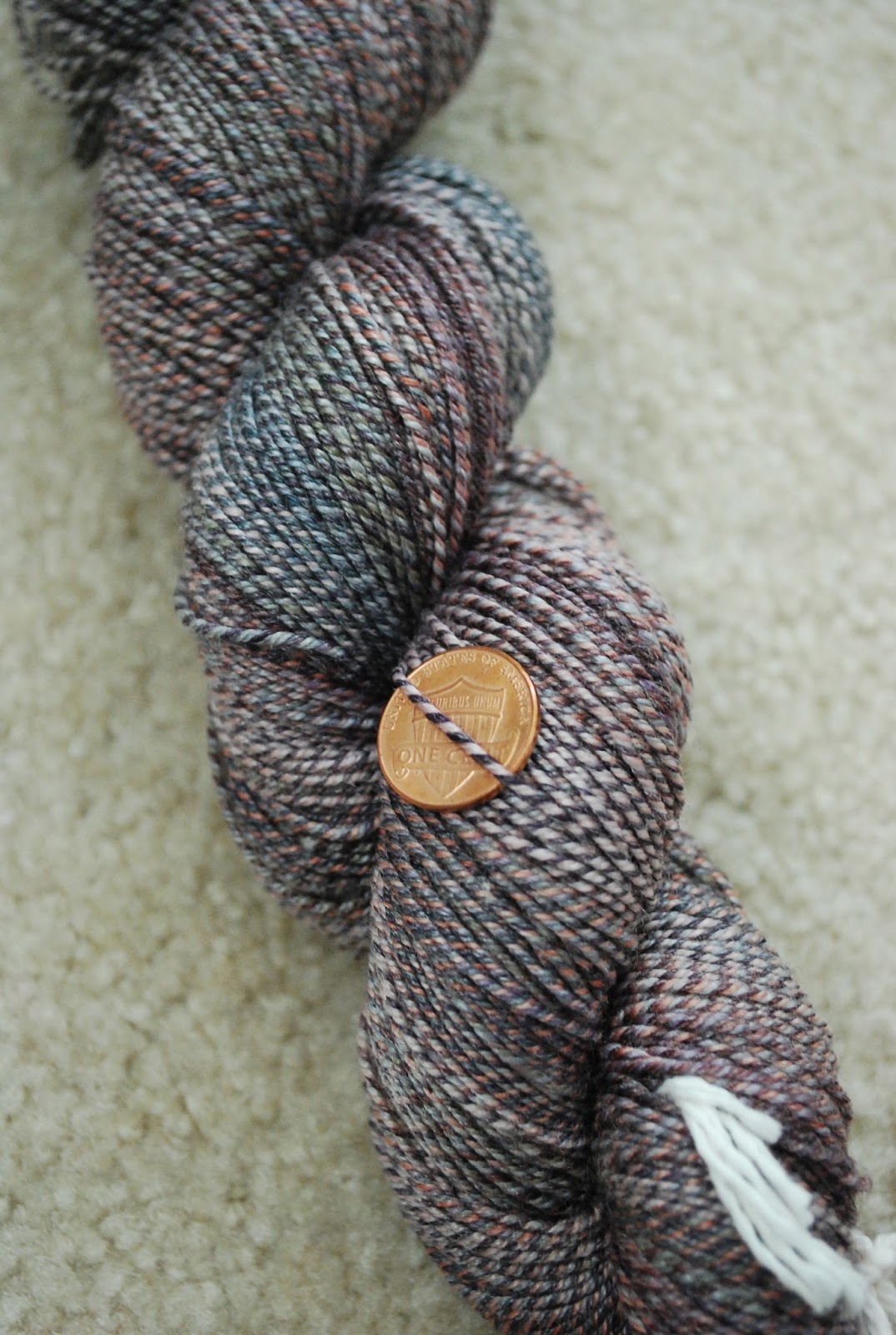 Clearly I am having no difficulty spinning what used to be my default yarn! I did have some leftovers, but rather than try to fight with a center-pull ball, I decided to just load them onto my leftovers bobbin.

Meanwhile, I finally started plying my sock batt yarn, and I love how it's plying up! 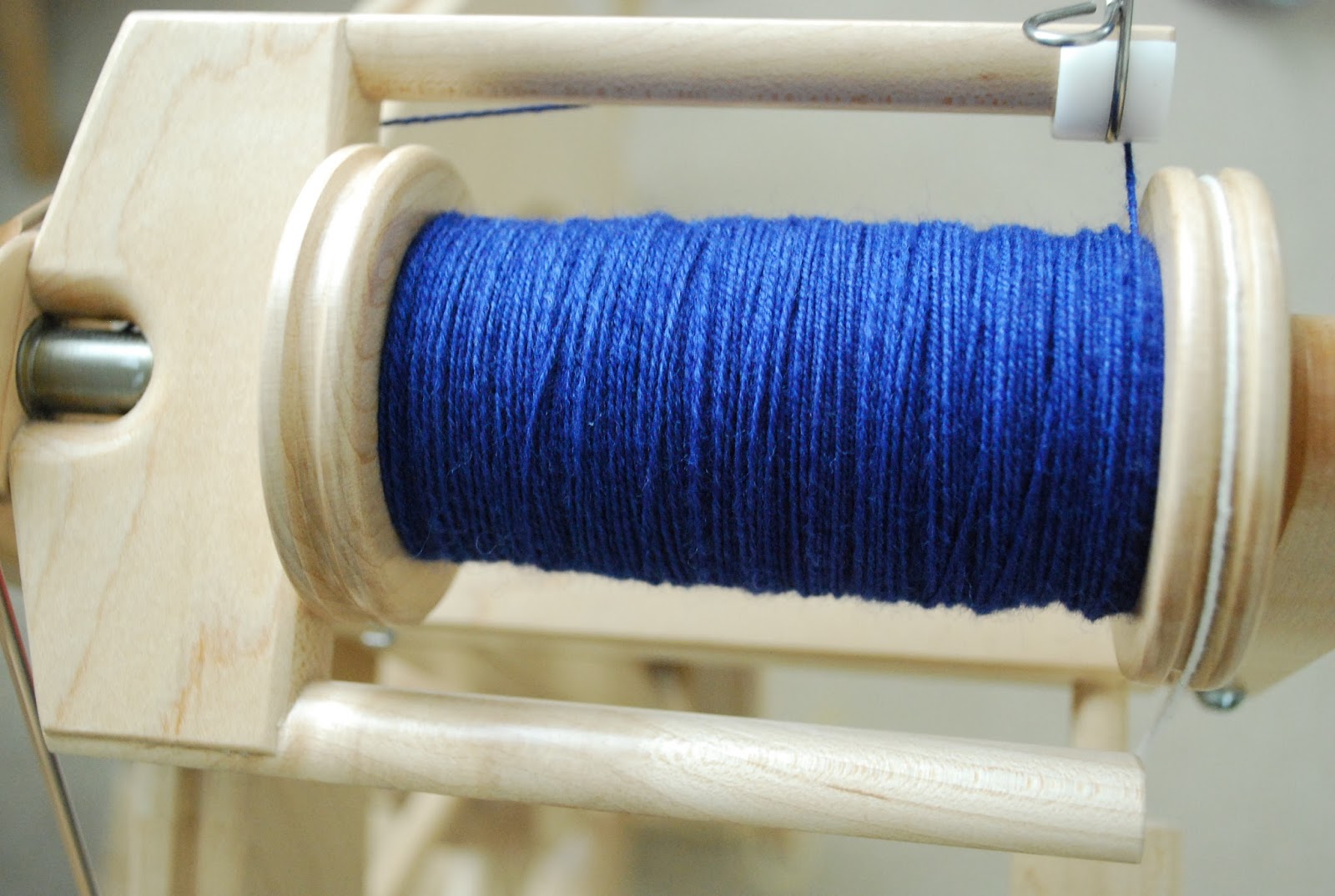 For some reason, my camera refuses to capture the color of this yarn or fiber accurately -- it's a slightly more purple blue in real life. The singles seem to be fairly consistent in their inconsistency, but the yarn is pretty consistent overall. It's slightly fuzzier than my usual, probably because I started with batts. As soon as I hit post on this, I'm going to try to finish plying up the first skein!
Posted by Sarah at 4:00 PM