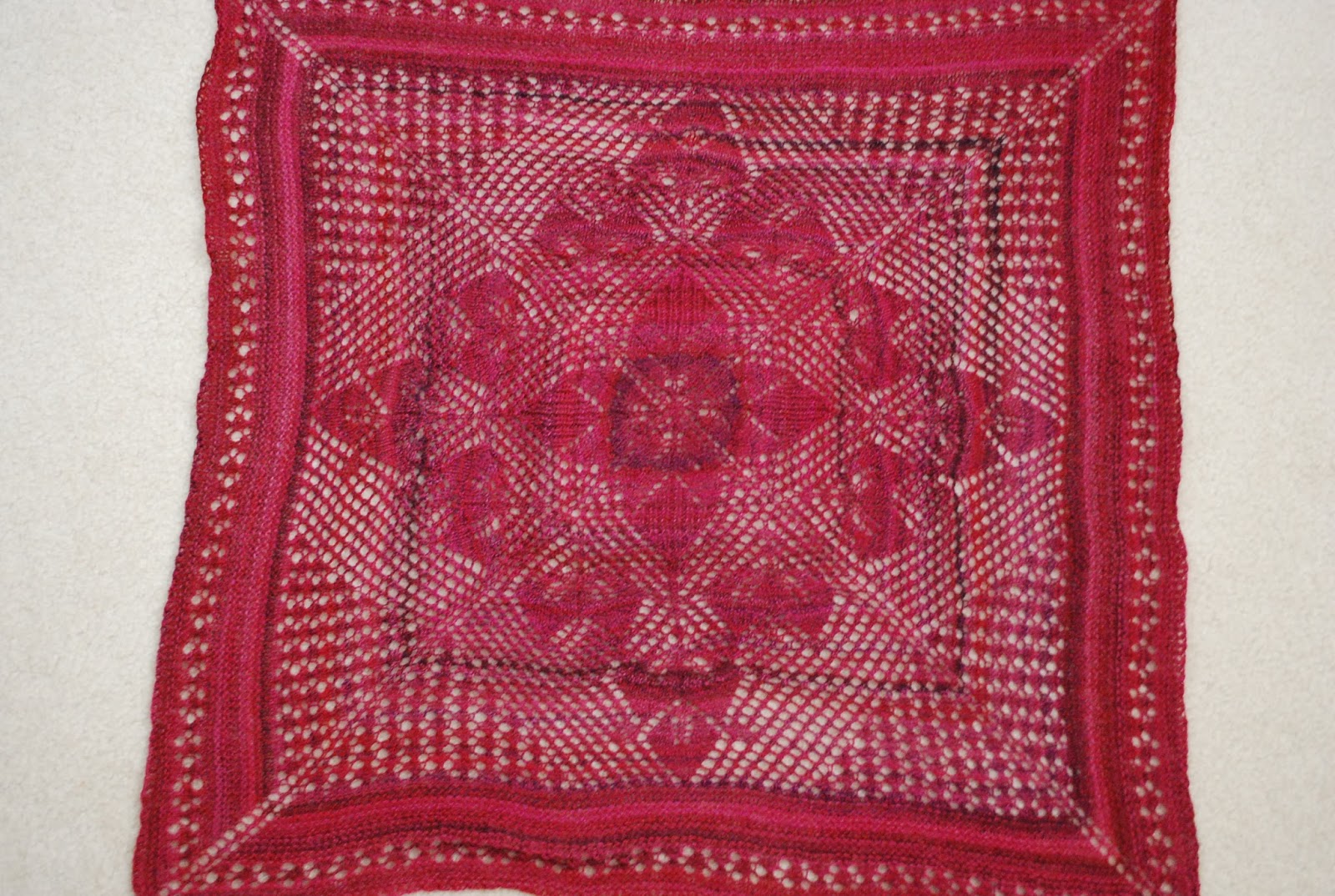 I really enjoyed knitting this. It's been quite a while since I knit a lace shawl in the round, and I'd forgotten how enjoyable it can be to knit the "rest" rows (or rounds, in this case). I particularly enjoyed Kirsten's directions for the circular cast on; you essentially pick of stitches through a loop and then work one the first round as if it were an I-cord -- much less fiddly than trying to work in the round right away. 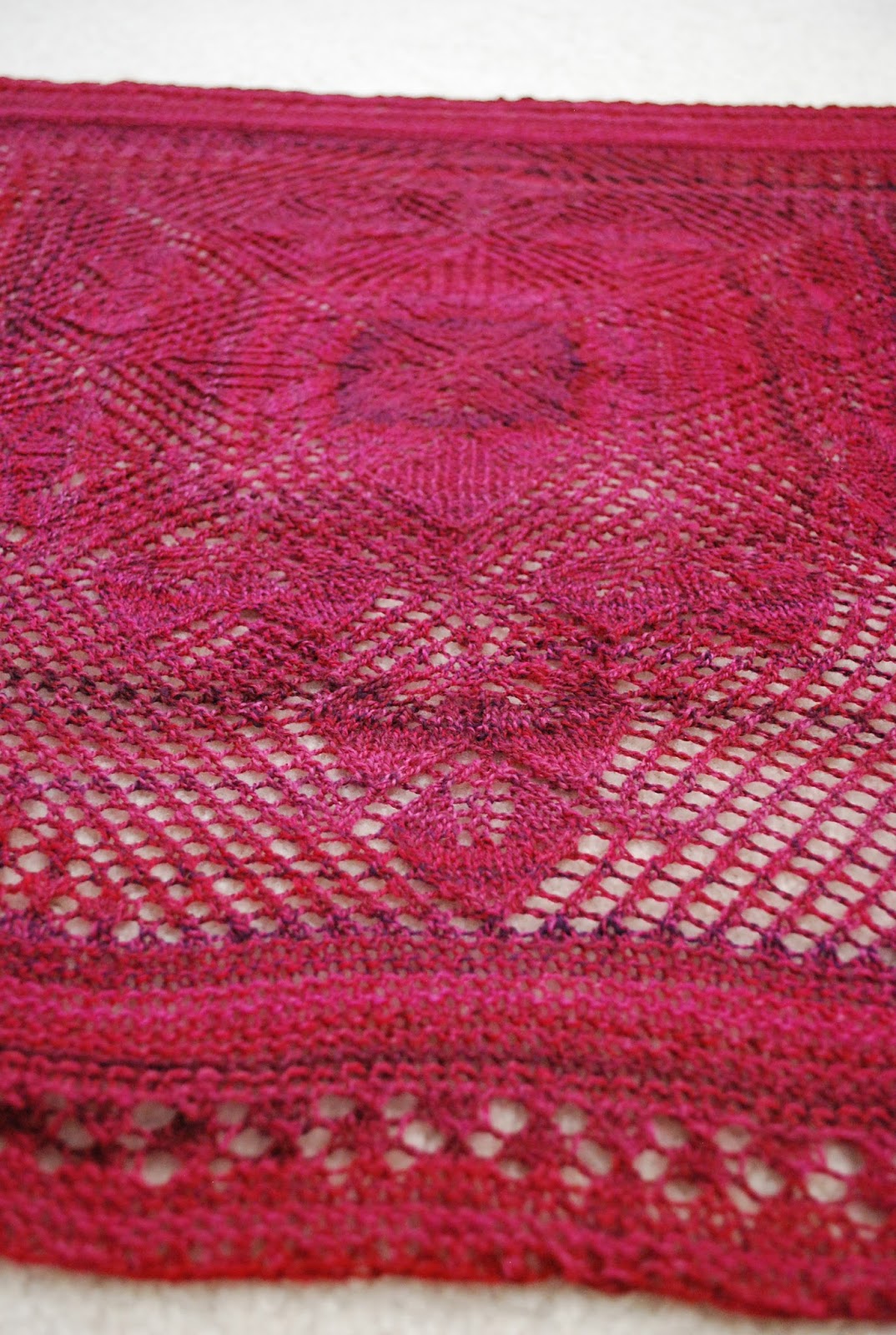 I did make a couple of modifications to the pattern, the most obvious being that I used a smaller needle than specified in the pattern and thus ended up with a significantly smaller shawl (it was supposed to be 40" by 40" but mine is closer to 32" by 32"). The reason I did this is because I was concerned that my yarn supply wasn't going to hold out and I didn't want to have to do the edging in a different yarn. I could have blocked the shawl a little bigger, but frankly I was being a little lazy when it came time to block and only wanted to use one blocking wire on each side. As it was, the corners were already falling off the wires; I suppose to get it bigger, I would have had to use two wires (with ends overlapping) for each side, but I also probably would have needed a different space to block. Getting the blocking wires in was a bit tedious because there aren't any eyelets in the edging -- I just had to weave the wires in the garter stitch, which is why my edges look a little ruffly (I should point out that they are straight, though, despite what they look like in the top photo in this post -- that was just because I was trying to snap a photo in a hurry and didn't smooth out the sides as much as I could). Perhaps when it's time to block this again, I'll take the extra time and really stretch it out. That will be possible because of my second modification -- I used a "lace bind off" rather than the bind off specified in the pattern. I actually started binding off as Kirsten recommends, but after binding off about half of one side, I realized that it was not going to be stretchy enough. This is a pattern I could definitely see myself knitting again. It would be really fun to knit it in a heavier yarn to make a blanket out of it.
Posted by Sarah at 7:28 AM