Fit to Be Plied

I stayed up late (well, late for me) on Friday night finishing up the last bobbin of singles of my Fat Cat Knits March shipment. 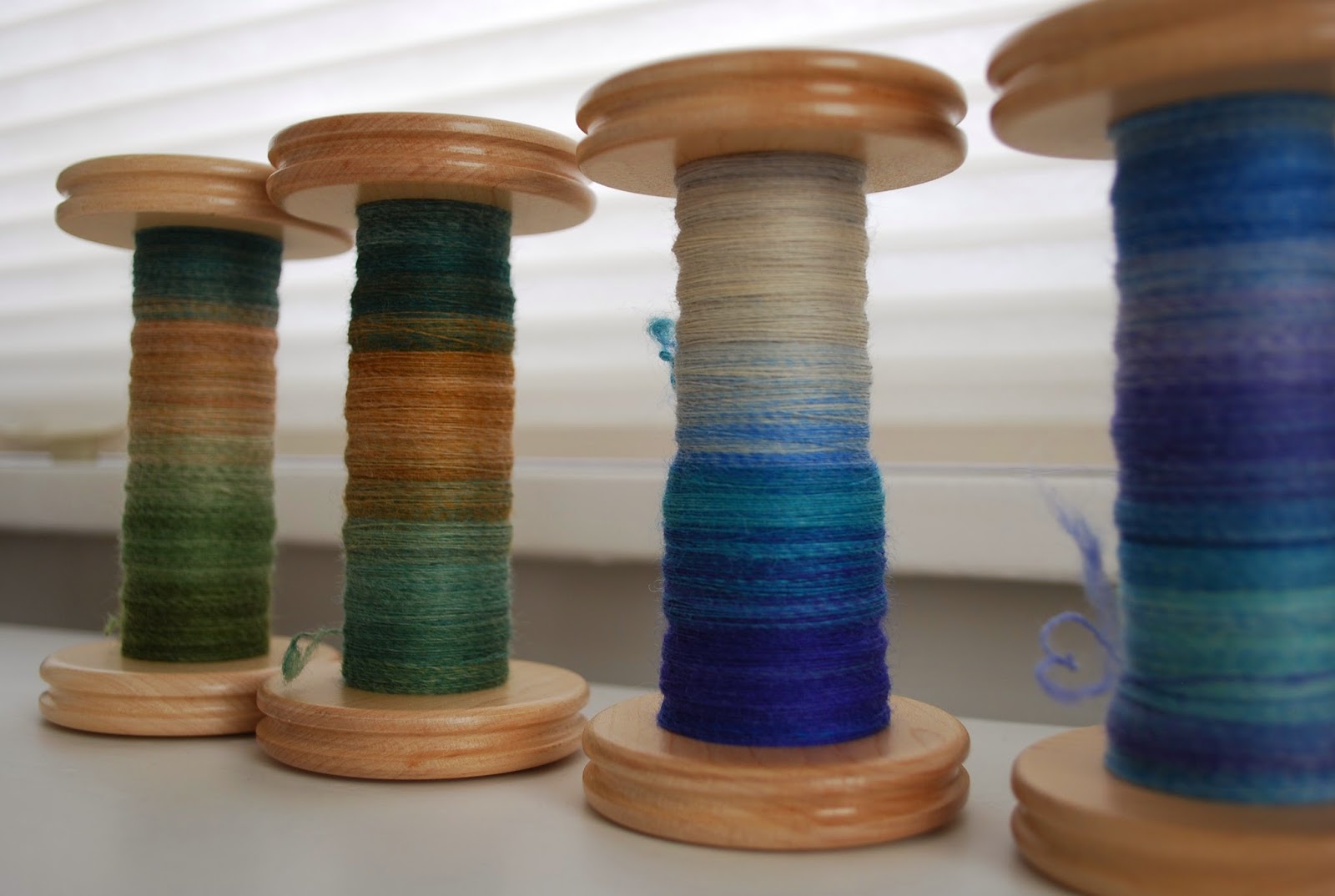 I started plying yesterday and finished up earlier this afternoon. I ended up with some singles left on the two bobbins at the right, but not a significant amount. The skein is soaking as I type, but here's what it looked like on the niddy noddy: 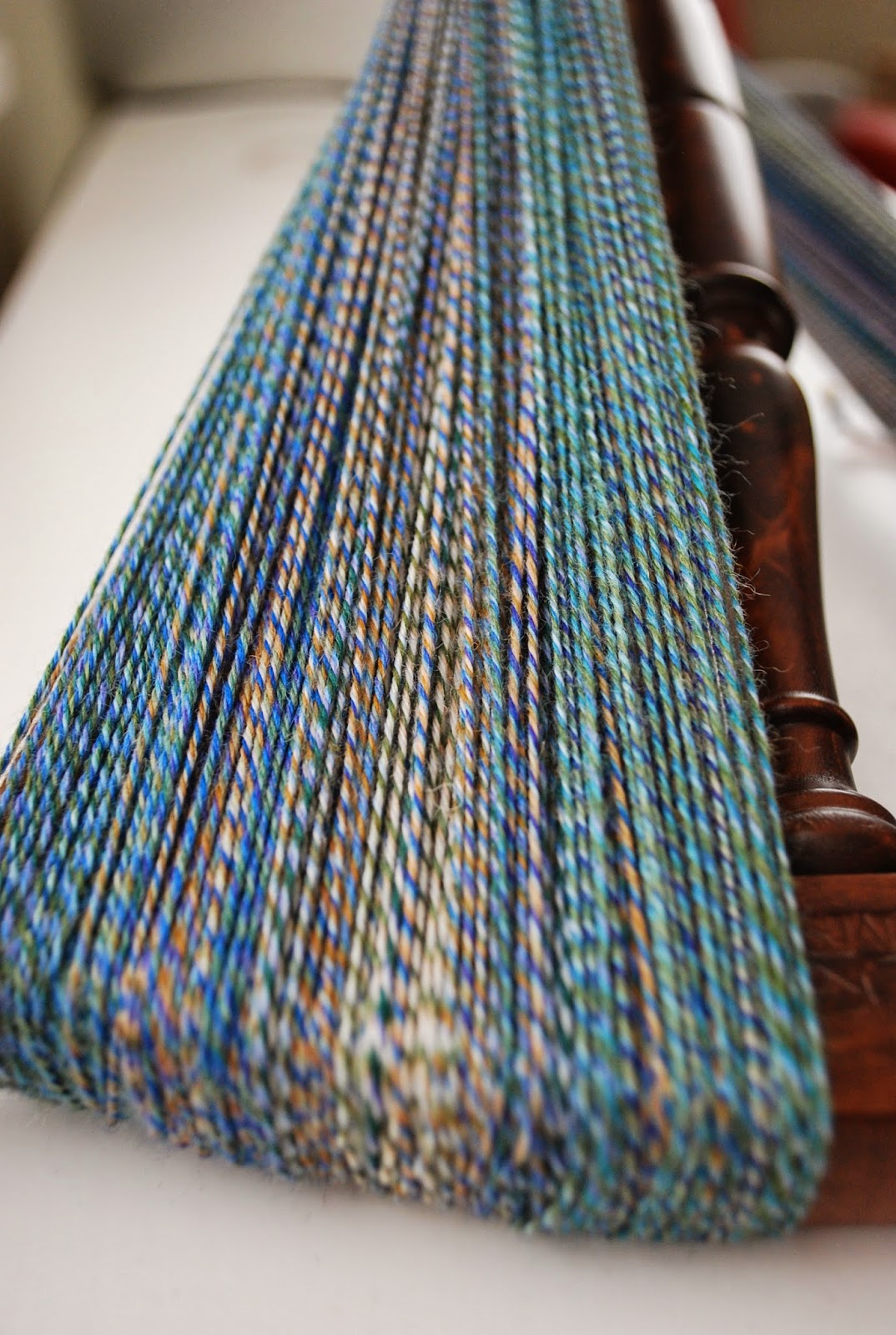 After all that thin stuff, I wanted to do something a big thicker, so I pulled out the Jacob wool that I bought at MDSW last year. I have 8 oz. total, in two shades, so I pulled them apart and then split each color into thirds. The chocolatey brown is on the wheel first, and it's amazing how quickly the bobbin is filling up compared to the last project. 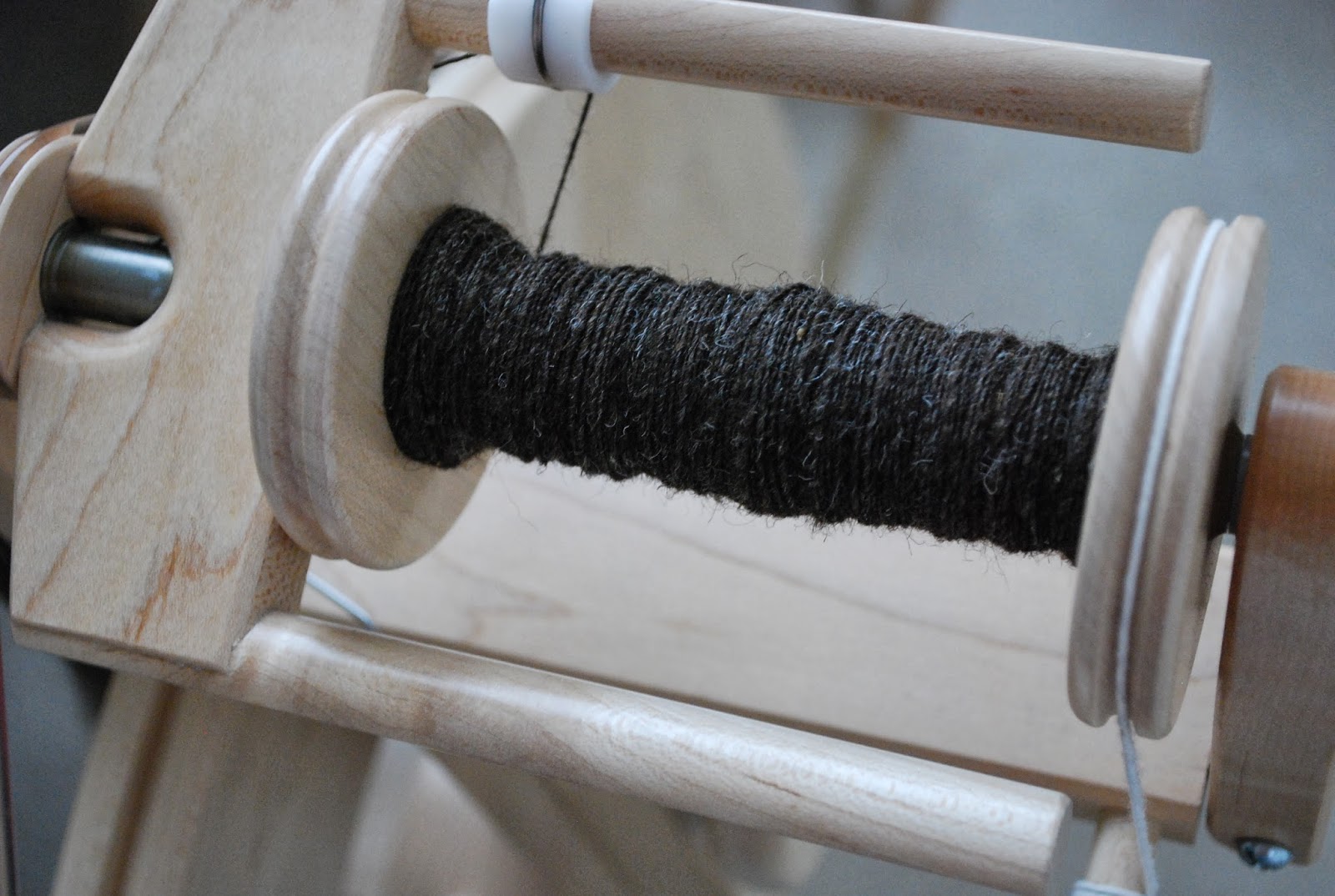 It's a bit lumpy and bumpy (due to the prep), but I don't even care. I figure it will even out well enough when I ply, and I really wanted this to be more of a rustic yarn. My plan is to spin the two skeins more or less the same way and perhaps use them for something with colorwork. At this rate, I can probably finish up a bobbin in a good spinning session, which works well with my plan to try to get through my purchases from MDSW last year before I go back this year. Might you call that fleece neutrality?
Posted by Sarah at 4:51 PM