Yesterday seemed to be all about keeping half of my body warm. First, I finished the first STR sock (and is there anything more satisfying than Kitchenering a toe?). 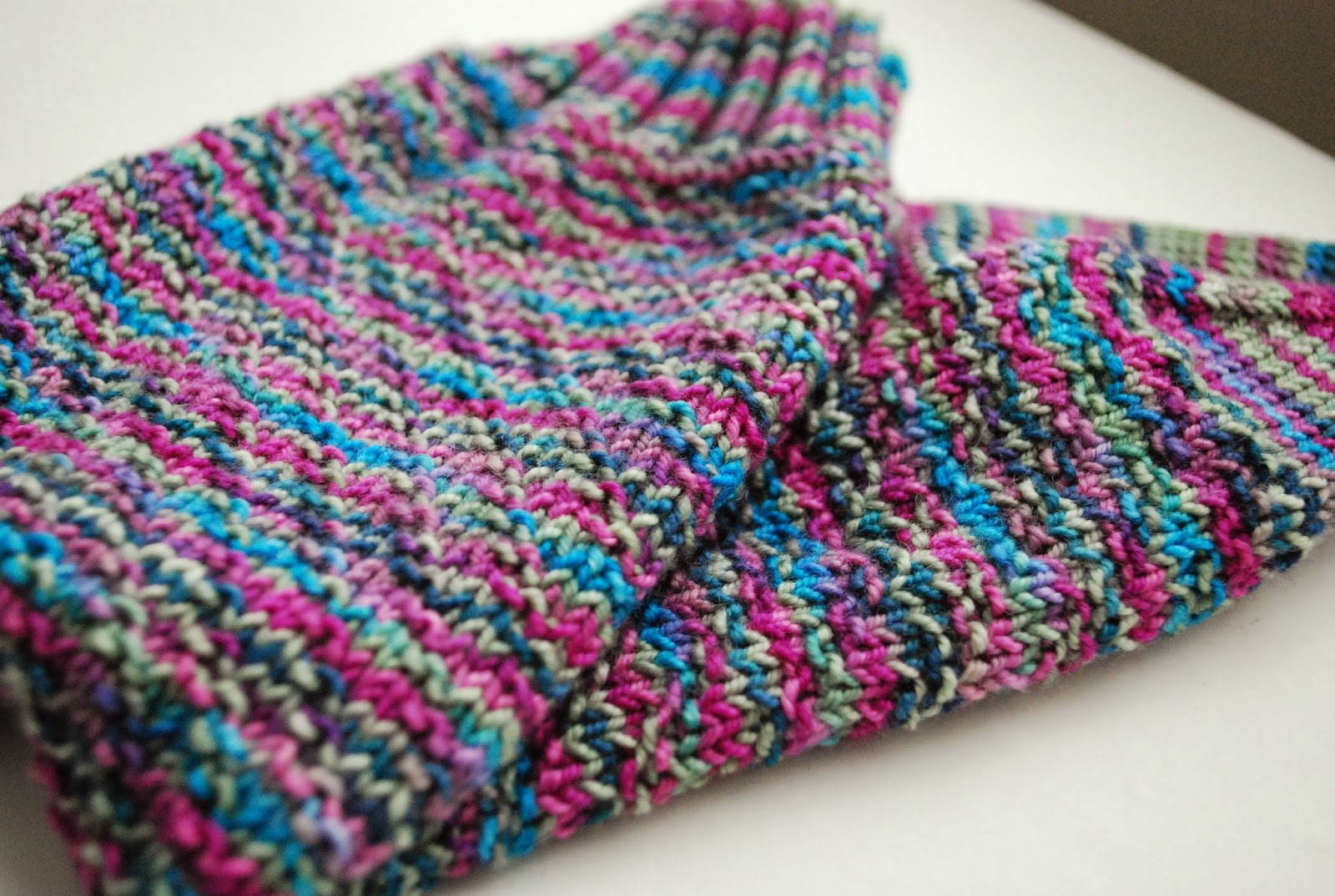 Then, I finished the first sleeve of my Zephyr. I even wove in the end after I bound off. Aren't you impressed? 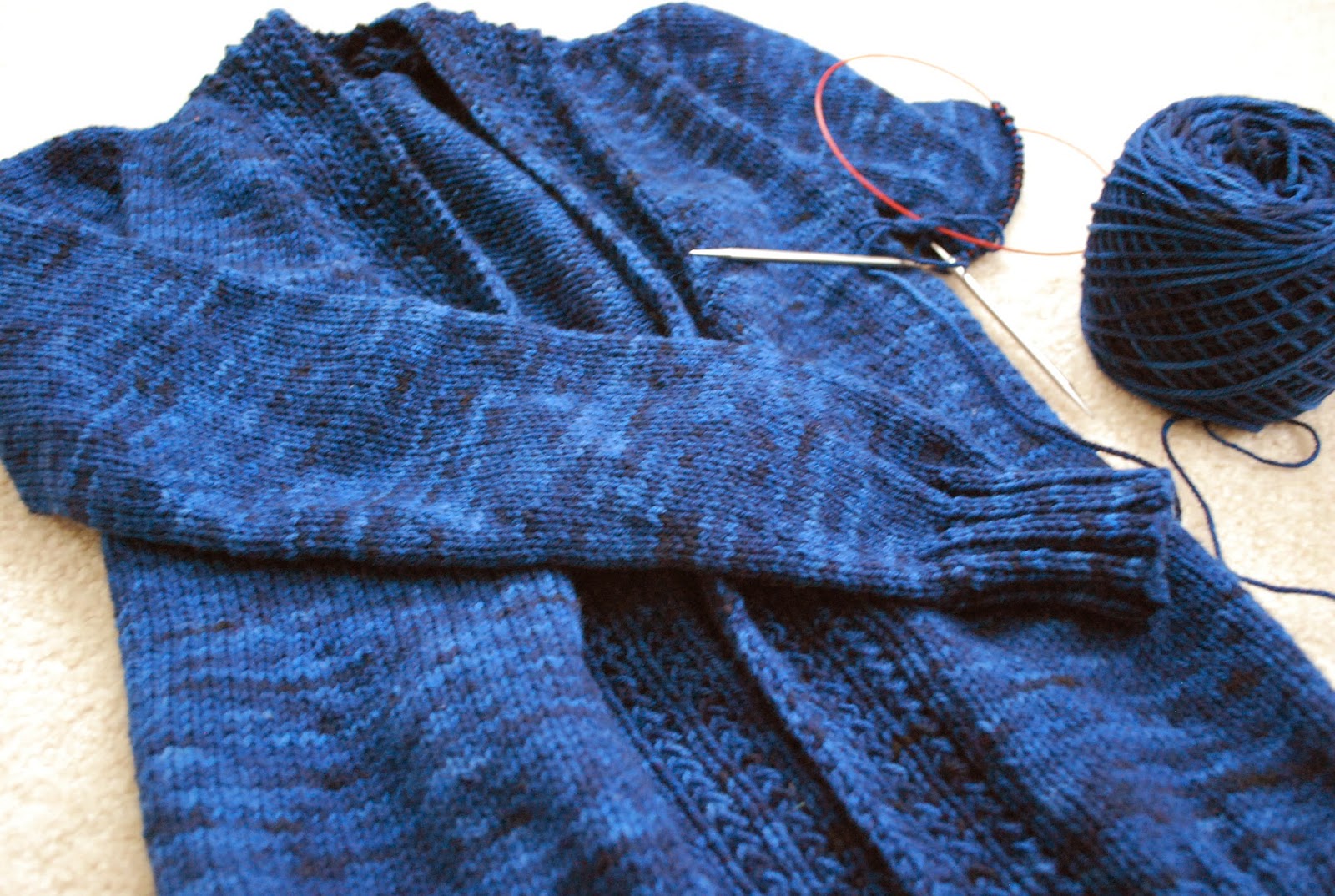 I immediately started in on the second sleeve before I lost any steam and will work on it the next two nights. If that isn't enough time to finish, then I'll wrap it up on Sunday night, after I'm back from the quick trip. I will have roughly eight hours in the car, but the sweater's a little too bulky to bring along right now. Instead, I have a pattern sample to knit and the second STR sock to finish, and I'm hoping that will be enough (though I might throw in another skein of sock yarn just in case).

We appear to finally be ending the season for wearing handknits, which means the season of washing sweaters and packing them away will begin soon. We've had unseasonably cold weather this week, including snow yesterday, so I've been making good use of my rainbow brioche cowl. It is so soft and cozy and squooshy that now I want to knit more just like it with more handspun. I have some merino/tencel laceweight in my stash that I think would make a great one for slightly warmer weather, and I'm itching to do a two-color version. I think I may have found my next obsession. Is there a cure for brioche-itis?
Posted by Sarah at 8:32 PM