We Now Return to Our Regularly Scheduled Blogging, Already in Progress

Now that we've gotten the backlog of design stuff out of the way, I think it's time to get back to what's actually on my needles, don't you?

First of all, I finished my rainbow brioche cowl. I managed to finish the bind off with only a small ball of yarn left, so I felt particularly satisfied. It's soft and squishy and warm, and as it looks like the weather is going to be in the 30s early next week, I might even get to wear it a few times before it gets packed away until next winter. 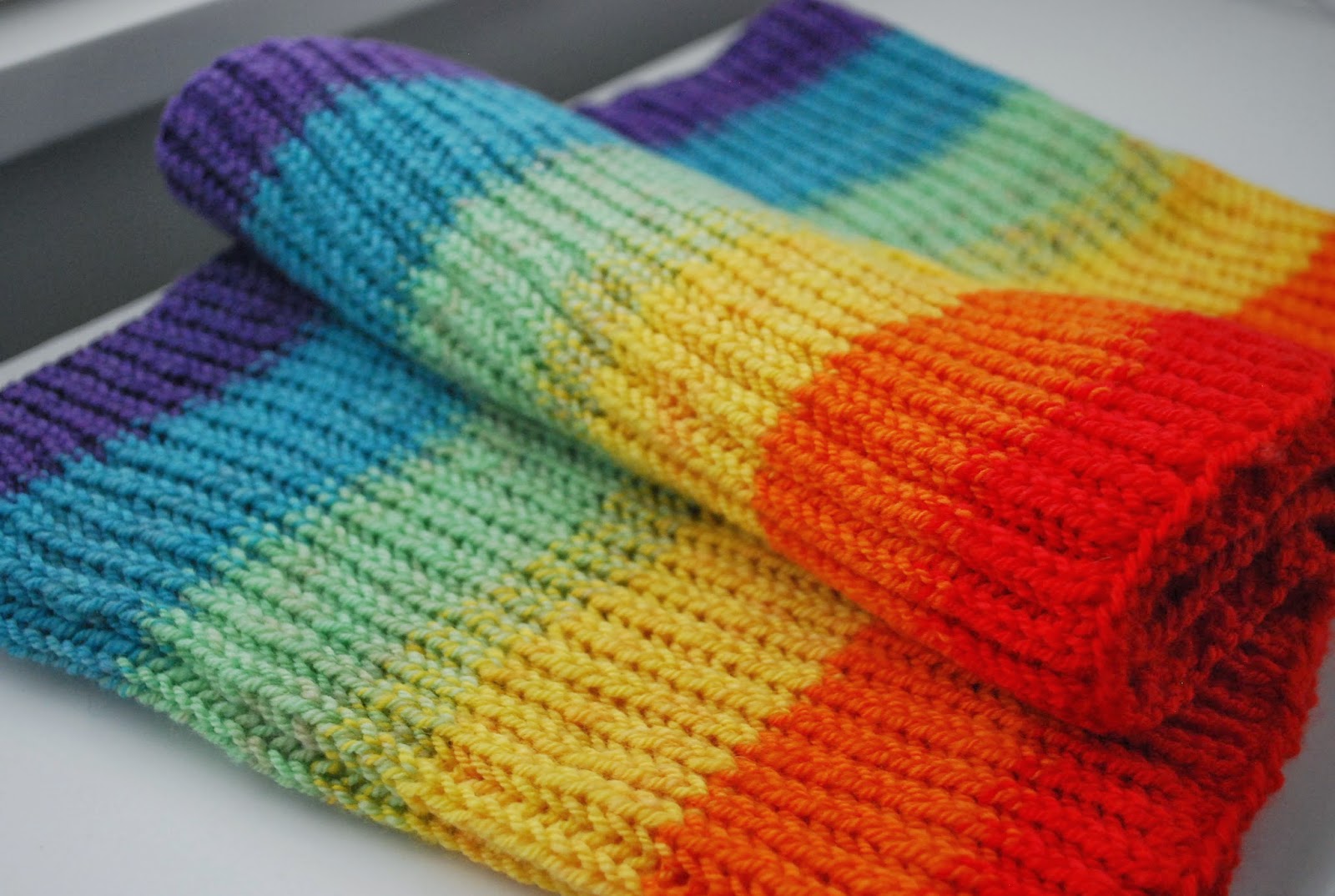 I didn't really use a pattern for this -- I just cast on 200 stitches (because that's what seemed to fill up my 40" circular well) and worked brioche in the round until I was nearly out of yarn, then bound off. Easy peasy.

Because the yarn bled when I washed it as part of the finishing process, I blocked it by soaking it in cold water with a little white vinegar (just in case) and then laying it flat to dry. I'm happy to report that I didn't see any more bleeding, though that cold soak was just enough to encourage the famous Polwarth poof. The yarn bloomed just enough to fill in some of the thinner, airier spots in the fabric.

Meanwhile, I've been giving my Zephyr quite a big of attention over the past couple of weeks, and I'm now nearly done with the body. I have another 2" to knit before I start the ribbing at the bottom, and I'm hoping to get at least to that point tonight. I think the sleeves will go pretty quickly (they're in the round and don't use that edging that's on the body, so there's less to think about). I'm hoping to finish this up by the end of the month. 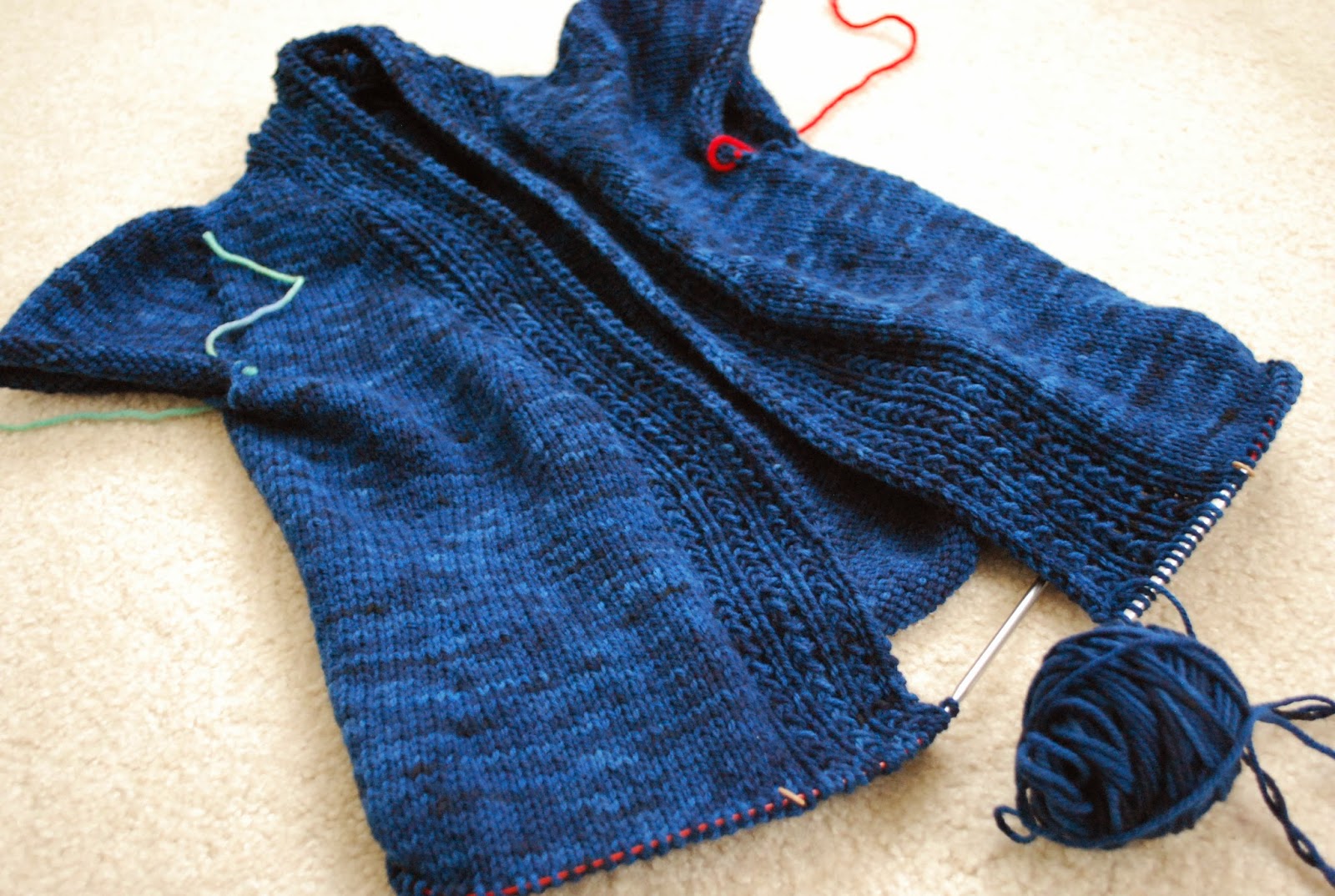 After finishing up the cowl, I needed a new lunchtime project, so I cast on a new pair of socks for me in some STR that I bought myself for my birthday. The colorway is called Kalish, and it's pretty variegated, so I decided to stick to a simple pattern of knits and purls to break up any pooling. I really love the colors in this sock. 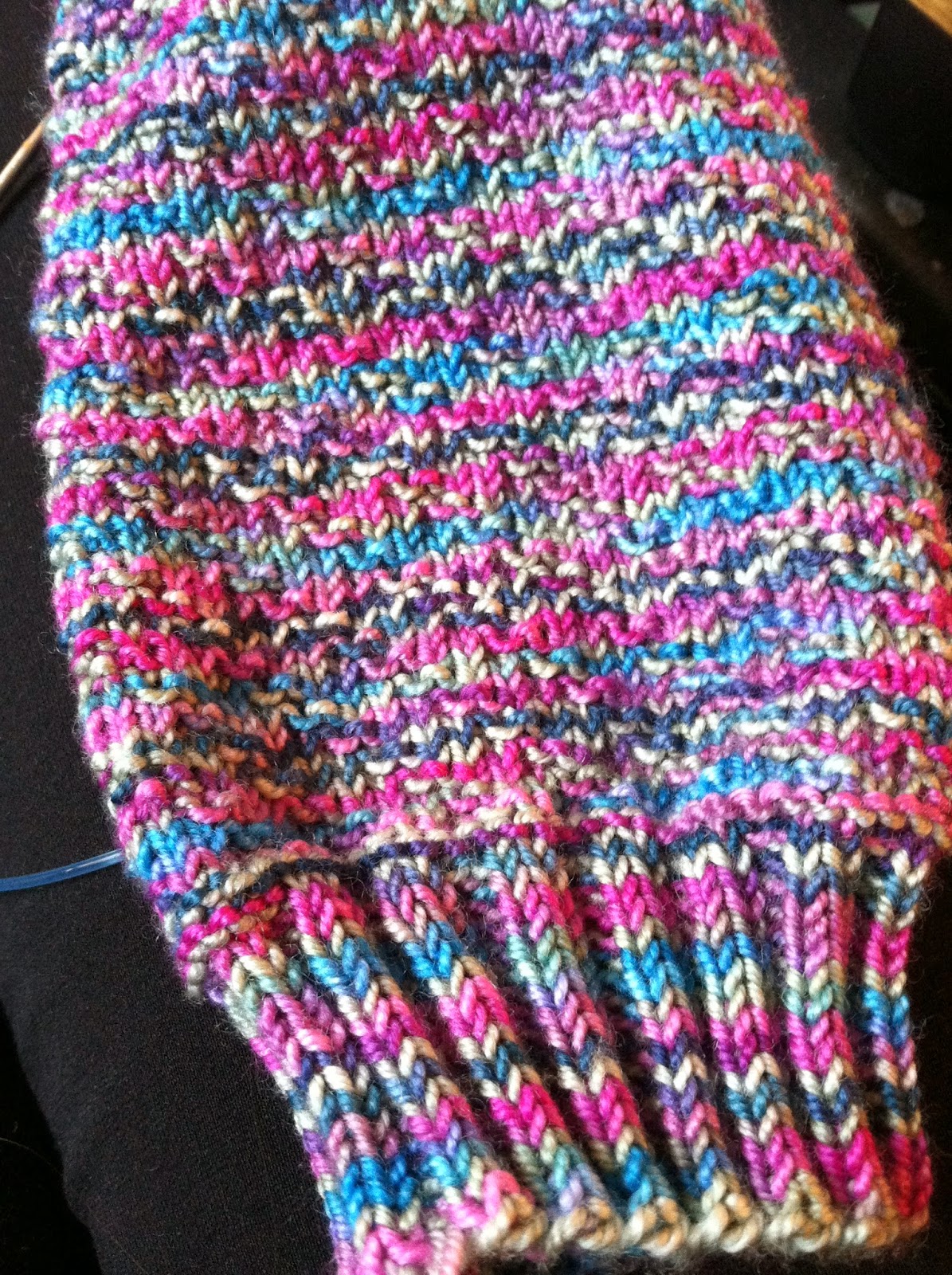 I'll be interested to see what happens at the gusset, which is where the pooling is usually the worst.

Finally, remember how I was suddenly blowing holes in all my socks? I never really had it in me to actually throw the socks away, though they were removed from my sock drawer. I've been knitting some replacements, but the other night I decided to try darning one to see how it went. That sock was such a success that last night at knit night, I decided to tackle my favorite pair of Monkey socks, one of which was just a couple of fibers from a true hole. I used some scraps of another sock yarn to essentially duplicate stitch over the entire area on the inside (which was a real challenge on the bad sock, considering the worst of it only had a couple of fibers still intact). 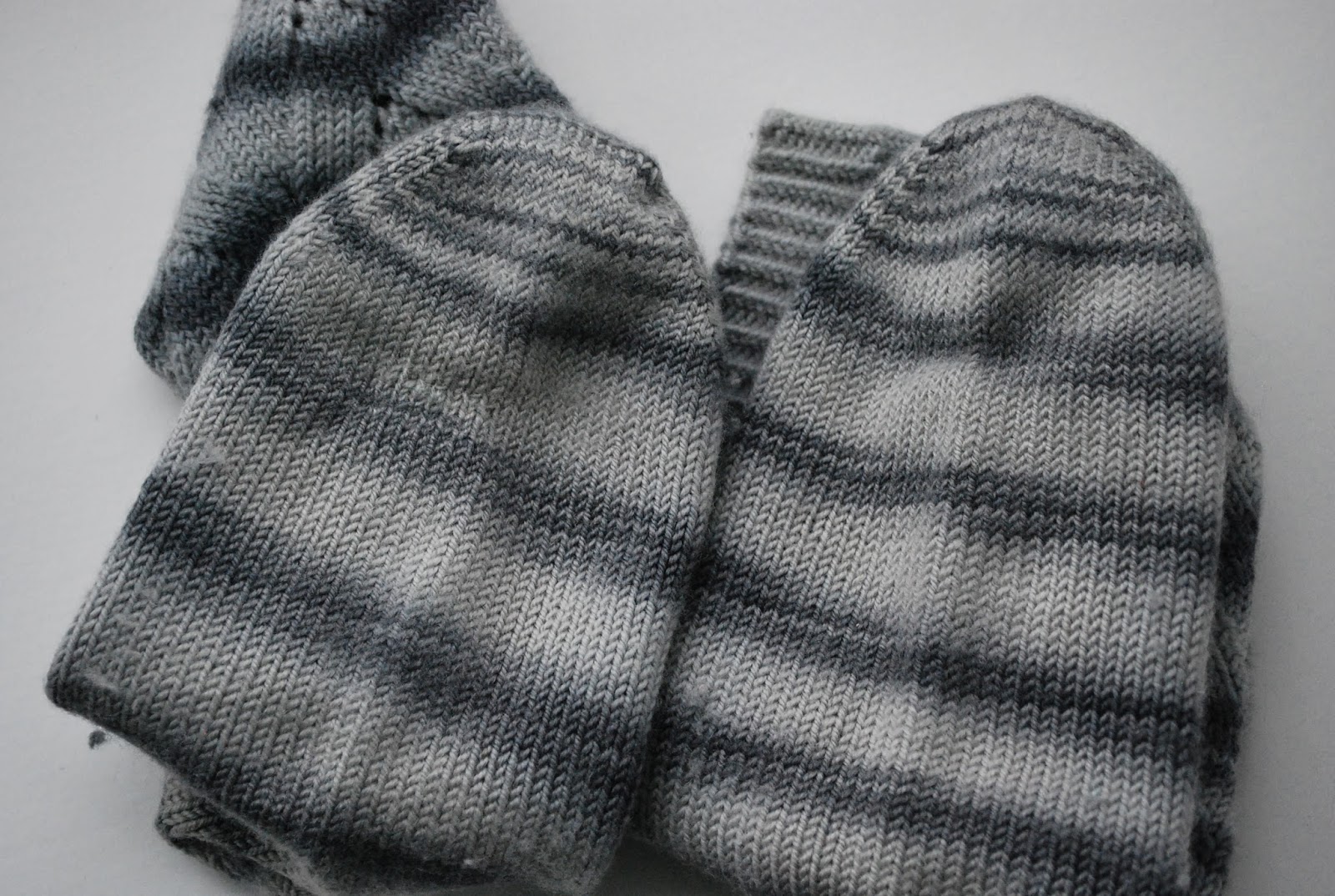 They won't win any beauty contests, but the holes have been covered, so I might get a bit more wear out of them.
Posted by Sarah at 6:02 PM