After not touching my wheel for about a week, I've spent probably five hours at it this weekend. I think I mentioned that I've been trying to spin up the fiber I bought at MDSW last year before it's time to go again this year. At the top of that list is the 8 oz. of naturally colored Jacob (4 oz. in two different shades). I started with the chocolate brown, splitting it into thirds and spinning each third onto its own bobbin. This was really a quick and dirty spin -- I spun it pretty quickly, without worrying too much about consistency. As a result, the singles are a bit lumpy bumpy, but I think they'll even out a bit after plying. 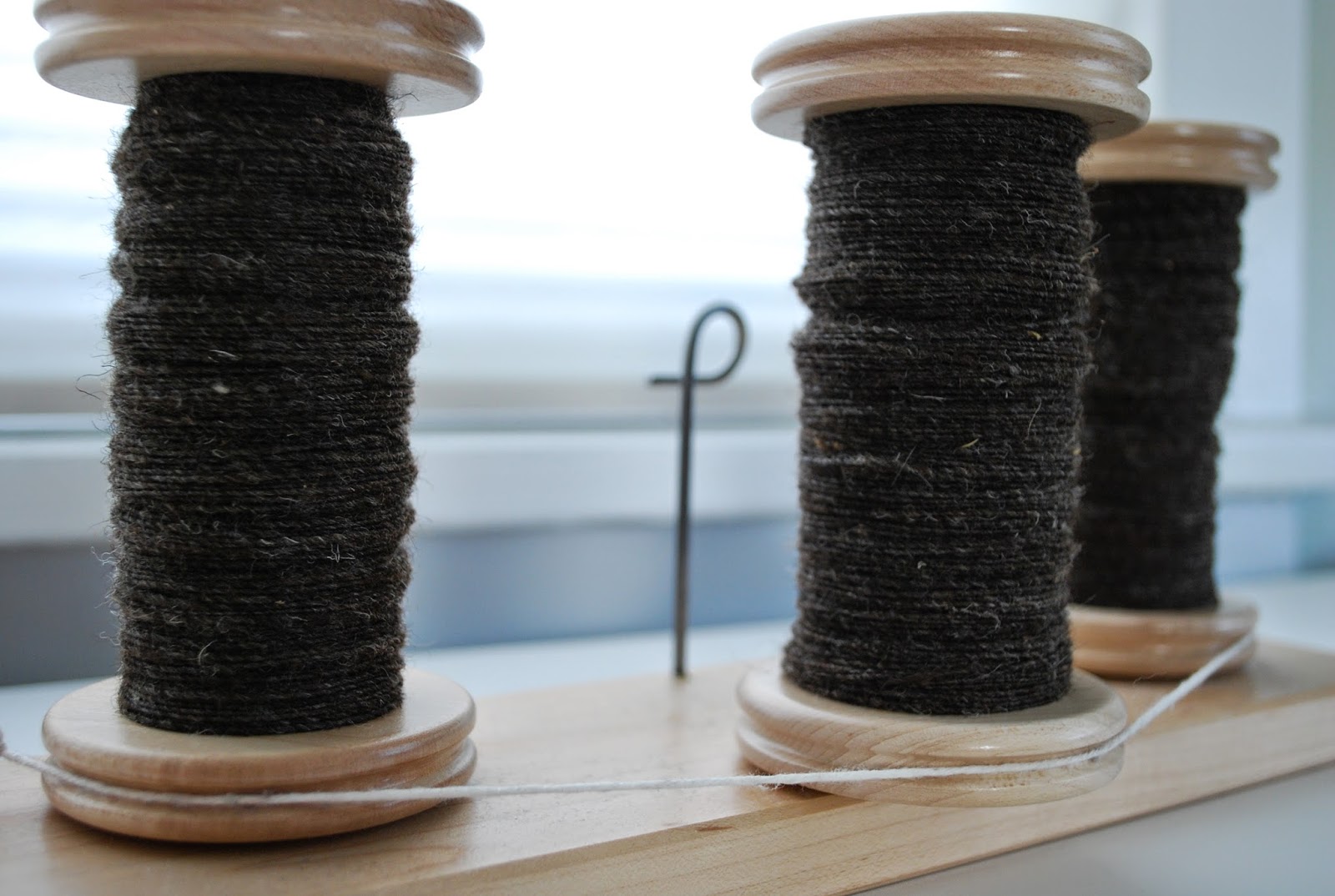 I really like how rustic these these singles are, both because of the bits of VM (most of which I'm pulling out) and the slightly heathered look from variations in the fiber color. 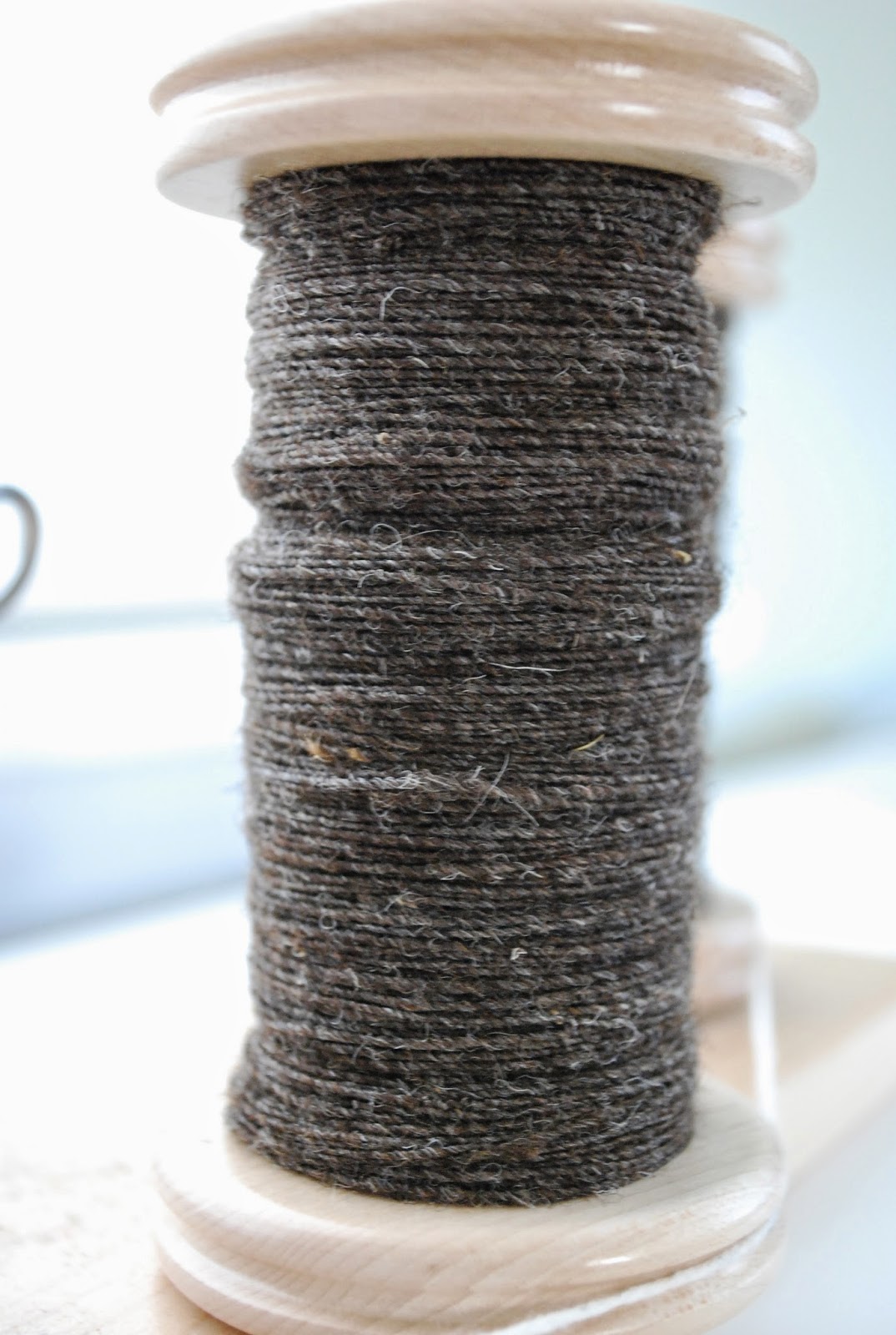 I'm thinking that this should ply up to a worsted/Aran weight, and I will likely spin the lighter color in the same way to get two skeins that more or less match. They would go together nicely as some sort of colorwork (perhaps with natural white/cream sheep motif?). Plying will happen in another day or two, once the singles have a little time to rest. I used my fast flyer to spin these singles (mostly because it's what I use most of the time and I was too lazy to switch out my flyers), so as a result there's a bit of extra twist in them. I will be plying on the miniSpinner, though, because I don't think a regular Lendrum bobbin will be able to hold this skein!
Posted by Sarah at 7:47 PM