And we're back. As vacations go, it was a good one, though not a particularly relaxing one. I was wearing my new-to-me FitBit the whole time and logged 15,000+ steps the three days we were at the parks (and as Rainbow has a much smaller stride than I, I can only imagine how many steps she took in those three days!). We went on many rides, met several princesses, and shopped quite a bit. She was thoroughly enchanted with the whole thing, which is exactly what I was hoping for.

I did get some knitting done, but not nearly as much as I had anticipated (I didn't even get through one skein of the three I took). In fact, all I have to show for this vacation is one finished handspun sock. 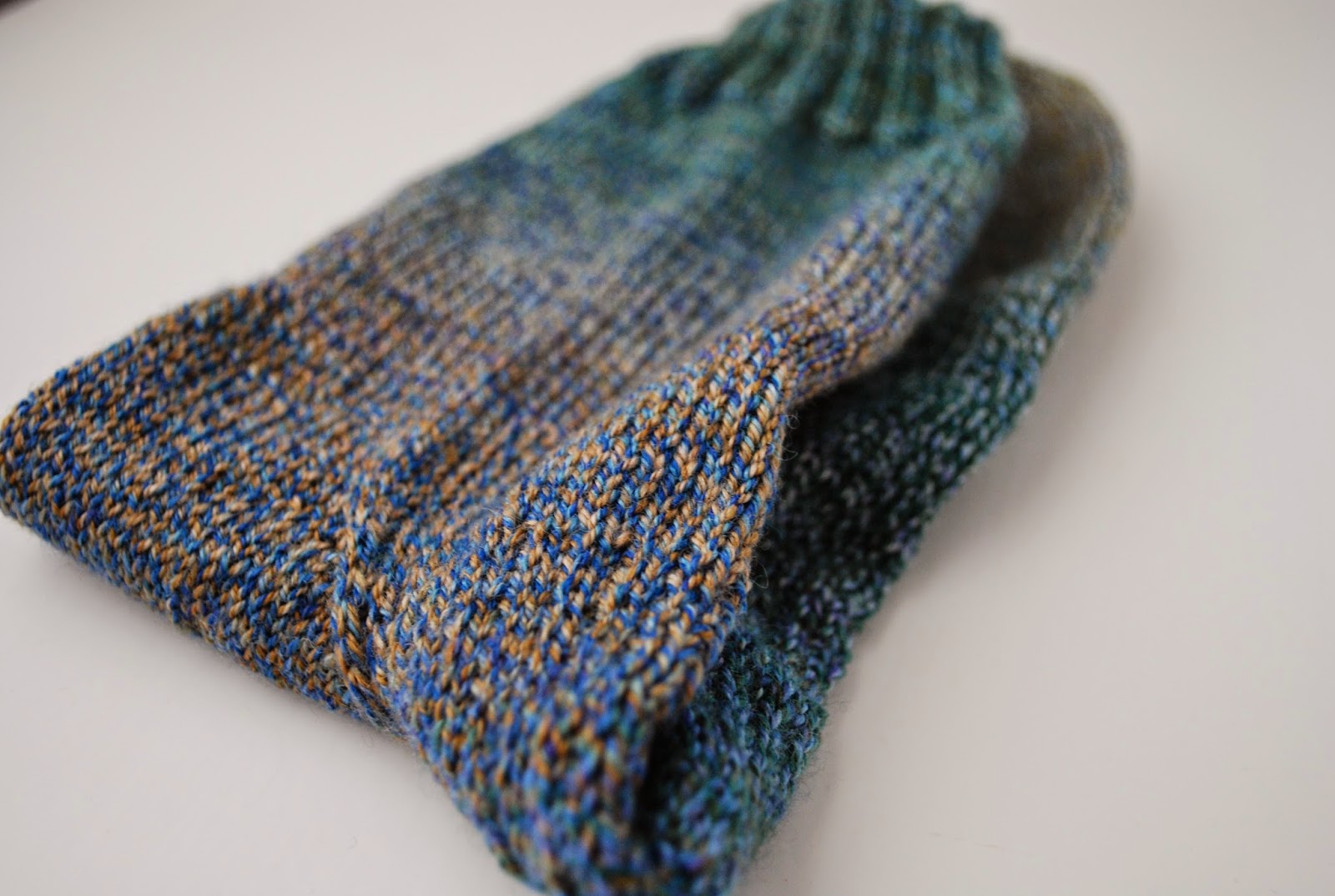 What this photo doesn't show, however, is that I knit the foot of this sock twice. I had decided to try out an experiment with a simultaneous heel flap and gusset -- something I've done before, but with the gusset increases moved to a different position. I got to the point where I was ready to Kitchener the toe (and thankfully I had not yet cut the yarn) when I thought it was a good idea to try on the sock to see how it fit. It did not fit at all, so I ripped back to the beginning of the heel flap and started over with a tried-and-true method. Somehow I managed to screw it up again (which I discovered when I started the toe at the airport yesterday and found I had two less stitches than I should have), but I was not about to rip it out again. I finished the toe, wove in my ends, and cast on for the second. I'm very much hoping that I'll have no use for these socks when they're finished, but it will be good to get them off the needles before the month is over.

Tomorrow it's back to the grind, and this week I'll get back to my normal blogging schedule. I have a lace shawl and a sweater that have made some significant progress since you saw them last, and I have a fun new piece of knitting and design-related equipment to share with you.
Posted by Sarah at 7:45 PM