Last night, I cast on for a new sweater. I didn't get very far (partly because of a certain someone who took a while to get to sleep and partly because I misread and had to tink back a couple of rows), but it's a start.

It's a bit tricky to get a picture of this because of the curling fabric, but this is the beginning of the back. This sweater has a rather interesting construction -- you start with a provisional cast on for the back neck, work some short rows, and then work down the back a bit, adding in some shaping for the arm holes. Then you put some of the provisionally cast on stitches back on the needles and work the two fronts. Later, the sleeve caps are shaped using short rows. The whole thing is entirely seamless but has the look of a set-in sleeve -- quite clever, I think. 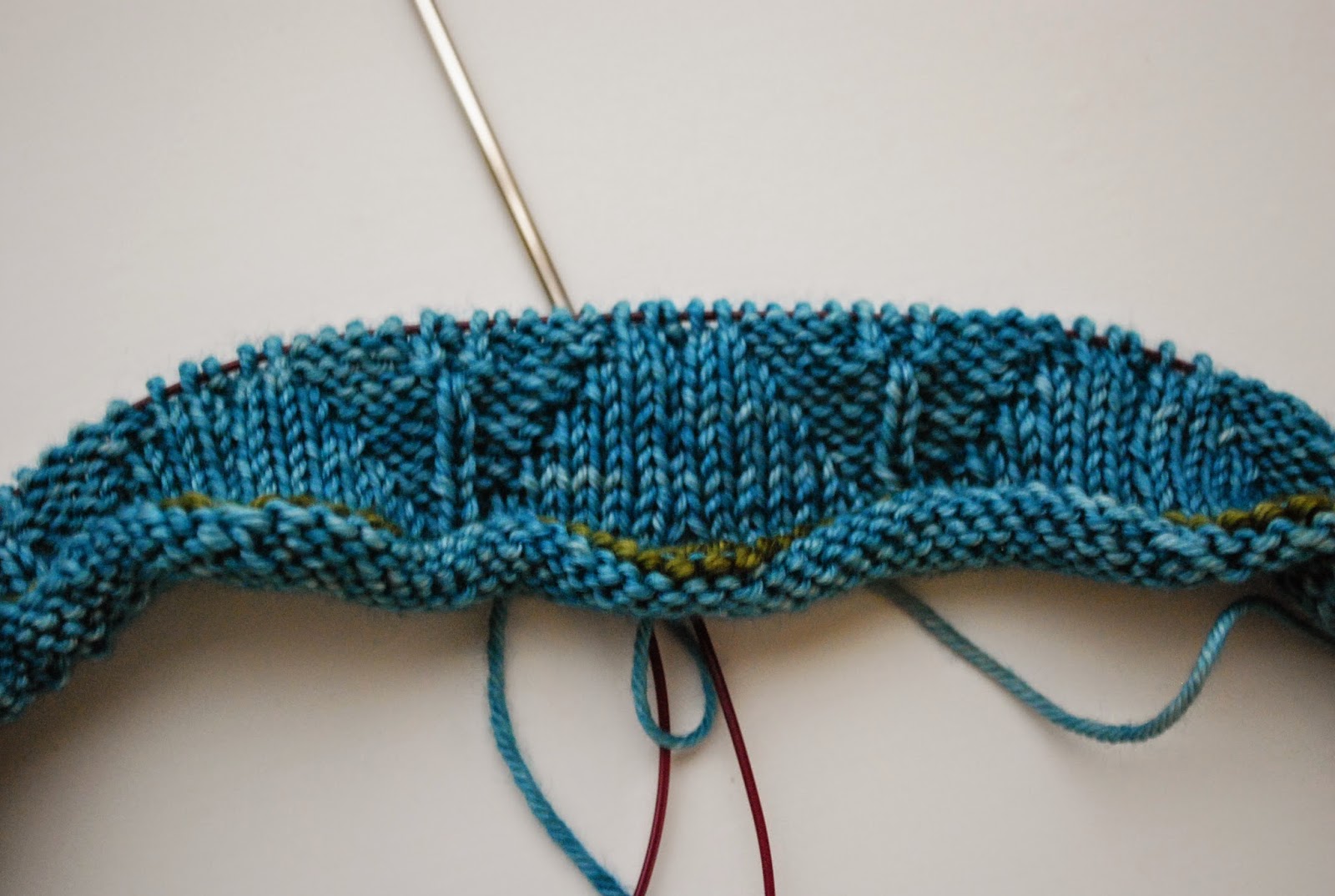 Once again I am finding myself utterly smitten with the yarn (Yarn Hollow Tor DK). The color is so beautiful, and the hand on the yarn is fabulous. I am probably going to start alternating skeins at some point, though right now I think the extra loops on the edge might cause more problems. I did not alternate skeins at all on Rainbow's Little Oak, and I can't see any visible line where I went from one skein to another, so I could conceivably be okay with using just one skein at a time. I'm not sure yet if I want to risk it. We'll see.

My Kalish socks are still moving along; I've reached the gusset on sock #2. It should be smooth sailing from here on out -- for some reason, feet always seem to go faster for me than legs, even though there's more length in the foot. I hope to have this pair finished up soon so I can cast on for a pair in handspun!
Posted by Sarah at 8:36 PM