Even though we've just come off a long weekend here in the United States, I've got another one in front of me. Tomorrow is Rainbow's last day (and I use that term loosely, because it's really only about two and a half hours) of second grade, so I am taking the day off to attend her school's final assembly and then spend the day with her. The weather report isn't looking very favorable, so while we'll probably be out and about to run a couple of errands -- including going to get Rainbow's summer haircut -- I imagine we'll spend a lot of the day inside, which means crafting time for me.

My two current WIPs look very much the same, though the ball of yarn currently being knit into my Boxy is getting noticeably smaller and my second sock is getting close to being ready for its heel. 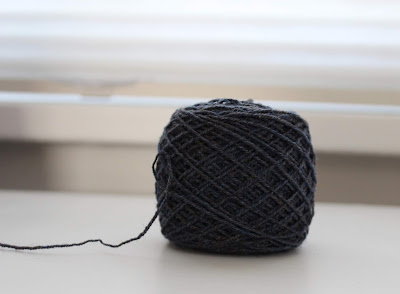 Tomorrow I'm hoping to pull out some of my washed fleece, my hand cards, and my mini combs and do some sampling. I don't know that I'm ready to process and spin the whole fleece just yet, but I at least want to have a sense of how I'm going to do it before I start that big task. I figure that a bonus day (because on the weekend I always feel obliged to do chores and errands and such) is the perfect time to do it.

Outside of crafting time, I have been enjoying some other hobbies. I've been reading a lot lately, thanks to the wonder that is the ebook, and have finished several books. I've read two Kindle books about North Korea: A River in Darkness: One Man's Escape from North Korea (which was a Kindle freebie) and A Kim Jong-Il Production, which I'd bought some time ago after hearing a bit about the story on an episode of This American Life. They were both fascinating and heart-breaking reads, and given the current geo-political situation, they felt very timely. I've also read two books recently about lexicography: Word by Word: The Secret Life of Dictionaries and The Professor and the Madman. While the former is very much about the process of creating a dictionary, in the latter it plays more of a secondary role, with the focus more on a very interesting player in the creation of the Oxford English Dictionary. Finally, a book I could not put down (in a manner of speaking) was Brain on Fire: My Month of Madness. I bought it on Kindle after receiving a recommendation e-mail and really loved it. I'd describe it as a cross between Girl, Interrupted; one of Oliver Sacks's books; and an episode of House. What is most interesting to me, in looking back at the books I've read so far this year, is that half of them have been nonfiction and that all but four of them have been ebooks. I've always said that I'm devoted to physical books, but I've really learned to love digital books. I also just recently got around to connecting to Overdrive so that I can borrow digital and audio books from the library, so I expect that this is a trend that will continue for a while. An added bonus of reading a book on my iPad is that I can read while knitting or spinning!
Posted by Sarah at 6:00 PM