A Yen for a Sweater

There's nothing quite like having projects you need to knit to give you the urge to start things you want to knit. In my case, I'm really dying to cast on a sweater or two. It felt so much like fall the past few days that I really wanted a new, cozy sweater to wrap up in, and it was so frustrating to not be able to cast on immediately. But my extreme deadline project is in the home stretch (I'm hoping it'll be done by tomorrow, at the very latest), and the two remaining projects are small enough that I can finish them up fairly quickly, so I predict that I will have a sweater on the needles by the end of the week. 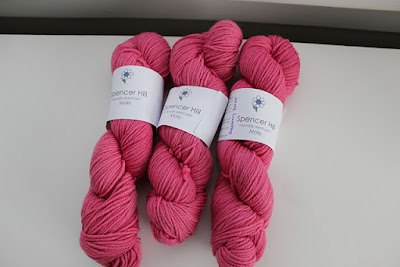 As soon as all the remaining obligation knits are done, I will finally be casting on for my Floozy cardigan. I don't imagine I'll be able to whip it up that quickly, but as the majority of it is plain stockinette, it will be a good project to have on the needles for when I need something mindless.
Posted by Sarah at 8:55 AM