I was up late on Friday night because I had to finish plying this skein: 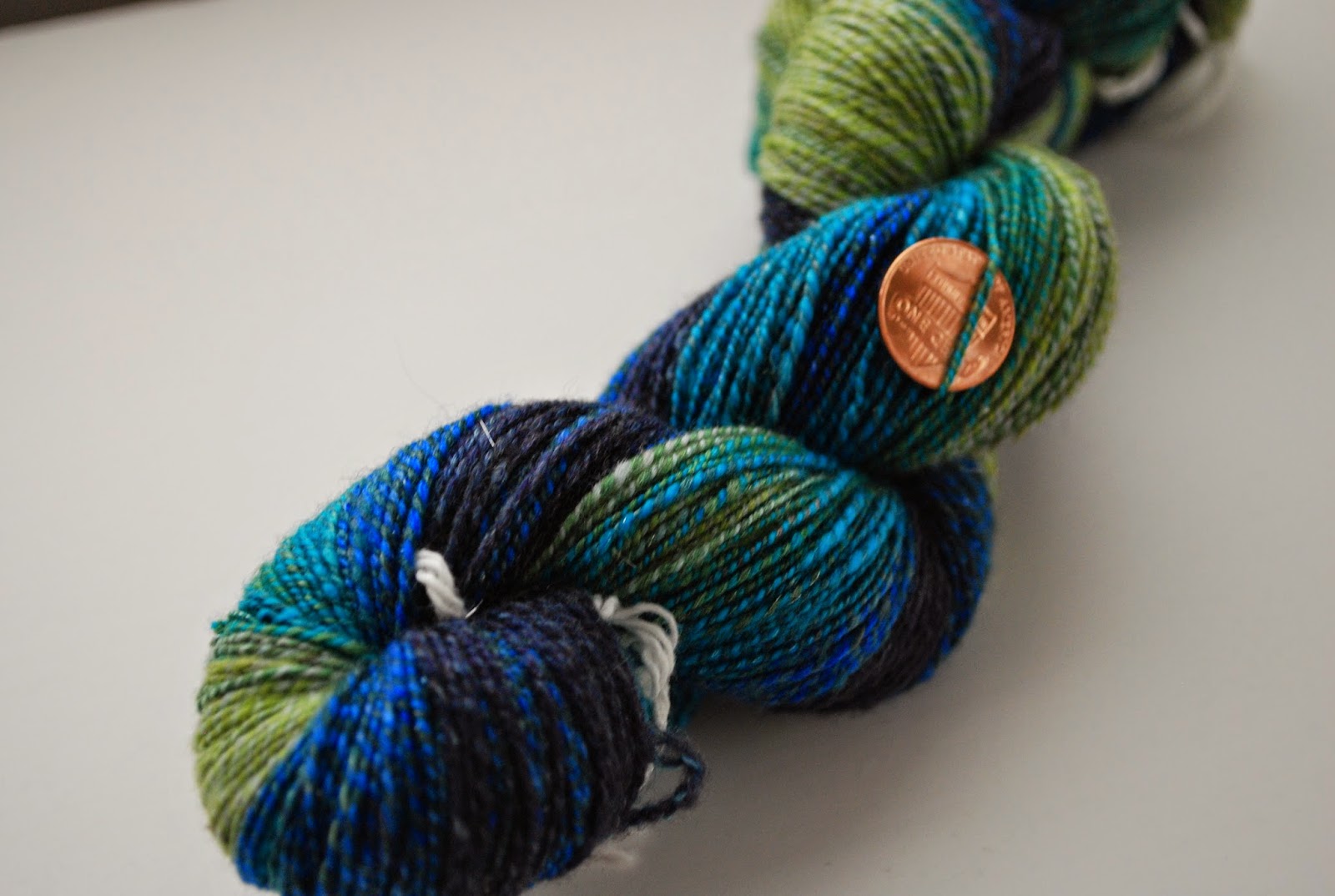 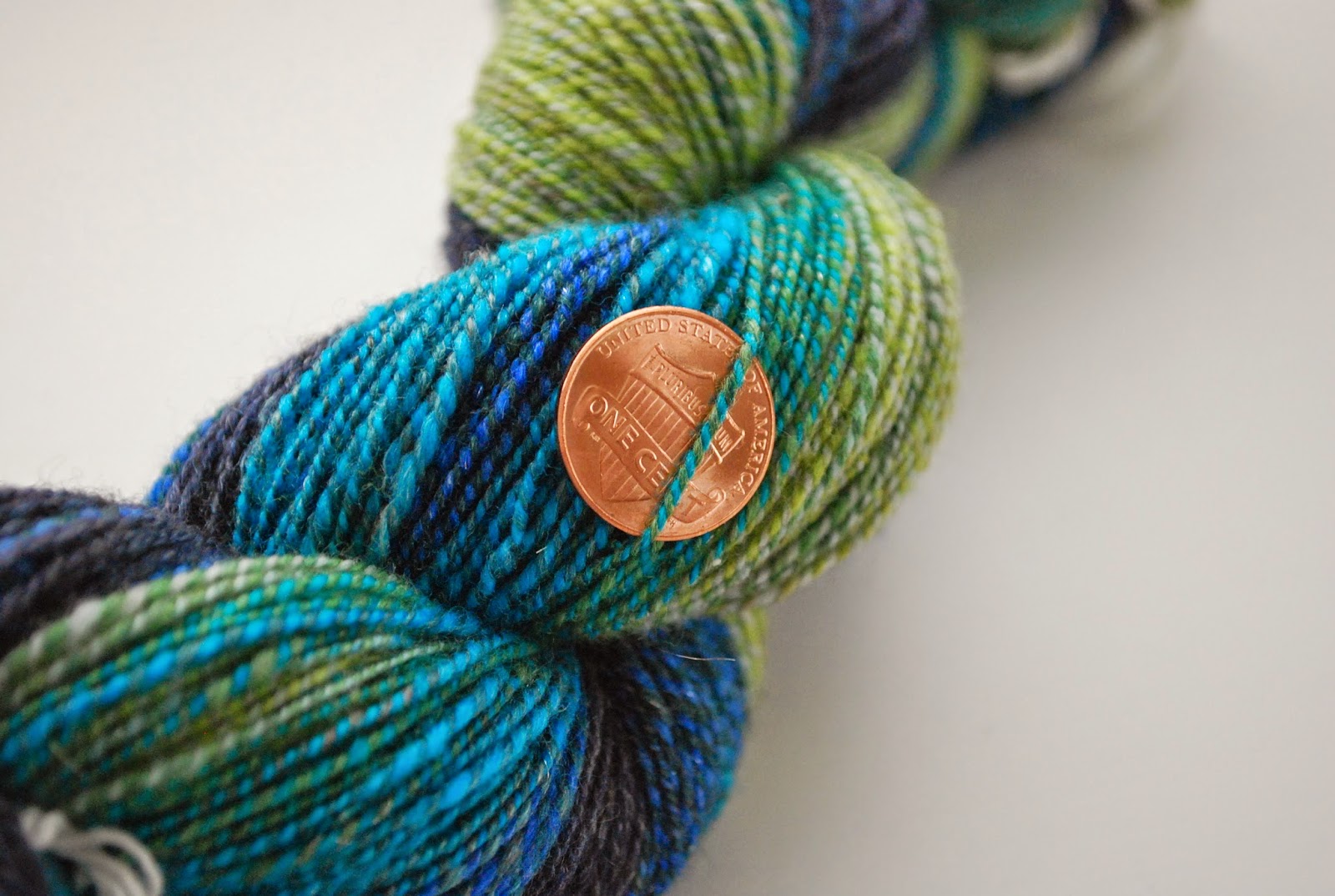 This is the yarn that I've been spindling the past couple of weeks. I bought a set of mini batts at MDSW this year from Hobbledehoy. There were eight total, four blue and four green. I decided to spin them as a gradient, from light to dark, and then ply the two colors together. This niddy noddy shot shows the progression: 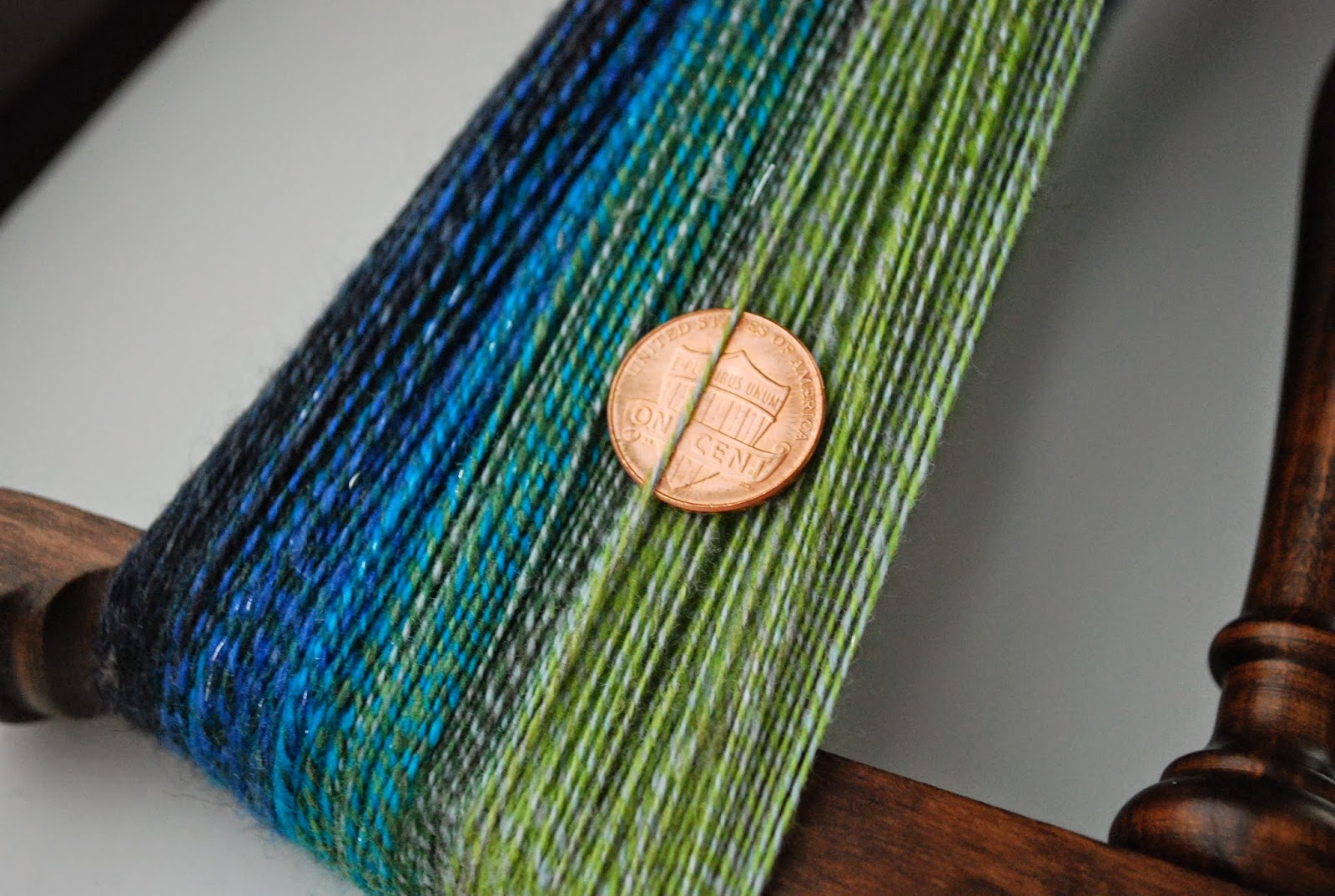 Though the yarn isn't perfectly even (there was a fair bit of texture in the batts), overall, it's laceweight and 350 yards. I suspect that there may have actually been a bit more than 2 oz. of fiber, and there was certainly more blue than green, because the green ran out long before the blue. But I managed to get every last bit of singles into the skein, and I'm very pleased with it.

I also finished up the rest of the hot pink singles from my Gourmet Stash punis yesterday and wound them off the spindle. 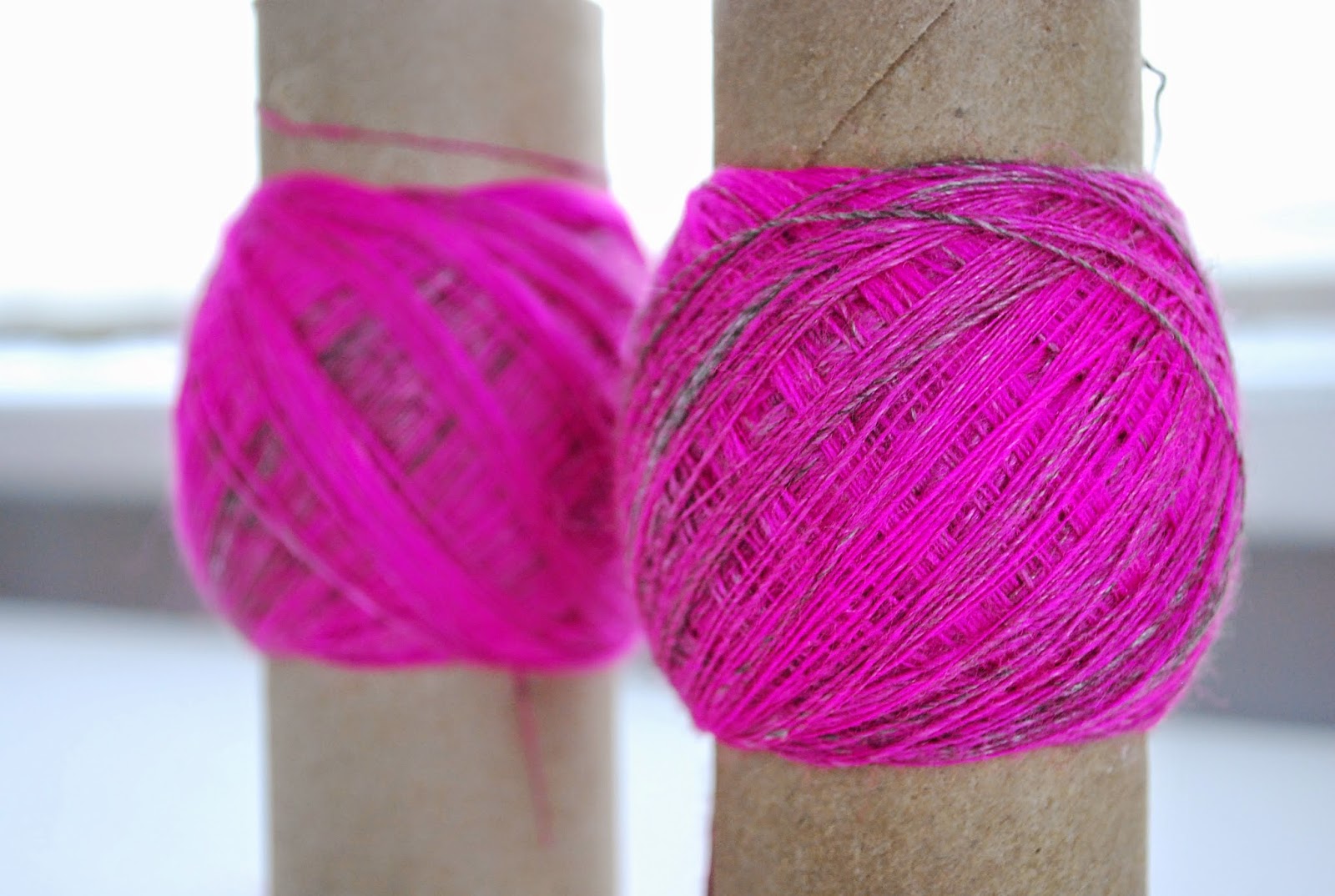 These singles will be plied on my Lendrum, in part because my Bosworth Mini (on which the singles were spun) suffered a pretty major injury while I was spinning. I dropped it at one point when the singles broke -- this happens from time to time and explains why it's called a drop spindle. Normally, this isn't a problem, but this time, the whorl completely loosened and now can move freely on the shaft. That's not really supposed to happen, but I got in touch with Sheila Bosworth on Ravelry and she suggested I send it back so that Jonathan (the maker of the spindles) can take a look at it and, I hope, fix it. Fortunately, it wasn't serious enough that I couldn't keep spinning and finish the project -- but what would the Tour de Fleece be without an equipment malfunction?
Posted by Sarah at 3:30 PM