Now that the three weeks of all spinning, all the time are over, I've returned back to my knitting projects, which have basically been at a standstill since the beginning of the month. I put in a handful of rows on the lower part of the body of my Sople at my LYS over the weekend (mainly because I had forgotten the chart I needed for my other project), and I'm nearing the end of this section. This part is rather tedious because it involves twisted ribbing worked flat, so each row takes a good bit of time. Eventually I'm going to need to sit down and power through this part so I can move on to the sleeves.

My main focus the past couple of days, though, has been my crescent shawl. When last you saw it, I thought I was nearing the end. However, I quickly realized that my yarn supply was not going to last for as long as I needed it to. I ended up ripping back to the halfway point and then ripping out two repeats beyond that. That became my new halfway point after which I started decreasing. I have four repeats left to go, and as my stitch count is much smaller now, I should be able to manage those repeats tonight. 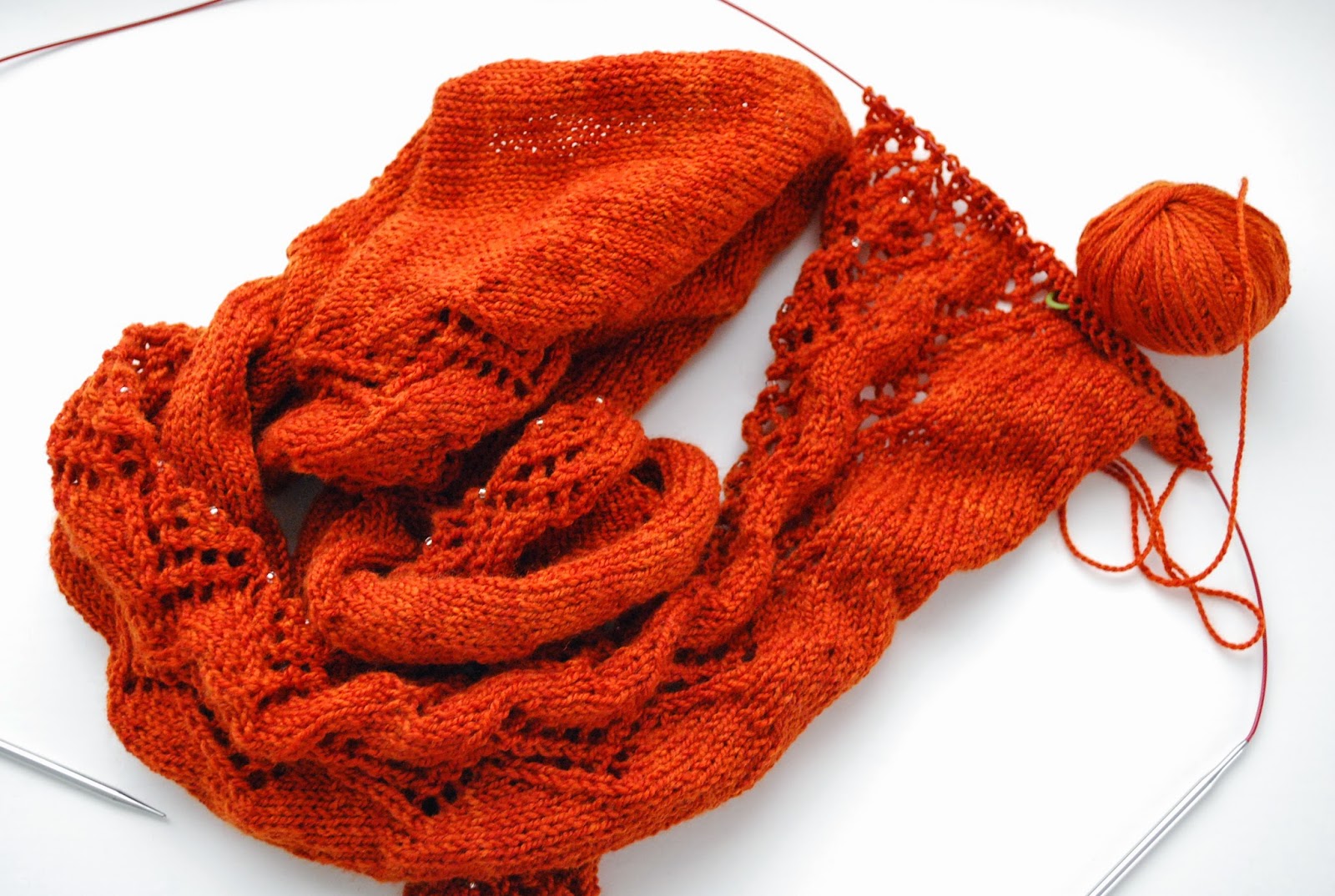 I am excited to block this and see the lace fully opened up. I think I will end up with a total of 30 repeats, which should make for a good width once blocked.

I also cast on a new pair of socks over the weekend, which I can't really show you because they're for a new design. (I actually swatched with a different yarn for a submission, but I thought I'd start a full pair for myself. That way, if the submission isn't successful, I have a sample all ready to go for self-publishing.) I can, however, show you the yarn, which is Sock That Rock Lightweight in Haida Fledge. 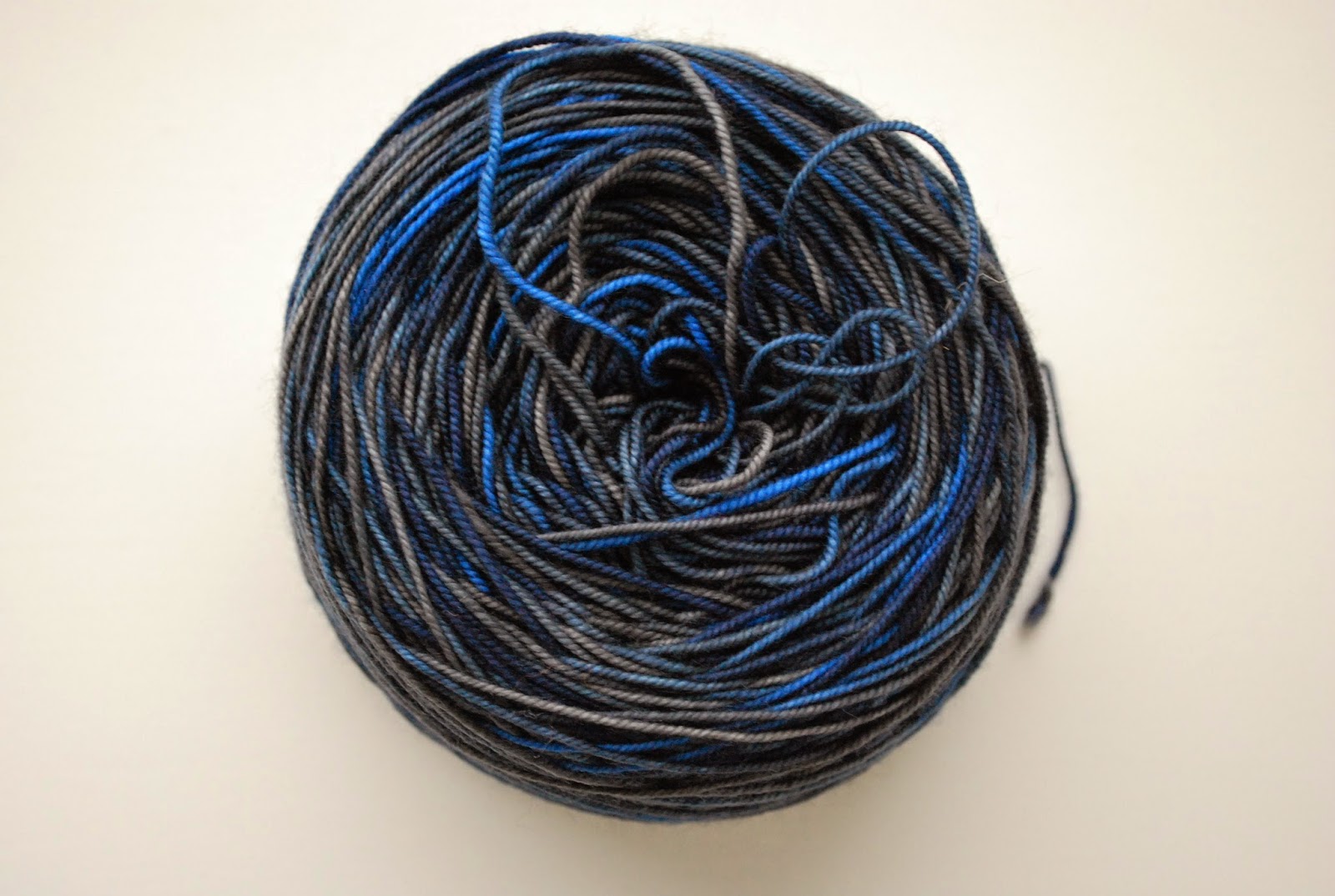 I was deciding between this colorway and another one that was sort of a light purple-y gray at my LYS, but I thought this might have more depth to it because of the different colors. It's subtle, but I think it will work well. My one complaint is that I'm having a needle dysfunction. I'm using a pair of my Addi Sock Rockets, and it seems that the finish on one of the tips has chipped off. This happened to me once before, so I suspect some sort of manufacturing flaw. I'll be taking them to my LYS this weekend to see if it's something that requires sending the needles back to the manufacturer. It's a shame, because otherwise these have become my favorite needles for sock knitting.
Posted by Sarah at 7:33 PM