I spent part of Sunday afternoon and part of the evening plying up the pink singles from the Gourmet Stash punis. The nice thing about a small amount of fiber is that it doesn't take very long to ply! I did minimal finishing on the skein because I was impatient -- I just let it soak in my bathroom sink in some hot water for about half an hour. When I took it out, there was a lot of pink in the water, but the yarn still seemed just as vibrant. I put my hands in the middle of the skein and snapped it several times to distribute the twist, and it pretty much behaved. By yesterday morning, the skein was dry. 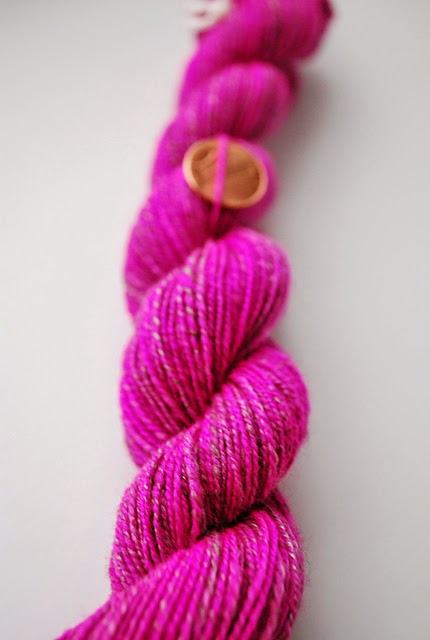 I also started another spindle project on Saturday for the Tour de Fleece challenge day, though I'd say it's unlikely it'll get done by the end of the week. I had an ounce of pure Tussah silk from Blue Moon Fiber Arts that I bought at my first MDSW (that would be in 2011) that I was afraid to spin until now. I started spinning it on my wee Turkish spindle, which is always fun to spin. 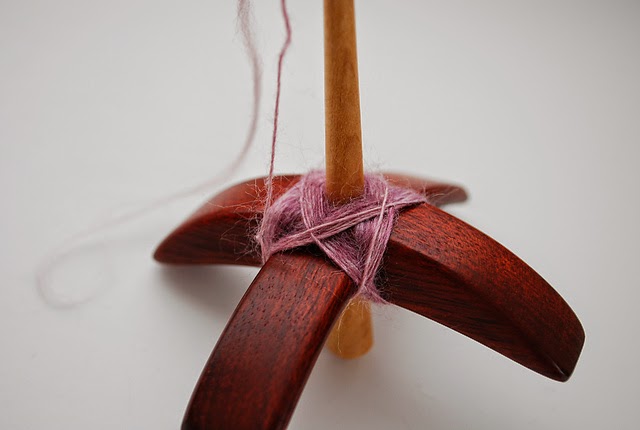 This is one of those spinning projects that I expect I'll pick up every now and then and spent a few minutes on before putting it away again. It's a relaxing little spin, but not one I'm feeling terribly rushed to finish. 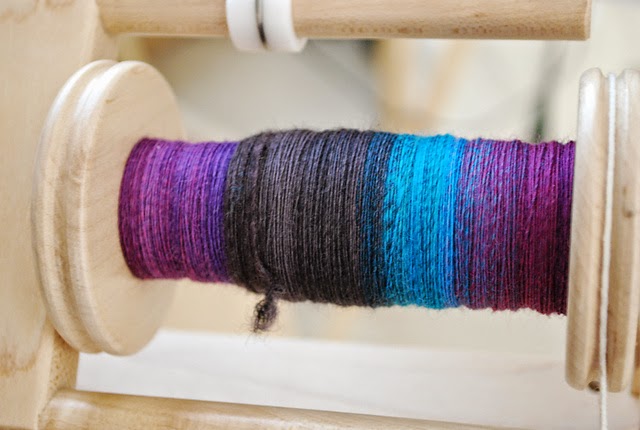 I figure that if I can get the other two bobbins finished in the next four days, then I can have it all plied and finished by Sunday. It's a shame I can't count all the treadling I'm doing toward my daily step count!
Posted by Sarah at 8:24 AM