I've been in a singles-spinning mood lately. I finally finished up the bobbin of Targhee singles from my FatCatKnits club shipment earlier in the week and I quite like them: 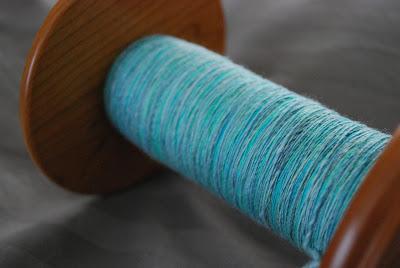 Rather than starting to ply this batch or its complement, I immediately started in on a new batch of fiber. My shelf of shipments from the Southern Cross Fibre club is getting quite full (in fact, when I went into that room earlier this evening, one bag had launched itself onto the floor!), so I pulled out a bag from last fall and started spinning it. This is another batch of Corriedale in a colorway called Autumn. I split the fiber in half vertically and then split each half in half again, and I'm spinning up one strip out after another. 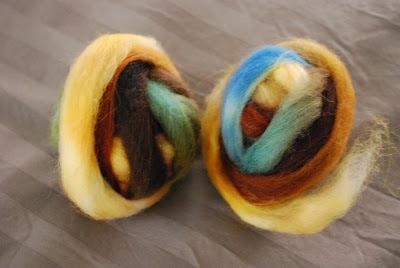 I'm about halfway done with the singles at this point thanks to a couple of hours at the wheel this afternoon. 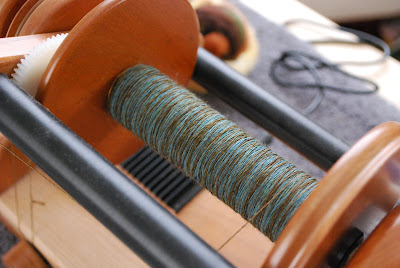 I'll be having a plying party once this bobbin is done -- three bobbins will need to be chain plied! I think I may save them for the start of Stash Dash, as it would be nice to start out with some decent meterage.
Posted by Sarah at 8:12 PM