Needless to say, I have not been doing any spinning in the past week, which is why there was no spinning post yesterday. I have, however, been working with handspun, which I guess is the next best thing. And I finished a thing -- my last Gift-a-long project!

Here it was earlier this afternoon, poolside, very close to completion: 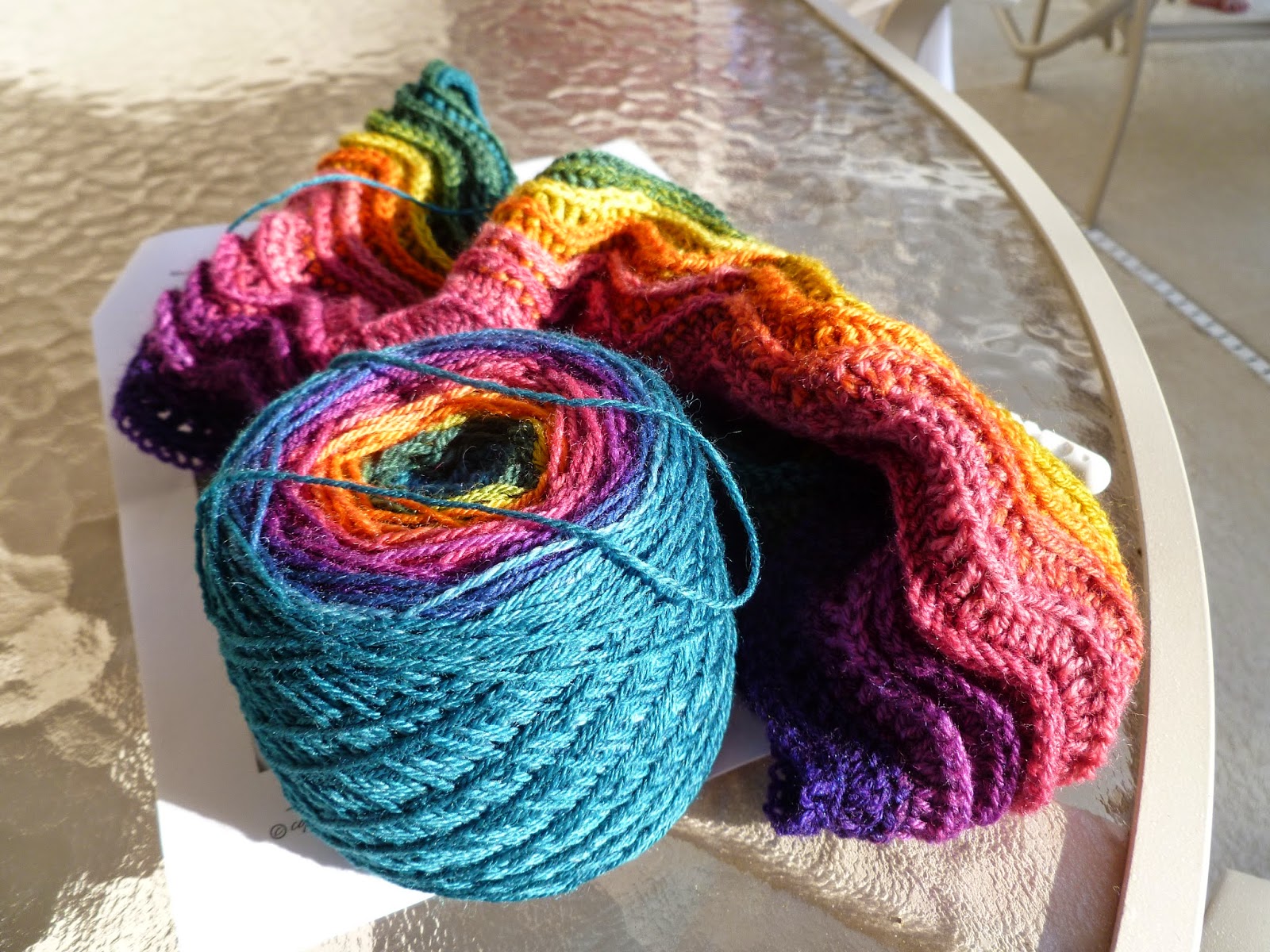 And here it was a short while later, after I finished the final round: 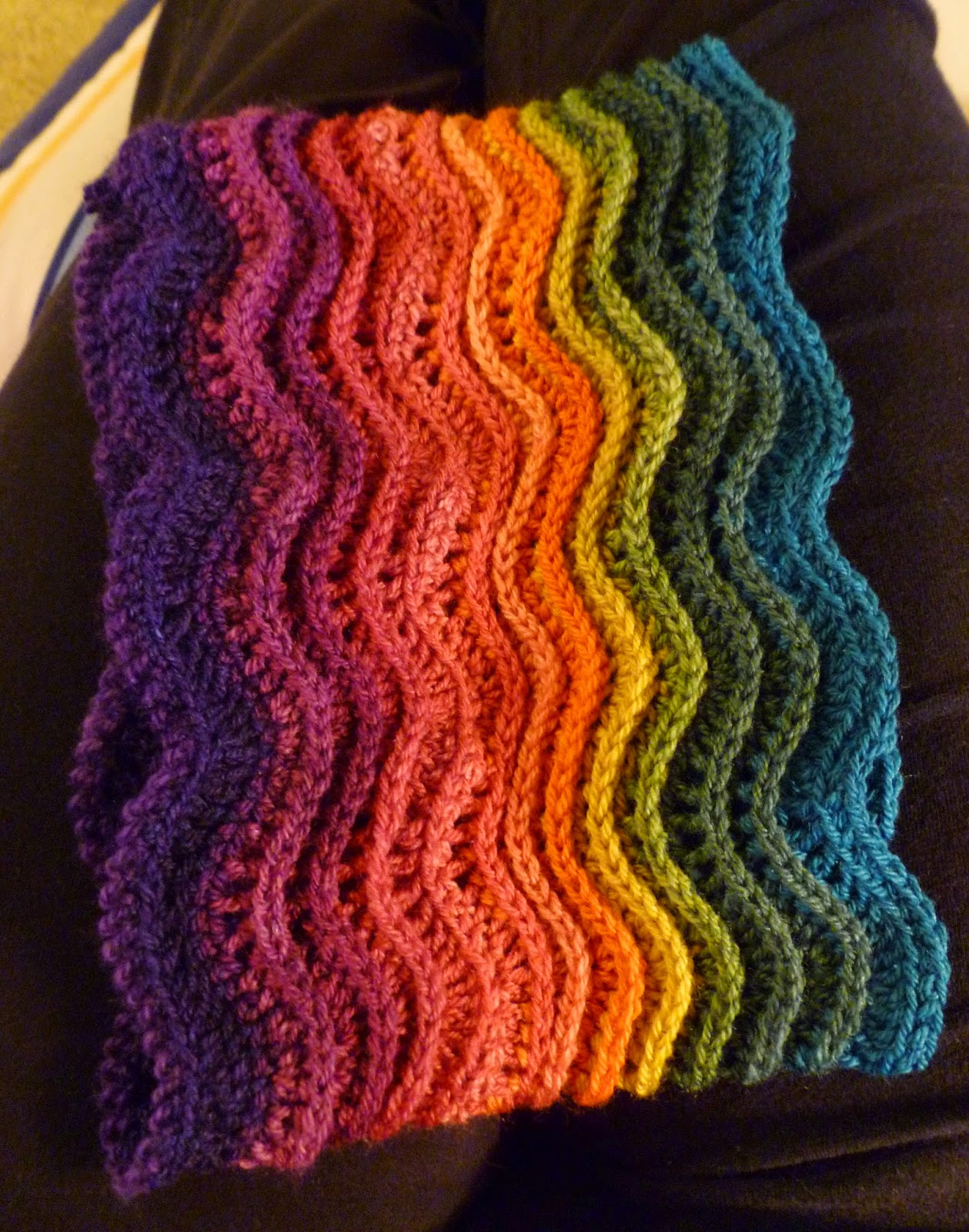 I nearly made it through one full color sequence, which means I used a bit less than half of my yarn. And you know what? I enjoyed almost every minute of it (the only part I didn't like was the messed-up first attempt). I definitely gained speed as the muscle memory came back to me and I remembered what it felt like to crochet. There are tons of mistakes, but I did a lot of fudging, and frankly I don't think you can see them unless you get really close and start counting stitches.

I will save the official FO post for after I'm home and can block it properly, but the pattern is the Dalgada Cowl by my friend Amy Maceyko. The pattern calls for worsted weight yarn and an H (5.0 mm) hook, but I wanted to use my much thinner handspun and so used an F (3.75 mm). My cowl is thus a bit smaller and lighter than the original, but I think I can block it out a bit bigger -- there is silk in the yarn, after all.

It had been years since I last did any real crocheting, and I have to say that I really enjoyed it. I foresee some more crochet projects in the coming year!

Tonight, the goal is to finish this purple Malabrigo hat: 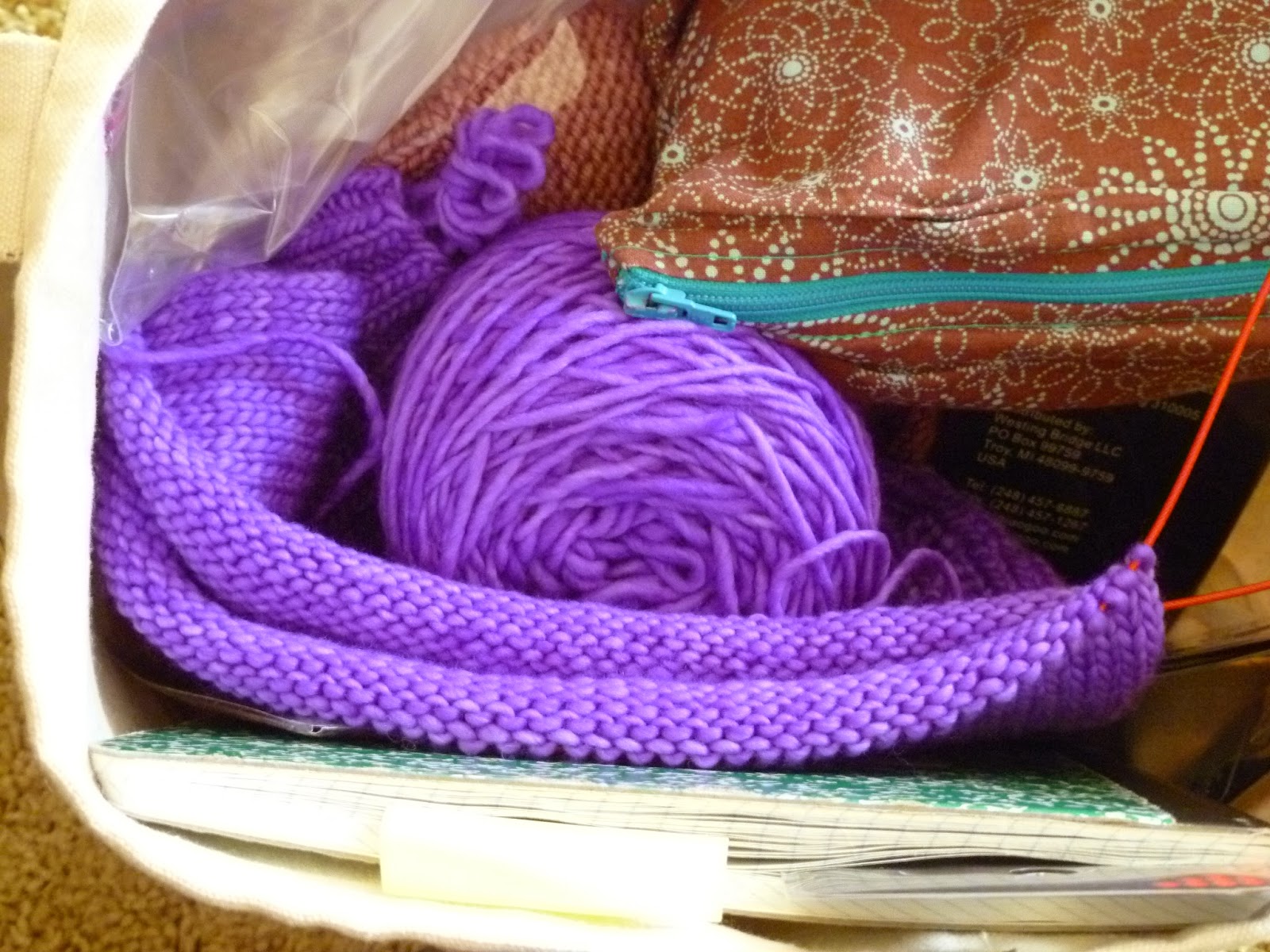 I have about an inch and a half or so before I start the crown decreases, and once this one is done, I can cast on for my Color Affection! You know what that means? I packed just the right amount of yarn for my vacation! (Well, perhaps there was some extra sock yarn, but sock yarn never counts!)
Posted by Sarah at 8:37 PM